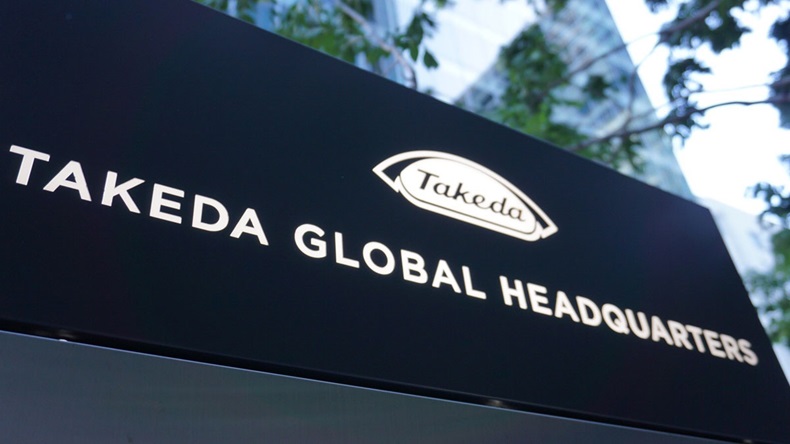 Takeda Pharmaceutical Co. Ltd. unveiled its third gene therapy collaboration in less than two months on 12 October, this time teaming with Poseida Therapeutics, Inc. on a research, development and licensing agreement for six gene therapy candidates, including one for hemophilia A.

The Japanese pharma is paying $45m up front for access to multiple Poseida technology platforms, with a plan to develop six gene therapy candidates in liver and hematopoietic stem cell-directed indications and potential to add two more programs. It comes a week after Takeda announced a tie-up with Selecta Biosciences, Inc. on next-generation gene therapies for lysosomal storage disorders, and in August the Japanese pharma signed a deal with Genevant Sciences on non-viral gene therapies for liver diseases.

FDA seeks advice on screening patients potentially at higher risk for liver and other injuries, strategies to implement before or after gene therapy administration to head off or mitigate potential adverse events, and whether upper limits should be set for the total vector genome dose and total capsid dose.

During a same-day investor call, Poseida CEO Eric Ostertag said the piggyBAC gene-insertion platform is highly efficient and can deliver large transgene cargo. “It works in every cell site ever tested, and it has advantages in tolerability, speed to the clinic and cross manufacturing,” he added. The process enables a gene therapy to be integrated into the patient’s DNA, resulting in stable, long-term expression, the CEO said, creating the possibility of therapeutics offering cure with a single administration.

Under the agreement, Takeda also gets access to Poseida’s Cas-CLOVER gene-editing technology and biodegradable DNA and RNA nanoparticle delivery technologies. The Cas-CLOVER platform provides highly efficient editing, Ostertag claimed, with little to no off-target mutations or transplantations compared to CRISPR-Cas9. The company’s delivery modalities work effectively in dividing tissues, the exec explained, such as the juvenile liver, creating the potential for pediatric gene therapy products.

While the deal confers licensing rights for six-to-eight preclinical gene therapy pipeline candidates to Takeda, Poseida will retain its lead gene therapy candidate, P-OTC-101, which is advancing toward investigational new drug (IND) application filing for ornithine transcarbamylase deficiency in 2023, according to Ostertag.

The most advanced candidate going to Takeda is preclinical P-FVIII-101 for hemophilia A, which Ostertag said will offer a good proof-of-concept opportunity for Poseida’s technology since it will require delivery of a large transgene. The Factor VIII transgene likely would not fit in AAV capsids used by other companies for gene therapy delivery, he said.

Hemophilia has been a popular target for gene therapy development; uniQure N.V. and Pfizer Inc. are closest to getting to market with gene therapies for hemophilia B, while Biomedtracker reports six gene therapy candidates are in development for hemophilia A, with Roche Holding AG/Spark Therapeutics, Inc., BioMarin and Pfizer with programs in Phase III. (Also see "Five Hematology Drug Launches To Look Out For In 2022" - Scrip, 30 Aug, 2021.)

In addition to the hemophilia A candidate, Takeda gets rights to three discovery-stage programs for undisclosed liver indications and two HSC-directed programs under the agreement. The companies are keeping details about indications and timelines under wraps for now.

Beyond the $45m upfront fee, Takeda could pay out more than $125m in near-term preclinical milestones under the deal, according to Ostertag. Poseida additionally could earn up to $2.7bn in development, regulatory and commercial milestone fees tagged to the first six programs, a total that could reach $3.6bn if Takeda elects to add two more programs to the project. Poseida will lead the preclinical work up to candidate selection, with the Japanese pharma taking over further development activity as well as commercialization. Takeda will also fund all R&D costs for the collaboration.

BTIG analyst Justin Zelin called the deal transformational for Poseida. “We view this partnership as validating to both Poseida’s differentiated technologies and their gene therapy pipeline … with additional synergies given Takeda’s expertise in rare disease drug development, including hemophilia,” he said in a 12 October note. Takeda’s global leadership position in rare diseases following its acquisition of Shire Pharmaceuticals Group PLC and its recent focus on gene therapy partnering make the Tokyo-based conglomerate an ideal partner for Poseida, he added.

On 23 August, Takeda signed a partnership with Genevant Sciences to use that company’s non-viral gene therapy technology in liver disease indications. (Also see "Asia Deal Watch: Innovent And Bolt Collaborate On Immune-Stimulating Antibody Conjugates" - Scrip, 30 Aug, 2021.) It was second collaboration between Genevant and Takeda, following an agreement in March worth up to $600m to develop nucleic acid therapeutics directed to specified targets in hepatic stellate cells to treat liver fibrosis.

Under the August partnership, Genevant can earn up to $303m in upfront and potential milestone payments, plus royalties on future product sales. Takeda obtained exclusive rights to utilize Genevant’s liquid nanoparticle technology in the development and commercialization of specified nonviral gene therapies for up to two undisclosed rare liver diseases.

Then, on 4 October, Takeda unveiled a licensing pact with Selecta Biosciences to develop targeted, next-generation gene therapies for lysosomal storage disorders. Selecta got an undisclosed upfront fee under the deal, with potential for up to $1.124bn in development and commercial milestones.

Takeda will employ Selecta’s ImmTOR technology – a tolerogenic platform technology that can amplify the efficacy of biologic therapies and enable redosing of gene therapies, the biotech said. Takeda hopes the technology will enhance transgene expression and address the immunogenicity issues seen with AAV vector-delivered gene therapies.

From Auto To Allo: Poseida Tries To Pick The Winning CAR-T Team

Five Hematology Drug Launches To Look Out For In 2022