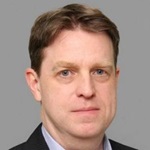 The Asia-Pacific region can by turns surprise, excite, confound and delight – depending on who you are and what you’re doing.

Picking out major themes for the pharma industry across the region is a real challenge given the diversity of economies, regulatory systems and commercial opportunities. How can you link the sweep of Chinese regulatory reforms with Korean companies’ international expansion?

But perhaps the one thread that can be teased out is the pursuit of innovation – although the drivers vary widely. Chinese ventures are increasingly moving into original R&D, with CAR-Ts emerging as one priority in the push for value. The past ability of companies in China to rely on established products is being disrupted by the increasing commoditization of generics, creating a need to elevate innovation.

Meanwhile, the government is promoting timely access to new drugs via fundamental regulatory reforms – but with a sharp eye on costs, as evidenced by the huge “4+7” competitive bidding scheme in major cities.

In this rapidly evolving environment, multinationals are still finding growth for their new (and usually non-reimbursed) drugs. But there are questions over how the broader slowdown in economic growth will affect cost controls and patients’ ability to pay for effective new therapies, and how the simmering trade dispute with the US may play out.

In South Korea, research efforts are paying off as evidenced by some big licensing deals with multinationals. Although not all these have panned out, there is a clear shift going on to internationalize, both through such partnerships and independently, while some foreign firms are raising investment.

In biosimilars, the country is already a global leader, and the government has been highly supportive of cell and gene therapies as an emerging area to drive future economic growth, supported by new legislation. While the quality issues with pioneering gene therapy Invossa rocked the local industry, it has taught some valuable lessons.

For India’s big generics firms, an increasingly price-competitive US market has led to the escalating pursuit of differentiated complex generics and some completely innovative drugs, either from internal or external sources. The respiratory sector is proving a draw, while more companies are looking east and pursuing partnerships to build out in China.

In Japan meanwhile, innovation – and the clear demonstration of such – is becoming critical to benefit from changes in the reimbursement price calculation system and under a steadily expanding system of cost-effectiveness assessment. Drug costs are only coming under more scrutiny as high-priced cell and gene therapies begin to reach the market.

Even so, the country’s regulators clearly remain firmly committed to ensuring timely and safe access to new modes of therapy, with a clear eye on patient benefits.

Should anyone be feeling complacent, several high-profile trial failures in the region this year serve as a reminder of the constant challenges inherent in drug development.