2017 is predicted to be action-packed for the Indian pharmaceutical industry. Compliance-related issues, consolidation, a potential pick-up in collaborations between innovator and local firms, and activity around Indian biosimilars on the global stage, are just some of the things to keep an eye out for. Meanwhile, India’s demonetization move and the Trump presidency will be reminders to expect the unexpected, say experts. 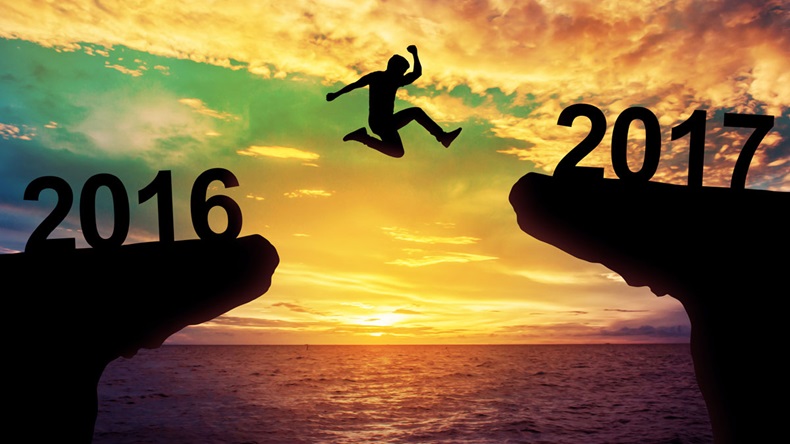 Brace for action on various fronts in the Indian pharmaceutical industry and possibly some disruption too - that’s the general forecast for 2017 according to a number of industry experts.

While price-related headwinds cannot be wished away, compliance, collaboration, and maybe a dash of consolidation, are some of the prominent themes that are seen playing out in the new year. Some top executives are hopeful that the Narendra Modi-led government will plough deeper with its much publicized “ease of doing business” initiatives.

“I expect that a number of regulations are likely to be re-examined and simplified in multiple domains across the pharmaceutical sector,” Novartis India country president Jawed Zia told Scrip.

The key events that the Novartis president hopes will play out include an easing of restrictions on local clinical trials that will facilitate faster launches of innovative pharmaceutical products, and “considerable acceleration” in collaboration between innovative research-based companies and local generics firms.

The latter, he emphasizes, will help broaden reach and be a win-win for all stakeholders. Novartis itself has a few alliances with local firms for products such as vildagliptin in India.

Industry veteran Dr. Ajit Dangi, president and CEO of Danssen Consulting and a former director general of the Organization of Pharmaceutical Producers of India (OPPI), which represents foreign firms in India, also sees a harmonization of certain Indian regulatory guidelines with those of the developed world.

“We have already seen this in case of clinical trials and biosimilar guidelines. On the intellectual property rights [IPR] front, however, we have a long way to go,” Dangi, also a former president and executive director of Johnson &Johnson India, told Scrip.

A recent panel discussion in India brought to the fore simmering tensions over the country's guidelines on biosimilars, with some panelists suggesting the guidelines compromise on patient safety while other experts sought to tone down any alarmist conclusions.

Then there is action anticipated around rising quality standards, which would require better enforcement and Zia suggests that this is, in turn, will lead to consolidation in the sector either by way of acquisitions of companies or brands or by collaborations.

“Either way this will be good for the industry,” Zia said.

An uptick in compliance related activities – both oversight by Indian and foreign regulators and a greater focus in the area by companies in India – is anticipated in 2017.

Novartis’s Zia said that compliance has come to stay and will continue to be in focus; he also hopes that a “well-balanced and pragmatic” Uniform Code for Pharmaceuticals Marketing Practices (UCPMP) that is “implementable” will be made mandatory in India. (Also see "'Upheavals' In Store As India Set To Mandate Marketing Code" - Pink Sheet, 21 Oct, 2016.)

“Indian companies export a significant amount of their turnover and so they will have to focus on compliance to stay competitive. Companies will continue to invest on compliance-related initiatives both internally and externally,” he says.

Viren Mehta, managing member of Mehta Partners LLC, a strategic business advisory, told Scrip that 2016 has been a better year for the Indian industry, where the number of warning letters and import alerts from the FDA for Indian sites declined as compared to 2015.

“Indian pharma companies demonstrated strong improvement on the global regulatory front, as the number of warning letters (8 vs.12) and import alerts for Indian sites (3 vs.12) in 2016 versus 2015 is a noteworthy positive. This demonstrated progress will continue,” Mehta declared.

He also observed that in 2015-16, regulators, mainly the US FDA, stepped up the frequency of checks, demanding stricter compliance, leading to a higher number of Form 483 issuance rates versus the past. A Form 483 is a notice of the FDA's inspectional observations that lists deficiencies in quality systems.

Mehta also referred to a series of global events/ trends that could impact Indian firms in 2017, including the evolving geopolitical situation and the impact of US channel consolidation versus faster approvals through the GDUFA (Generic Drug User Fee Amendments) system.

“[US President Designate Donald] Trump and [Angela] Merkel are on top of most of the lists, but the legislative agenda across the EU, Japan, the US as well as many other important markets bears watching,” Mehta said.

He notes how channel alliances/consolidation in 2016 (Walgreens-Rite Aid, McKesson-Walmart) will continue and impact the US generics market, including higher volume discounts and higher working capital needs, challenging margins.

“The companies with high profits from the US (such as Aurobindo Pharma Ltd., Zydus Cadila) may have better foundation to weather the impact. Late entrants (such as Torrent Pharmaceuticals Ltd., Strides) have benefited greatly from GDUFA, attracting other competitors, and this trend should continue in 2017.”

There have been certain significant advances by Indian firms in the biosimilars segment too. Mehta notes that a handful of Indian companies invested “wisely”, and “their patience should be rewarded” in 2017, as the US biosimilar market opens further.

Pfizer hopes positive top-line Phase III trial data on its Herceptin (trastuzumab) biosimilar can help it tap the lucrative market in HER2-overexpressing cancers, but analysts say that therapeutic space looks increasingly crowded with no clear favorite yet in sight.

On Jan 11, the partners said that the FDA had accepted Mylan’s BLA for the proposed biosimilar trastuzumab and that the anticipated FDA goal date set under the Biosimilar User Fee Act (BsUFA) is Sept. 3, 2017.

Most experts also see a continuing trend of mergers and acquisitions (M&A) and divesture of tail-end, mature brands by innovator firms which could potentially attract Indian interest.

A recent round table on pharma industry trends has highlighted the hunger of cash-rich Indian firms for acquiring companies with niche portfolios in regulated markets including the US. Innovator companies shedding their generic units also present significant opportunities for Indian firms. Both trends are expected to build amid apparent Indian interest in the Teva-Allergan divestiture in Europe.

Dangi emphasized that with over 10,000 pharma manufacturers and an “intensely” fragmented market, a “strong dose” of consolidation to increase the scope and scale of economies is “badly needed”.

“M&A deals as well as in/out-licensing to focus on core strength and shedding mature brands with low profitability and market share is likely to pick up steam,” he says.

Mehta suggests that the increasing desire for specialty and orphan pharma products will attract complex injectable generics and repurposed molecule opportunities. He claims that Mehta Partners conceptualized and realized the mature product divestment opportunity with the Novartis-Sun transaction and expects many to follow this “creative trend”.

ANALYSIS: Inside The Sun-Novartis Japan Deal

Like all pharma transactions, the Sun-Novartis deal in Japan took its time to come to fruition – around six months from conceptualization is a fair guesstimate.

But beyond the traditional action areas, experts caution that industry should probably also factor in some disruption.

Dangi says that as the Indian economy begins to get integrated with the global economy and enters the digital era, “radical” changes are likely to take place in the business environment oft described by the acronym VUCA (volatile, uncertain, complex and ambiguous).

“Brexit, the Trump presidency, Indian demonetization, the Tata corporate feud (the group is locked in an acrimonious public battle against the ousted chair Cyrus Mistry) and India’s proposed GST (Goods and Services Tax) regime have shown that the disruption is the new normal,” Dangi said.

Mehta suggests that one thing that is certain about the new Trump administration is uncertainty.

“Let us add another word, inconsistency. Best strategy will be flexibility and opportunistic preparedness to adapt as the landscape evolves,” he advised.

Dangi said that while disruptions such as the ban on fixed dose combinations, US FDA compliance issues and an increasing span of price controls will have some impact on the business of domestic firms, factors such as the increase in disposable income, rise in life style diseases, increasing healthcare penetration and in government spend on healthcare and insurance, and expected corporate tax reforms, in the forthcoming India budget will all positively impact industry. (Also see "India's 'Haphazard' Ban On 344 Combos Struck Down But Will Science Prevail?" - Pink Sheet, 5 Dec, 2016.)

India's 'Haphazard' Ban On 344 Combos Struck Down But Will Science Prevail?

'Upheavals' In Store As India Set To Mandate Marketing Code