Architect Of Keytruda Reflects On A Great Scientific Success Story

As Merck Presents Yet More Data On Blockbuster At ESMO

Eric Rubin, who heads up early oncology clinical development at Merck Research Laboratories, tells Scrip that it became clear very early on that Keytruda was something special. 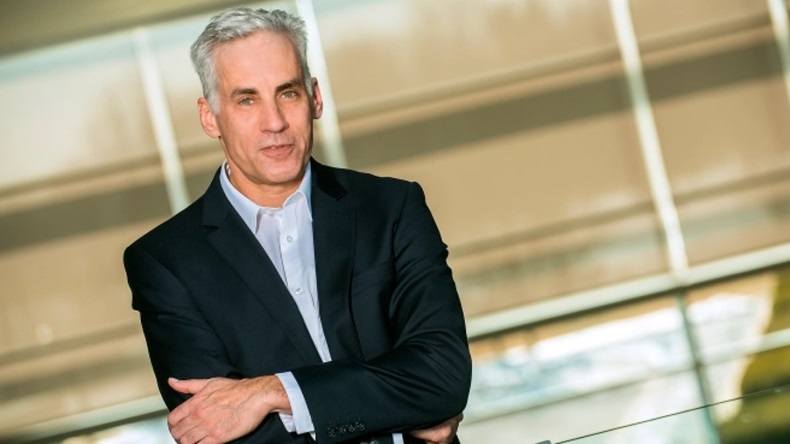 Keytruda will once again feature prominently at the upcoming European Society for Medical Oncology (ESMO) congress and Eric Rubin, who led the initial development of the anti-PD-1 immunotherapy marketed by Merck & Co., Inc. (known as MSD outside the US and Canada) will be in Paris to hear how the game-changing treatment is continuing to dominate the headlines eight years after its first approval.

Rubin, now senior vice president for early oncology clinical development at Merck Research Laboratories, joined the company in 2008. A couple of years later, he devised "a bold and ingenious plan to leapfrog the competition and accelerate the development of Keytruda (pembrolizumab)," according to Merck.

Speaking to Scrip ahead of ESMO, Rubin said: "I feel very honored to have helped in the development of something that's been so transformational for cancer patients." He noted that "even in the earliest beginnings of the study at the lower doses of the drug, then known as MK3475, there were remarkable responses, initially in melanoma. I had friends, who were also Phase I doctors around the world calling me saying they'd never seen something like this before."

He claimed that "the timing was good because the US Food and Drug Administration and the US Congress at the time were really interested in trying to enable more rapid development of promising drugs and came up with breakthrough designation. We applied and Keytruda was the first oncology drug to actually get that designation."

This meant Rubin and his team could work closely with the FDA to "really quickly generate the data so that our first-in-human study became a 1,200-patient trial, there had never been a Phase I like that before." That study provided the basis for accelerated approvals in melanoma and lung cancer, plus the first companion diagnostic in the field, the PD-L1 protein assay, developed in conjunction with Agilent.

Since that "very motivating, inspirational study," Keytruda has bagged approvals in 16 types of cancer or more than 30 different indications, with over a million patients treated, he said. "I've been lucky to have personal interactions with some of them who were headed towards a death sentence before they got the drug and now their cancer is gone - quite remarkable."

There have been a couple of rare clinical hiccups for the drug in the last month, however. The 1,030-patient KEYNOTE-921 trial of Keytruda in combination with chemotherapy (docetaxel) compared with chemotherapy alone did not meet its dual primary endpoints of overall survival (OS) and radiographic progression-free survival (PFS) for the treatment of patients with metastatic castration-resistant prostate cancer, although there were modest trends toward an improvement in both. Also, in the LEAP-002 study, a combination of Keytruda and Eisai Co., Ltd.'s tyrosine kinase inhibitor Lenvima (lenvatinib) was unable to show significant gains in OS and PFS compared with Lenvima alone in patients with advanced hepatocellular carcinoma.

Read-Outs To Look Out For At ESMO Cancer Congress

Rubin said: "Cancer is a formidable enemy and although there can be setbacks, we remain steadfast in our approach to find better treatments. Keytruda doesn't cure everybody, so we have to use different approaches than simple monotherapy." Adding that "we have more combinations than anybody," he highlighted the efforts of Merck's external collaborations group which has almost 200 partnerships that span biotech and big pharma and "uses our understanding of pathways and what drives cancers to explore these combinations."

Some of the most striking have been chemotherapy combinations. At ESMO, Merck will present five-year OS data from the Phase III KEYNOTE-189 trial of Keytruda in combination with chemotherapy which established the role of the drug as first-line treatment for metastatic non-small cell lung cancer (NSCLC). "I can tell you back then that there are people that were skeptical and many felt it was silly to give chemotherapy with an immune agent, because the chemotherapy would kill the immune cells, and you would have a negative outcome. Well, this shows you how conventional wisdom isn't always right," Rubin said.

As for the Lenvima collaboration, Merck and Eisai have been working together for several years and as signal-finding studies revealed high response rates across multiple cancer types, "that led us to pursue registration on 10 studies across multiple cancer types," he said. "Many of those have been shown quite promising results and have led to approvals (ie, in advanced renal cell carcinoma and advanced endometrial carcinoma) but not all of them have been positive," Rubin acknowledged, so more biomarkers may be needed to identify patients most likely to respond "or adding yet another compound to the mix, sometimes more than two."

He is also excited about the antibody-drug conjugates space and referenced the standing ovation at the American Society of Clinical Oncology meeting for the Phase III DESTINY-Breast04 data for AstraZeneca PLC and Daiichi Sankyo Co., Ltd.'s Enhertu (trastuzumab deruxtecan) showing a 49% reduction in the risk of disease progression or death versus physician’s choice of chemotherapy in patients with HER2-low metastatic breast with HR-positive disease. "I've been going to ASCO for close to 30 years and I've never seen a standing ovation before," he quipped. (Also see "ASCO: AstraZeneca's Enhertu Is Poised To Change The Breast Cancer Paradigm" - Scrip, 5 Jun, 2022.)

Merck has a number of ADCs in the pipeline and Rubin highlighted a recently inked deal with Sichuan Kelun Pharmaceutical Co Ltd. and its TROP2-targeting ADC codenamed SKB264 which is being studied in combination with Keytruda. Meantime, a Phase III study is evaluating Keytruda with AstraZeneca and Daiichi Sankyo’s TROP2-targeted ADC datopotamab deruxtecan to see if it can prove superior to the Merck blockbuster alone in previously untreated NSCLC patients.

Rubin's search for the new Keytruda goes on but there is plenty of life left still in the anti-PD-1 therapy, despite its key US patent expiring in 2028. As for the number of trials Keytruda has been evaluated in, he said: "I used to track this on a graph that I would update every quarter and then it rose exponentially." The figure stands at around 1,750.