Capital Cell's effort might be the beginning of a viable alternative to VC funding for budding biotech companies.

Emerging Company Profile: The UK's Antikor Biopharma is advancing antibody fragment-drug conjugates (FDCs) closer to the clinic with plans for its first human study in 2019 or 2020.

The great biotech crowdfunding debate: For or against?

As R&D budgets across the industry continue to be squeezed, an increasing number of life science startups have been looking to crowdfunding as an investment solution – but is the method workable for life science companies or just a passing trend?

Crowdfunding has had notable successes in a number of industries. In the arts and entertainment entire films have been bankrolled; and in technology startups have funded the development of popular phone apps through collective financing. But as an investment solution for biotechs it has bred concerns.

Over the last few years, crowdfunding by small biotechs and academic spinouts has started to draw attention, and since the start of 2015 in particular large life science crowdfunds have made the headlines. Of the following three examples of successful crowdfunded life science projects, two closed within the last couple of months:

Capital Cell is a new example of a life science startup-specific crowdfunding platform. Founded in 2014 by young entrepreneurs in Spain, the platform, capitalcell.net, promotes collective investment opportunities for small investors to enable technology companies to continue their R&D and get to market. The site, which was only launched on 9 February 2015, currently lists three funding opportunities for three startups:

Scrip has taken a closer look at the trend, to find out why biotechs are approaching crowdfunding and why some traditional investors are opposed to the idea.

On the pro-crowdfunding side of the debate we have Ajan Reginald, CEO of Cell Therapy.

He believes crowdfunding can work in the biotech world and cites his company as an example. Cell Therapy has managed to raise a record £691,000 through the crowdfunding site Crowdcube in order to fund its Phase II stem cell therapy Heartcel, which regenerates muscles to treat heart failure.

"This was our first external funding," he told Scrip. "We'd had offers from venture capital and institutional investment. We had positive discussions with some of the great biotech VCs in London. But it was a commercial and philosophical decision that we would try an innovative form of financing for what we believe is an innovative company."

Cell Therapy was co-founded in 2009 by Professor Sir Martin Evans, winner of the 2007 Nobel Prize for medicine and physiology for his work in discovering stem cells, and Mr Reginald, former global head of emerging technologies at Roche. The company's lead product Heartcel has recently completed Phase II trials as a treatment for heart failure and Cell Therapy plans to initiate a Phase III trial in Europe this year. The company will present its data for the product at the upcoming European Society for Cardiac Surgery meeting next month.

Mr Reginald admits he didn't know if crowdfunding would definitely work. "What makes crowdfunding difficult for biotech is the necessary confidentiality around the science," he explained. "Even if you have a significant technology breakthrough, communicating this can be difficult. You have to be able to communicate how that technology will help people and how by helping people that your company will succeed." However, he believes Cell Therapy has nailed down the trick to getting crowdfunding interest. "Investors need to completely understand the proposition. They have to believe they are at least going to recoup their money. And they have to think the technology is a real breakthrough. If you hit those three key things in any startup story you'll be funded."

But arguing for the opposition is Dr Andy Smith, chief investment officer of Mann Bioinvest and editor of Scrip's weekly Stockwatch column.

Dr Smith argues that even with the best will in the world, "a lot of people putting a few hundred pounds into a company will not be sophisticated enough in this sector."

Dr Smith, who has been the lead fund manager for four life science-specific funds, including International Biotechnology Trust and the AXA Framlington Biotech Fund, added that crowd funders are not likely to have a role in the valuation or terms under which the money is invested, unlike specialist venture capitalist who often have those attributes. "They may not have the ability to follow their money, nor contribute strategically or tactically," he said.

Furthermore, having 25, 50, or even possibly 1,000 shareholders in a startup entity can create serious issues for raising the next round of capital, especially in the US as many state corporation laws provide shareholders with protections such as approval rights over certain actions. Getting large numbers of shareholders to approve a future round of funding may be so difficult and cumbersome that it could ultimately threaten the long-term viability of the company.

Dr Smith also has concerns that through biotech crowdfunding "what you seem to end up with is an uncomfortably high valuation achieved by shallow-pocketed investors who are just asking to be diluted down if ever specialist investors come in. They may not ever come in and that could mean that the company ends up like so many Canadian and Australian firms, lurching from one rescue retail-based rights issue to another," he said. An example company which found itself in a similar situation is Canada's Resverlogix, which saw its value decimated when its only clinical product, cardiovascular drug RVX-208, failed in the Phase IIb ASSURE study in 2013 (scripintelligence.com, 28 June 2013).

Dr Smith said CEOs leaning towards crowdfunding over traditional venture capital financing is likely a result of the company failing to raise cash through the latter method.

European regulators have seen enough change in investment methods to wade in.

In December 2014, the European Securities and Markets Authority (ESMA) published an opinion along with advice to EU companies on investment-based crowdfunding.

Steven Maijoor, chair of ESMA, said the organization's aim was to provide clarity on how crowdfunding business models fit within the existing EU regulatory framework.

He said: "We believe that there are benefits both for investors as well as for platforms by operating inside rather than outside the regulated space."

In its opinion ESMA said: "Crowdfunding is relatively young and business models are evolving. EU financial services rules were not designed with the industry in mind."

In its full opinion document ESMA outlines a number of risks and issues that should be considered by regulators. Some of these concerns were:

Though crowdfunding for biotech startups is not new, it still has a long way to go. But ESMA believes the use of collective investment schemes in crowdfunding will become more widespread and so the relevance of European legislation will increase.

And Mr Reginald agrees, "Crowd funding is a nontraditional method but I hope in the next few years it will become more traditional. I don’t see crowdfunding as an alternative; I see it as just another method of investment. To me any entrepreneurial company should look at all the different options."

Pipeline Watch is a weekly snapshot of selected late-stage clinical trial events and approvals announced by pharmaceutical and biotech companies at medical and industry conferences, in financial and company presentations, and in company releases and statements. 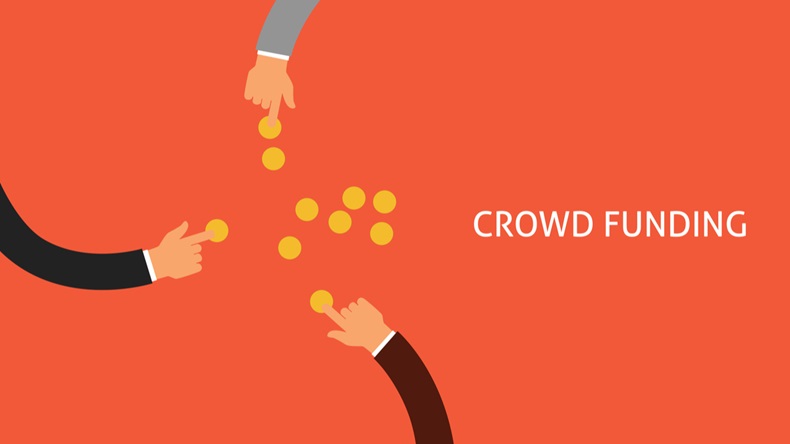 Menopause Drug A Priority For Astellas