Allergan PLC has $27.6m in cash after closing the $40.5bn sale of its generics business to Teva Pharmaceutical Industries Ltd. and paying down $9.3bn debt, but the company will rely on blockbuster sales gains and recent launches for revenue and earnings growth, not a big acquisition. 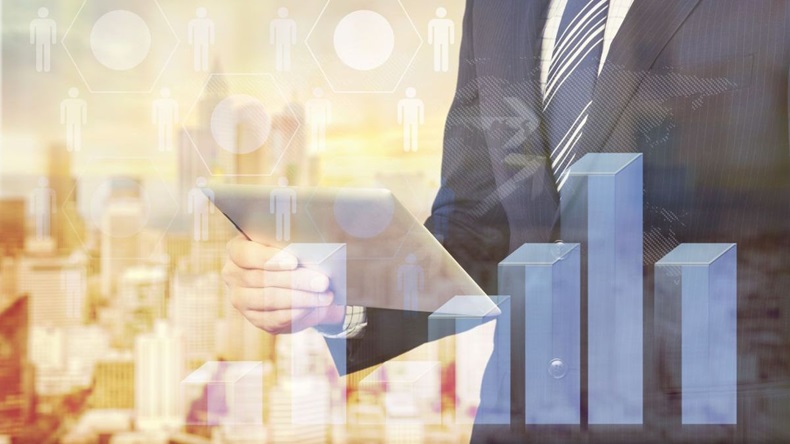 Allergan PLC has $27.6m in cash after closing the $40.5bn sale of its generics business to Teva Pharmaceutical Industries Ltd. and paying down $9.3bn debt, but the company will rely on blockbuster sales gains and recent launches for revenue and earnings growth, not a big acquisition.

CEO Brent Saunders stuck with his first quarter earnings message during Allergan's second quarter conference call on Aug. 8, repeating the drug maker's plan to buy companies or license products that represent stepping stones on the path to sales growth, rather than pursue large, transformational mergers and acquisitions. The road to rising revenue also will be paved with double-digit growth from Allergan's key franchises, including Botox (onabotulinumtoxinA) and Restasis (cyclosporine), as well as new products across the company's core therapeutic areas. (Also see "Allergan's Fishing For Deals, But Don't Expect A Big Catch" - Scrip, 11 May, 2016.)

Leerink analyst Jason Gerberry pointed out in an Aug. 8 research note that "management's commentary on the call suggested the company is focusing on its existing business and possible tuck-in deals rather than a larger transformational deal, effectively dismissing media speculation that Allergan may be interested in acquiring or merging with Biogen Inc." (Also see "Merck, Allergan Suggested As Suitors But Biogen's Attractiveness Under Question" - Scrip, 3 Aug, 2016.)

After selling its generic medicines to Teva, which completes Allergan's transition to a branded product company, Saunders said during the second quarter call that "we are well-positioned to continue to deliver strong results, powered by our 'Growth Pharma' model. This model is built around five key elements: top-line growth, with the goal of double-digit growth; category leadership in each of our seven therapeutic areas; customer intimacy; 'Open Science' R&D to fuel innovation; and operational excellence."

Allergan reported $3.7bn in brand-name product revenue for the second quarter, which was a 2% gain versus the same period in 2015, or a 9% gain excluding three big impacts: divested assets, foreign currency exchange rates, and sharply declining sales for Namenda (memantine) immediate-release (IR), which is facing generic competition. Non-GAAP diluted earnings per share (EPS) dropped over the same time frame by 9% to $3.35. Revenue fell short of analyst consensus of $4bn in sales, but beat EPS expectations of $3.33.

Sales for the wrinkle-reducer and migraine headache-reliever Botox rose 14% year-over-year to $719.7m in the second quarter, while sales for the dry eye drug Restasis grew 20.2% to $390.6. However, sales for the former Alzheimer's disease blockbuster Namenda IR plunged 98.2% to $4.1m while Namenda extended-release (XR) sales fell 18.7% to $166.5m and revenue from Namzaric, a combination of Namenda XR and the Pfizer Inc. drug Aricept (donepezil), totaled $12.8m.

In addition to buying back $5bn to $10bn in stock from its shareholders and paying down some of its $33.3bn in debt, Allergan will use the proceeds from the Teva deal and cash flow from product sales to boost sales top-selling assets, support recently launched products, and invest in growth through research and development as well as acquisitions – just not big M&A deals.

Chief Commercial Officer William Meury said Allergan was happy with sales to date from recent launches, but noted investments that are being made to help those products grow and to protect established assets.

The number of prescriptions and prescribers for Viberzi (eluxadoline), which is approved to treat irritable bowel syndrome with diarrhea (IBS-D), "are climbing at a high rate consistently week-over-week," Meury said. Sales growth for Viberzi is similar to the growth rate for Linzess (linaclotide), which was approved in 2012 to treat IBS with constipation (IBS-C) and is marketed in partnership with Ironwood Pharmaceuticals Inc., despite the fact that Viberzi costs almost three times as much as Linzess. (Also see "Actavis' Viberzi, Valeant's Xifaxan OK'd in IBS-D in US" - Scrip, 28 May, 2015.)

Linzess sales increased 37% year-over-year to $155.1m in the second quarter, while Viberzi sales totaled $20.4m for the April-to-June period.

Saunders mentioned the difference between Viberzi and Linzess pricing in response to a question about payer pressures on drug costs during Allergan's second quarter conference call. The CEO noted that payers are willing to negotiate a favorable price for novel, differentiated therapies, but pricing discussions are more difficult in crowded markets.

"If there are four drugs launching with relatively similar mechanisms and indications over a 12-month period, pricing dynamics are more challenging than they have been. If you’re launching something like Viberzi, where we can get a price that’s almost three times the price of Linzess, because it’s a one-of-kind and novel mechanism, [discussions are] pretty straightforward," he said.

Payer negotiations are not an issue for Kybella (deoxycholic acid), however, which is approved to reduce the appearance of a double chin. Like Allergan's Botox Cosmetic product, Kybella is sold by plastic surgeons and dermatologists to cash-paying customers. Net revenue for the chin-thinning drug totaled $12.7m in the second quarter. (Also see "Kythera's chin fat drug OK'd in US" - Scrip, 29 Apr, 2015.)

"We’re exactly where we need to be in terms of physician education and training," Meury said. "We’re now in the process of kicking off Phase 2, where we are creating awareness and demand among consumers, which will be boosted by our [direct-to-consumer (DTC)] campaign beginning this month."

For Allergan's new antipsychotic medication Vraylar (cariprazine), which recently failed in a Phase III depression study, Meury said the number of psychiatrists prescribing the drug is expected to more than double by the end of 2016. (Also see "Allergan, Gedeon Richter Unbowed By Cariprazine MDD Phase III Trial Failure" - Scrip, 5 Aug, 2016.) Vraylar launched in the US in mid-March and second quarter sales totaled $11.1m.

"Approximately 4,000 psychiatrists have used Vraylar, and we expect that number to climb to 10,000 by year end. Based on solid performance so far, we’re expanding our sales force coverage of hospitals and mental health facilities," Meury said.

Protecting The Portfolio With Pipeline Programs

Allergan's $1.3bn in non-GAAP R&D spending in 2016 will support approval of new drugs and help the company defend established products and important franchises against competition.

"I believe growth for Restasis will moderate to a certain extent, because Shire is going to, of course, be sampling the product heavily. But ultimately we can maintain growth for this business over the long term even if there’s a moderation for couple quarters," he said.

Allergan is preparing to launch, pending FDA approval, a multi-dose preservative-free (MDPF) formulation of Restasis in the fourth quarter of 2016. Meury noted that the company increased its sales force by 20%, adding 60 more representatives, and increased its DTC advertising and sampling programs while strengthening reimbursement for Restasis with private and public payers.

David Nicholson, executive vice president of brand research and development, noted during Allergan's earnings call that the company has won 13 drug and device approvals around the world, and submitted nine products for approval so far in 2016.

Future submissions include a resubmitted marketing application for the inhaled migraine treatment Semprana later this year and a 2017 application for approval of sarecycline for acne in 2017. (Also see "Rejection, approval & 2 moves to PhIII change Allergan conversation" - Scrip, 1 Jul, 2014.) Allergan also is talking to the FDA about supplemental approvals for Vraylar as a means for preventing recurrence in schizophrenia patients and as a treatment for negative symptoms of schizophrenia.

Several late-stage clinical programs for other approved and pipeline assets are under way, but the company has had some recent failures too, such as the recent Vraylar Phase III failure in depression. A study of Botox for osteoarthritis (OA) also apparently failed recently, based on a $190m charge the company reported in its second quarter earnings statement related to an OA study.

Evercore ISI analyst Umer Raffat, who pointed out the line item in his initial review of Allergan's earnings, noted that the clinical trial disappointment was never reported publicly – a move that could hurt the company's credibility among big pharma investors.

"In my view, for Allergan to get pharma-like credit, it will have to be more regular with putting out press releases when trials fail," Raffat said in an Aug. 8 note to investors.

Allergan's share price closed down 2.2% at $248.31 on Aug. 8 after the company's mixed second quarter earnings report.

Merck, Allergan Suggested As Suitors But Biogen's Attractiveness Under Question

Allergan's Fishing For Deals, But Don't Expect A Big Catch

Actavis' Viberzi, Valeant's Xifaxan OK'd in IBS-D in US