Alzheimer’s Experts: Lecanemab Is A Win, But Also Just The Beginning 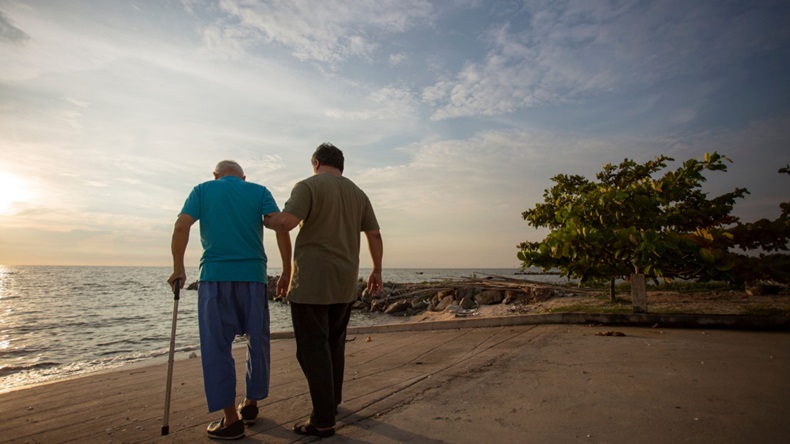 The path to a disease-modifying treatment for Alzheimer’s disease is paved with failure after disappointing failure, so when the Phase III Clarity AD clinical trial of Eisai Co., Ltd./Biogen, Inc.’s lecanemab was presented on day one of the Clinical Trials on Alzheimer’s Disease (CTAD) meeting in San Francisco the data set a positive tone for the rest of the conference. Nevertheless, as AD experts noted during a panel on 1 December, the final day of CTAD, many challenges remain.

Eisai presented detailed results from Clarity AD on 29 November that showed lecanemab, an amyloid protofibril-targeting antibody, provided a 27% slowing of disease progression on the primary endpoint of Clinical Dementia Rating-Sum of Boxes (CDR-SB). (Also see "Eisai/Biogen’s Lecanemab Effective Across Endpoints, But Will Safety Limit Use?" - Scrip, 30 Nov, 2022.) Roche Holding AG presented the results of its failed Phase III GRADUATE I and II trials of anti-amyloid antibody gantenerumab on 30 November, but experts viewed the data as supporting the hypothesis that clearing amyloid from the brains of Alzheimer’s patients can provide benefit. (Also see "How Much Amyloid Clearance, How Fast Is Needed To Slow Alzheimer’s?" - Scrip, 30 Nov, 2022.)

“It’s clearly a celebratory meeting,” Maria Carrillo, chief science officer at the Alzheimer’s Association, said during the CTAD day three panel. Carrillo said it is “important that we acknowledge that the data presented here by Eisai is undeniably positive and is fully supported by the data that Roche presented as well.”

She noted that reducing amyloid is not only impacting downstream biomarkers that are important and relevant to Alzheimer’s disease, but is also providing clinical benefit. The magnitude of the benefit for patients and caregivers, however, was a matter of debate during the discussion.

Ronald Petersen, director of the Mayo Clinic Alzheimer's Disease Research Center, said that the Eisai and Roche data were “very clear” and, while more analysis needs to be done, “I think they're all consistent with the basic principle that apparently removing amyloid from the brain as measured by PET and plaque removal in individuals who are in early stages of symptomatic Alzheimer's disease produces a clinical benefit.” It also appears, Petersen noted, that the amount and speed of amyloid removal also play a factor in clinical benefit.

Clinical meaningfulness of the benefit seen with lecanemab on CDR-SB and secondary endpoints in Clarity AD “is sure to be essential, because when we have these discussions with patients that is very vital,” he said.

Petersen praised Eisai's presentation of an analysis modeling the clinical benefit as the amount of time that patients preserve their current state of function. “If they can be maintained at that for six months or nine months, that may be quite meaningful to them,” he said. “And I think this provides an opportunity for clinicians to interact with patients and families using this reference point, rather than you to change X points or you won't change X points on this particular scale, which nobody really understands, this is how this may translate into your life.”

Understanding clinical benefit in this way also may help patients have a voice in the drug development and approval process, Petersen pointed out, which he said has been missing in Alzheimer’s disease.

David Knopman, also a neurologist at the Mayo Clinic, said he was “very impressed” with the lecanemab data, but noted that the effect size amounts to about a three-month delay in disease progression after 18 months of treatment.

“The real question that we can't answer now, that we need to keep an open mind about, and I'm hopeful and optimistic that Eisai will look at this carefully and will reveal the results, is what happens in the next 18 months?” Knopman said. “Will the effect expand, which is what we hope? Will it stabilize or will it decline? And I think that piece of data that we're currently missing is the real measure ... of whether this agent is clinically effective, but that remains to be seen.”

Knopman expressed concern that subgroup analyses in the Clarity AD data presentation showed some patients benefitted less than others, such as women and younger Alzheimer’s patients. He also noted that ventricular volume increases in the brains of patients treated with anti-amyloid therapies, so that risk needs to be better understood. Given the significant, yet modest, efficacy observed with lecanemab and potential safety risks, he suggested the drug should be carefully introduced into clinical practice.

“I think it needs to be done on an individual basis with thoughtful clinical diagnoses of people who have a reasonable expectancy of being stable from a medical point of view for many years to come,” Knopman said. “I think it's very important that the [patients’] amyloid status is well known. And I'm worried that we don't have enough amyloid PET capability.”

He added that “we have too few dementia neurologists and I don't know about infusion centers. So there's a lot of work we need to do to bring this to patients in a fair and equitable way.”

Access to treatment was a problem for Biogen/Eisai’s Aduhelm (aducanumab) after the US Food and Drug Administration approved the anti-amyloid antibody via the accelerated approval pathway in June 2021. The drug’s high cost and the Centers for Medicare and Medicaid Services (CMS) decision not to cover the cost of anti-amyloid therapies cleared via accelerated approval outside of clinical trials kept Aduhelm from being a viable commercial product. (Also see "How Biogen’s Aduhelm Bet Became A Commercial Bust" - Scrip, 6 Jun, 2022.)

Carrillo said the lecanemab and gantenerumab data show that the FDA made the right decision when it granted accelerated approval for Aduhelm based on the surrogate biomarker of amyloid clearance. (Also see "Biogen/Eisai Win On Aduhelm Approval Bet And Wager Next On Price" - Scrip, 7 Jun, 2021.) Eisai has filed for accelerated approval and expects the FDA to make a decision on its biologics license application by 6 January. (Also see "Eisai/Biogen Maintain Lead Over Lilly In New Race To Alzheimer’s Approval" - Scrip, 5 Jul, 2022.) The company also plans to seek full approval based on Clarity AD before the end of March.

“It's now time to decide that accelerated approval and surrogacy, which was based on the reasonable likelihood of benefit, has now been established as a benefit to patients,” Carrillo said. “We have to understand that there are absolutely adverse events and we have to be aware of them. All drugs have adverse events, and we are all tracking the most serious one for this grouping of drugs, [amyloid imaging-related abnormalities (ARIA)], which we do think can be managed. And this must be balanced with what we are facing in this disease.”

She noted that Alzheimer’s is a terminal disease and lecanemab is a medication that has the ability to slow disease progression early in the disease. The risk/benefit discussion around the drug should be left to individuals, who at an early stage of the disease can make their own decisions about how they want to be treated, and should not be made by an agency, payer or physician, she said.

“The FDA got it right,” Carrillo added. “And it is now time for CMS to make it right.”

Petersen agreed that the FDA made the right call in determining that removing amyloid is reasonably likely to produce a clinical benefit. “I think what we've seen at this meeting is that was right,” he said. “I think that, in fact, this was a correct move by the FDA last year and I think it's time to recognize that this was bold, but in fact, well deserved.”

How Much Amyloid Clearance, How Fast Is Needed To Slow Alzheimer’s?

Eisai/Biogen’s Lecanemab Effective Across Endpoints, But Will Safety Limit Use?