Autoimmune Diseases Will Be First Target

The Oxford University spin-out has raised $37.5m in a series A thanks to its technology which pinpoints the link between genes and diseases and maps pathways for drug discovery.

Source: Shutterstock 'Dark matter' makes up 98% of the genome, but until now its influence on disease has not been well understood.

Nucleome is one of several new biotech ventures investigating the ‘dark’ region of the human genome, which does not encode for proteins but contains up to 98% of disease-associated genetic changes. Once thought of as ‘junk DNA’ it is now understood to play a key role in turning genes on and off at the right time and controlling cell-type specific gene expression. Understanding the role of these genetic variants has been a long-standing challenge, but these efforts are beginning to generate drug discovery insights. 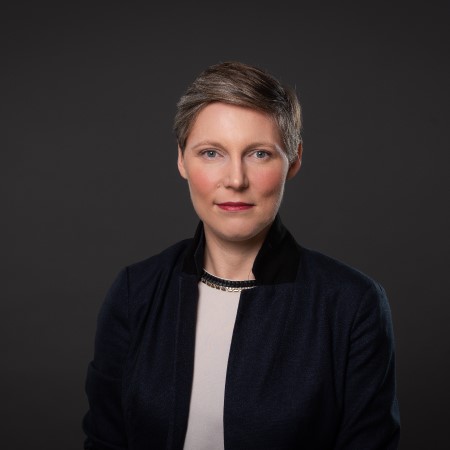 Nucleome’s CEO and co-founder Danuta Jeziorska believes the company has a unique ability to discover and validate first-in-class targets through genetics, thanks to its platform which combines pioneering 3D genome technology and machine learning.

She said the company’s platform had a significant advantage over existing technology because of its unprecedented precision in linking genes to diseases and mapping pathways for drug discovery. The company is able to work with primary cells and patient-derived cells with great precision – able to determine the large-scale 3D genome structure within cells at an average of 256 base pair (bp) resolution and for its recently invented Micro-Capture-C (MCC) method with an unprecedented one bp level of precision. This is important as disease-associated variants are often only single bp changes within regulatory elements of 50–1,000bp in size, and are often surrounded by other functional elements and multiple genes, therefore requiring pinpoint accuracy at the DNA level.

The company achieved a proof of concept when it published its research in Nature Genetics in November 2021. This outlined how it had more precisely located a gene that potentially doubles the risk of death from COVID-19 and elucidated how this genetic signal worked to increase the risk and the exact genetic change that was responsible.

The company will use its new funds to use the same approach to advance its research into autoimmune disease programs, expand its proprietary ‘dark genome atlas’ and further develop its platform.

“We believe this could be a paradigm shift in drug discovery, because you start with a target that is linked with genetics and the disease,” said Jeziorska. “Then with the human experiments, you have a potential biomarker for patient stratification and you have the cell type. So, you know how to design your cellular assays, and you also know whether it's an agonist or agonist mechanism based on whether the gene expression is upregulated or downregulated.”

The company believes this can help build a full drug discovery hypothesis which can be tested out in drug discovery and pursued into the clinic. Jeziorska said the company had already made progress in discovering the first wave of potential first-in-class autoimmune disease targets that could be applied to conditions such as multiple sclerosis, lupus, and rheumatoid arthritis.

Currently made up of a team of 20, with a mix of drug discovery, genomics machine learning, bioinformatics and commercial experience, Nucleome intends to double its headcount over the next year.

On top of its main focus to develop a preclinical pipeline, Nucleome will also be open to exploiting its platform in research with external partners. This could be to validate existing high-value targets, design a biomarker strategy or look for additional indications for an existing drug.

Nucleome is not the only company looking to pioneer the dark genome space. Cambridge, MA-based CAMP4 Therapeutics raised $100m in a series B financing in July for its platform targeting regulatory RNAs, also coded for in the dark genome.

Meanwhile another Cambridge-based biotech, Omega Therapeutics, is using similar insights to develop a new class of programmable mRNA-based epigenetic medicines, aiming to turn gene expression up or down without the need for gene-editing or gene therapy.  (Also see "Omega Therapeutics Looks To Address Disease By Tuning Genomic Regulators" - Scrip, 24 Sep, 2019.)

Alzheimer’s Experts: Lecanemab Is A Win, But Also Just The Beginning

Pfizer Returns To Roivant As Development Partner For A Second Time