Emerging Company Profile: The French biotech is developing a constrained peptide that targets an interaction in body fat tissue in the hopes of treating type 2 diabetes. 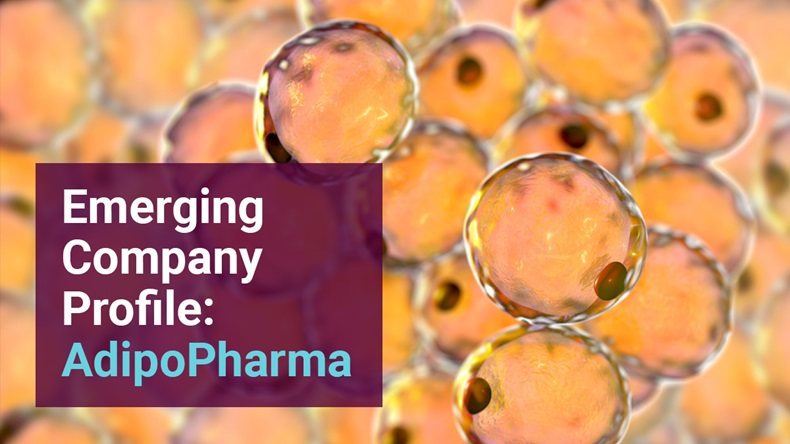 AdipoPharma SAS is developing what it hopes will be the first drug candidate to target adipose tissue in an attempt to address the root cause of type 2 diabetes, namely insulin resistance.

The company’s approach is based on more than a decade of research into the ultra-rare  genetic disorder Alström syndrome, which is characterized by early-onset obesity, diabetes and multiple organ dysfunction. The research was carried out by Vincent Marion and his team at INSERM, the French national institute for health and medical research.

Marion founded AdipoPharma, formerly known as ALMS Therapeutics, earlier this year and serves as its CEO. The Strasbourg-headquartered firm is in the midst of a fundraise aiming for $30m that should support its activities through to Phase II development. The raise is expected to complete in the autumn.

“During our research into Alström syndrome, we identified and focused on a mutation in a single gene and realized that adipose tissue was a driver for insulin resistance throughout the body,” Marion told Scrip. Adipose tissue, commonly known as body fat, affects lipid biosynthesis and the management of whole-body lipid homeostasis. “Essentially, in order for things to go in and out of our cells, we need lipids,” added chairman James Nolan.

Marion and his team went on to pinpoint a specific protein-protein interaction of ALMS1 (Alstom Syndrome Protein 1) in adipose tissue. AdipoPharma’s lead candidate, PATAS, is a constrained peptide that targets this interaction, making it a first-in-class ‘adipeutic’ drug.

The French biotech plans to file an investigational new drug application with the US Food and Drug Administration by the first quarter of 2023 with an eye to starting a Phase Ia trial in type 2 diabetes later that year. This should be followed by a Phase Ib trial in 2024.

“When it comes to diabetes, most companies are focused on decreasing glucose levels whereas we address the root cause of insulin resistance which is driven by the adipose tissue,” Marion said. Patients often experience insulin resistance for years before they are diagnosed with type 2 diabetes. The firm hopes that targeting the root cause of the condition could not just treat type 2 diabetes but also associated comorbidities such as non-alcoholic fatty liver disease and liver fibrosis.

Furthermore, constrained peptides have benefitted from regulatory success in recent years, which bodes well for the potential of PATAS, Marion said. Over the last ten years, 60 different constrained peptides, including products such as plecanatide (Salix Pharmaceuticals Ltd.’s Trulance) and pasireotide (Recordati SpA’s Signifor) have been approved around the world. PATAS is comprised of a peptide constrained by a hydrocarbon staple that enhances both specificity and stability.

While AdipoPharma has the option of going public to support independent product development and commercialization, Nolan said the endemic nature of diabetes means a big pharma partnership is on the cards. The firm said its ideal big pharma partner would offer global reach in the fields of diabetes and cardiovascular disease.