Janssen’s Troy Sarich outlines why it’s hard to emulate randomized controlled trials with real-world evidence studies, emphasizing that the two are “not in competition.” He also highlights the huge strides made by AI-driven technology firms to provide “research-ready” structured data and new game-changing advances in the area of health sensors. 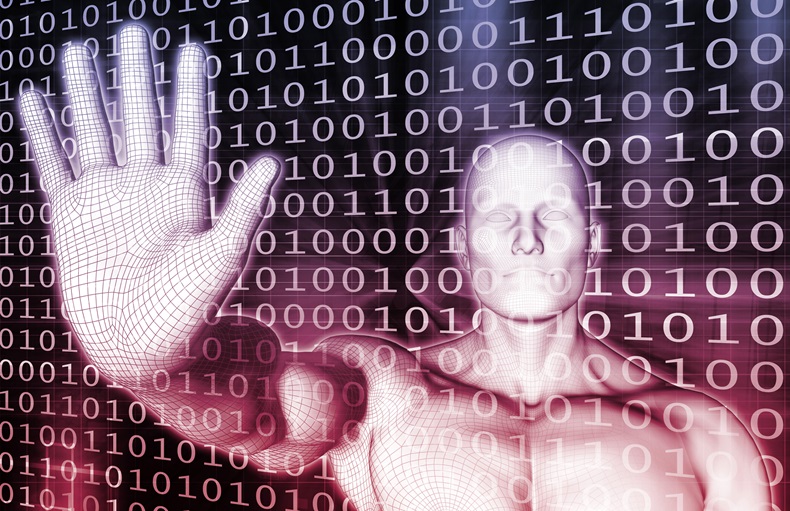 Pharma has stepped up its efforts around utilizing real-world data for drug approvals, but reproducing randomized controlled trials (RCTs) using real-world evidence (RWE) is challenging and the two are “not in competition” and complementary, a senior Janssen executive has emphasized.

Addressing the recent Indegene Digital Summit, Janssen’s Chief Commercial Data Science Officer Troy Sarich indicated that while there’s been increasing use of real-world evidence for regulatory purposes over time, the majority of the utilization of such data is in areas like rare diseases. 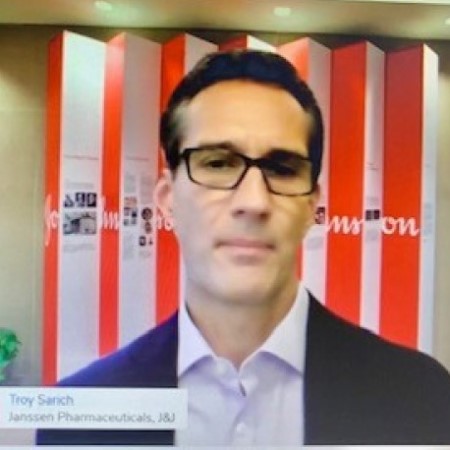 “It's not in the mainstream areas where RCTs can be used. It's really in cases where RCTs can't be done, or it's really unethical to do [due to limited population]. RCTs and real-world evidence go best together, I believe,” Sarich stated at the virtual event.

The executive’s keynote presentation, punctuated with the general disclaimer that it represents his personal views and not those of J&J, referred to a recently published study in the scientific journal Circulation around emulating randomized clinical trials with non-randomized real-world evidence studies.

This concluded that agreement between RCTs and real-world evidence findings varies depending on which agreement metric is used and that more trial emulations are needed to understand how often and in what contexts real-world findings match RCTs.

“What this really means is that in RCTs we can collect specifically the data we want; in real-world evidence, we have to use what data is available. If those don't match up perfectly, it's hard to emulate an RCT with real-world evidence,” Sarich explained.

The methodology is getting better and better technically but the “data matching is not quite there yet,” he added.

Sarich maintained that while the “aspiration” should not be for real-world evidence to replace RCTs, he acknowledged how over time and increasingly pre-launch and well post-launch into commercialization, real-world evidence is playing a bigger and bigger role in supporting pharma’s products in the marketplace. That opportunity will only increase as more data continues to become available, he predicted.

Indegene co-founder and executive vice-president, Dr Sanjay Parikh, who moderated the session, also indicated that the healthtech solutions provider doesn’t expect real-world evidence to completely replace RCTs. If anything, it will complement these “very well.”

“RCTs will continue to remain the gold standard in clinical research but real-world evidence in silico trials might start replacing some of the arms within those trials. Overall, it will be very targeted in application to specific therapies or treatments being investigated,” Parikh told Scrip.

He also referred to the possibilities RWE opens up, particularly as it relates to regulatory strategy, clinical trial design and complementing existing RCT methodology; it has "tremendous implication" on the payer strategy too, he added. (Also see "Real-World Evidence Under Consideration For Use In Interchangeable Biosimilars Applications" - Pink Sheet, 27 Sep, 2021.)

“RWE will also greatly inform other parts of the life sciences value chain – beyond clinical and regulatory processes to creating more personalized content based on more effective patient journey mapping.”

While data that is available in the healthcare system is not that easy to work with in its raw form, Janssen’s Sarich spotlighted how OM1, a health technology company focused on real-world outcomes for chronic conditions, is using machine learning to convert unstructured data into structured form, so it's “research ready, clinically meaningful” for use.

“The real value is not just that conversion but the linkage of that structured data to other data sources from patients. So you have a continuous longitudinal journey for those patients over time to understand how their disease initiates, progresses, how they're treated and what their outcomes are after treatment,” he explained.

It's not just healthcare data that's expanding - "omics" information is being created from all over the medical scientific infrastructure of the world. Biomedical literature itself has been expanding at a fast clip along with electronic medical records and, for all this information, “we've long surpassed the ability of the human brain to manage all this information and make sense of it,” he said. (Also see "Moderna CCO Highlights Panomics, Pre-emptive Care As Pharma’s Future" - Scrip, 30 Sep, 2021.)

However, AI-driven health technology companies like nference, he highlighted, have built powerful analytics engines that not only bring together rich data from academic medical centers, like in that firm's partnership with the Mayo Clinic, but also combine those search engine capabilities together with biomedical literature and RWE from outside that medical center and other omics data, among others.

“So this kind of computing power is opening up all kinds of new insight generation,” Sarich observed.

The Janssen executive also referred to situations around the world where medical systems have “incredibly valuable data” but firms can’t get direct access to it for security or compliance reasons, or local laws. Currently, direct access is typically limited to de-identified information.

Strikingly, the French-American startup Owkin, Sarich noted, has developed technology called federated learning (FL) that can overcome the data sharing problem. This is essentially a framework for AI model development that enables training machine learning (ML) models on distributed data at scale across multiple medical institutions without centralizing the data.

“FL algorithms can be trained remotely, which preserves the security and privacy of distributed data but allows us to get insights out of it without that information ever leaving the secure and compliant location that it's originally generated,” Sarich said in his keynote at the Indegene event, which delved into “Opportunities For The Pharmaceutical Industry From The Digitization Of Healthcare.”

While federated learning appears still in its early days, firms like Indgene are also exploring it internally via some pilot programs, leveraging existing machine learning and real-world evidence capabilities.

“The concept has potential on the research as well as commercialization side, especially since it adapts well to multivariate data sets. And life sciences data sets, by their very nature are very multivariate - these include patient data, EMR [electronic medical records], payer, and a host of other data types,” Parikh told Scrip.

Federated learning, he said, could have potential application in identifying and recruiting patients for clinical trials, healthcare professional profiling, segmentation and recommending next best actions to engage them, among other aspects. “We are still scratching its surface, so can’t wait to see how this space evolves.” (Also see "Digital Acceleration And ‘Broken’ Customer Experience: What Pharma Should Look Out For" - Scrip, 29 Sep, 2021.)

Meanwhile, Janssen’s Sarich touched upon some standout developments around sensors that could help identify "digital biomarkers." A plethora of sensors are currently being developed – both off- and on-body types – providing “an incredible opportunity” for data collection, tracking, early diagnosis, medication, side-effects and efficacy management, he noted.

In particular, Sarich drew attention to Massachusetts Institute of Technology professor Dina Katabi’s next generation of wireless sensors with artificial intelligence called "The Invisibles." These touch-less sensors can track an individual’s movements, activities and vital signs by analyzing radio signals that bounce off their bodies, Katabi was quoted as saying in a recent interview in MIT News.

The ubiquitous sensors are designed to replace wearables and can tell "where you are in the house, if you're standing/sitting/lying down/fallen, how fast you're walking," among other things.

“I even understand that it can track respiration and potentially even heart rate. This is game-changing not just for clinical development of new medical innovations but post-marketing commercialization, tracking and follow-up of how patients are doing on medications,” Sarich said.

In this rapidly changing environment, where technology firms appear way ahead in areas like developing health technologies, Sarich indicated that partnerships may be the best way forward for pharma.

Johnson & Johnson, he said, considers itself a “135-year-old startup” and has adopted technology at a very rapid rate. However, while companies like J&J and large drug makers in general have the potential to develop digital health technologies, and “own them” as a pharmaceutical company, Sarich maintained that he’s not convinced “that's always the right solution."

Ex-Amgen CIO McKenzie: 'We All Have To Think Like Software Companies'

Amgen’s former chief information officer Diana McKenzie highlights the inroads made by technology firms in healthcare and how life science companies can adapt from them while leveraging core capabilities at scale.

“Pharmaceutical companies have built deep expertise in pharmaceutical agents - we’re drug developers and commercializers. That's what we do. The technology world is moving so fast that we would probably be short-sighted to try to do it all on our own,” Sarich replied in response to a question around trends in digital health apps and whether these would be built in-house by pharma or driven by tech giants.

He noted how working with Apple on the Heartline study had been “eye-opening” for J&J. "The level of technological experience and knowledge and understanding customers from a tech perspective, is just something that I believe the pharma industry is going to take a while to catch up with. And we need to try to but as fast as we'd run tech companies are moving even faster,” he noted, suggesting instead that “partnerships are going to be the solution.”

Heartline is a pioneering virtual study designed to explore if a new iPhone Heartline Study app and the heart health features on the Apple Watch could help reduce the risk of a stroke and improve health outcomes, including through earlier detection of atrial fibrillation.

Digital Acceleration And ‘Broken’ Customer Experience: What Pharma Should Look Out For

Real-World Evidence Under Consideration For Use In Interchangeable Biosimilars Applications