Boehringer Ingelheim is seeking partners with early-stage, novel approaches to neuropsychiatry disorders under its strategy of applying "fresh thinking" to diseases of the central nervous system with high unmet need.

In an exclusive interview with Scrip at the BIO-Europe partnering conference in Berlin, Nov. 6-8, Klaus Mendla, Boehringer Ingelheim GMBH's global head of business development and licensing, CNS, talks about the private German pharma's approach to neurology drug discovery and development.

Central nervous system (CNS) drug development has not seen a huge amount of success in recent years for prevalent diseases that affect millions of people worldwide. Due to the tough, high-risk, nature of therapeutic development for CNS conditions, many companies have stepped away from the space. However, Boehringer is boosting its investment in CNS, particularly within the area of neuropsychiatry diseases.

Mendla believes the industry in its drug R&D has prioritized targeting the root causes of particular diseases like Alzheimer's disease or schizophrenia over developing highly efficacious and tolerable treatments for the symptoms that branch from these conditions.

Indications like Alzheimer's disease, depression and schizophrenia have largely been treated in the past as distinct physiological pathologies. This has resulted in approaches that are partly successful but that also leave a large proportion of patients untreated. "Our approach is not to treat the disease as a syndrome in its entirety but rather to focus on specific malfunctioning circuits involved and the symptoms related to these malfunctions," Mendla said. 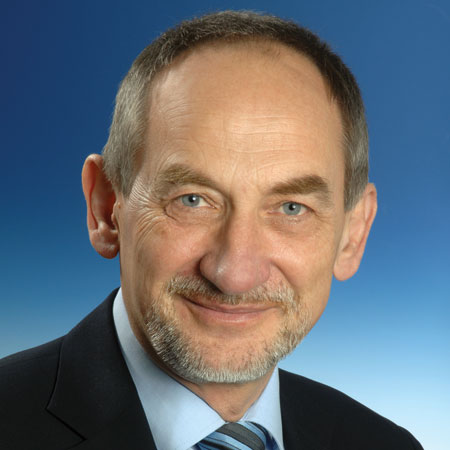 For example, a lot of research in Alzheimer's disease has focused on removing beta amyloid or preventing it from being formed. However, this kind of approach, aimed at the disease origin, has produced limited success thus far. Boehringer is more interested in "the consequences of that initial disease cause, the consequence on the neuro-circuitry and the neuro-network function," Mendla said. "We try and interfere with this area, which may be downstream of the immediate cause but is more amenable to treatment and has very important effects on function for patients."

Boehringer's approach in CNS drug discovery and development is inspired by the US National Institute of Mental Health's Research Domain Criteria (RDoC) concept – a research framework for new ways of studying mental disorders. It integrates several levels of information (from genomics to self-reporting) to better understand basic dimensions of functioning underlying the full range of human behavior from normal to abnormal.

Boehringer's "sweet spot" for partnering is in the early-stages of discovery and development because its "fresh thinking approach to targeting CNS disorders requires new thinking that did not exist years ago," Mendla noted. "Boehringer Ingelheim is also very good at turning scientific innovation into viable products – you can better achieve this goal if you partner early."

From BIO-Europe, the biggest pharma and biotech partnering meeting in Europe, Scrip lists the five hottest topics of discussion and debate.

Boehringer's business development executive said there were two main reasons for the German firm's increased interest in neuropsychiatry drug development. Firstly, he cited the high unmet need in its target disease areas. "Alzheimer's disease, schizophrenia, major depression and a lot of conditions associated with impulsivity… in all of these indications we see vast unmet medical need. This is of course reason not to step out of the area and leave patients behind and untreated."

Secondly, Mendla said Boehringer was enthusiastic about taking a fresh look at these indications because of the tremendous increase in the understanding of how neuro-circuits drive certain symptoms. "This link between circuit and symptoms has encouraged us to take a novel approach to treating these neuropsychiatry disorders," he said.

Boehringer's pipeline of neuropsychiatry drugs, which includes preclinical and clinical candidates, addresses both cognitive impairment and non-cognitive symptoms like aggression. The company does not publish its pipeline, but Mendla said its current assets cover various modes of action. He added that Boehringer has programs targeting cognitive impairment in schizophrenia, an indication for which there are no treatments approved. The company also has programs in development for so-called treatment resistant depression and negative symptoms of schizophrenia. Mendla highlighted that in treatment resistant depression for example, there is a major proportion of patients, up to 50%, who do not benefit from current treatments.

According to Datamonitor Healthcare analysts, Boehringer's pipeline includes two or more Alzheimer's programs, including a phosphodiesterase enzyme inhibitor (PDEI 9) that is in Phase II; and a potential oral therapy for Alzheimer's that appears to target glycine transporter-1 inhibitor. Glycine reuptake inhibitors are thought to target a mechanism implicated in schizophrenia and dementia, and may play a role in regulation of glycine levels in NMDA receptor-mediated neurotransmission.

Datamonitor analysts told Scrip that based on current research a PDEI 9 inhibitor could have positive pro-cognitive/neuroprotective effects in Alzheimer's, with a potential broader symptomatic benefit over beta amyloid targeting therapies. However, "the only disease-modifying mechanism with an established proof-of-concept is provided by anti-amyloid monoclonal antibodies, and the data here are marginal," Daniel Chancellor, Datamonitor Healthcare's lead analyst for CNS, said. "The further you remove yourself from this mechanistically then you’re really starting from scratch. Considering historical failure rates, you can therefore expect likelihood of approval estimates to be extremely low, at least until some of the companies involved can build up a body of evidence to the contrary."

A high proportion of Boehringer's early- to mid-stage CNS pipeline is based on acquired or partnered innovation, including collaborations with leading biotech companies and academic institutions in the field. "It is our thinking that the vast majority of innovation originates somewhere else in the world," Mendla said. "While we have fantastic scientists – and are very proud of our leading, cutting-edge research ability and capacity – we are still very much inspired by innovation in the external environment."

Mendla highlighted Boehringer's December 2013 drug discovery deal with Circuit Therapeutics Inc., a company researching the connectivity between neuro-circuitry and symptoms that may arise from malfunctions in the body's neural systems, as an example of its successful, long-term partnering activity within this space. Circuit Therapeutics' key technology, optogenetics, allows the control of individual nerve cells and circuits within the brain enabling their functional identification and characterization. Under this first three-year partnership with Boehringer, the two companies focused on novel avenues for drug discovery within brain disorders. In 2015, the pair signed a second partnership deal, this time in the metabolic space.

Boehringer is also jointly developing a novel approach to treating depression and anxiety through a collaboration with Hydra Biosciences Inc. Mendla said this deal was focused on the development of "an entirely novel target not related to the traditional antidepressants that we have in our therapeutic armamentarium today." Hydra is a leader in the field of Transient Receptor Potential (TRP) channel modulation; in April 2014, it signed a worldwide collaboration agreement with Boehringer to jointly discover small-molecule TRPC4/5 inhibitors for the treatment of central nervous system (CNS) diseases and disorders. Boehringer is responsible for the global development and commercialization of the inhibitors that come from the collaboration.

However, Mendla added that in a certain way the group is disease-agnostic. "We are not looking at the disease nomenclature, rather we are interested in symptoms that might be treated by a tailored therapy. So, we will look where a single symptom might play a role and where a treatment might create benefit."

Given this agnostic approach, Mendla was hesitant to name any disease areas within the CNS space that Boehringer has less interest in for R&D deals. However, he noted that the German drug maker has left the pain field, which he said requires a different R&D approach to what the company is using in neuropsychiatry. "We are open to all sorts of indications as long as we understand the neuro-circuitry that might play a role in the disease," he said.

As an example of Boehringer's symptom-based approach to neuropsychiatry, Mendla highlighted that the company is interested in the development of treatments for anhedonia, a symptom in people suffering from depression. There is no specific treatment approved for anhedonia and patients are generally treated with antidepressants that primarily target the depressed mood rather than anhedonia, which is the inability to feel pleasure in normally pleasurable activities. Boehringer's R&D team is trying to identify the underlying anhedonic phenotype in depressed patients to develop drugs that explicitly tackle this symptom.

"We are learning, from areas like oncology in particular, that we need to identify specific bio-types or sub-types of patients based on biomarkers, or other phenotypes, that can be readily assessed," Mendla said.

Using biomarkers for CNS therapies could allow for more precise treatments for patients, avoiding one-size-fits-all drugs. "In the future, I think we will see more and more tailored and specific approaches in patients with conditions like depression or schizophrenia," Mendla said.

Boehringer is also focused on bridging the gap between preclinical and clinical work, as well as better preparation to move Phase I candidates into proof-of-concept or pivotal trials. "We need more focus on bridging that gap by developing translational approaches and trying to identify physiological responses based on the mode of action of a compound," he noted, adding that Boehringer had introduced a research stage between Phase I and Phase II that it calls proof-of-clinical-principle. This step aims to identify a physiological response that is linked to both the mode of action of a candidate compound and the physiology of the patient. "We want further confidence that we might expect a physiological response in patients rather than going on into bigger studies and hoping to see a response on a clinical, measured scale."

As well as the use of biomarkers in CNS drug development, Mendla expects to see more combination therapies emerge in neuropsychiatry, "where we combine treatments for certain symptoms and in conjunction they might provide even bigger benefits to the patients."

Looking to the future, he said: "I hope we will achieve a very rich armamentarium of treatments for a range of symptoms, similar to what we see today in oncology," he said.

Deal Watch: Boehringer Teams Up In CNS Disorders Again, This Time With Domain