The decision by the US to choose Donald Trump as its President from January 2017 has already generated huge interest in what he plans to do on the domestic and geopolitical stage. TTIP and Brexit are likely to loom large on his agenda, and the effects will be felt in the pharmaceutical area, amongst others. 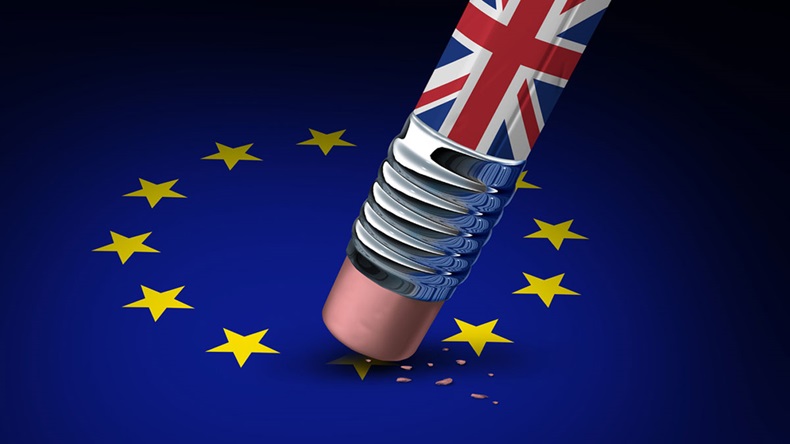 Brexit may have taken the world by surprise, but Donald Trump’s victory in the US presidential election has sent shock waves of a different order of magnitude across the globe.

Not only does this momentous event call into question many assumptions about the direction of US domestic and foreign policy, it also adds to the raft of economic, political and social uncertainties thrown up by the UK’s June 23 decision to leave the EU, which was driven by many of the same factors that Trump highlighted in his presidential campaign.

It’s hard to say at this early stage what effect the US election result will have for the pharmaceutical and wider life science sector in the UK and the other EU countries following the Brexit referendum. However, it’s likely that one area – trade between the US and Europe – will figure high on the President-elect’s agenda, given his well-known hostility to international trade deals such as the Transatlantic Trade and Investment Partnership.

European industry bodies contacted by Scrip, including EFPIA and the UK ABPI, declined to comment at this stage on what the new administration’s priorities would be on TTIP and other areas. One company, Merck KGAA, said it did not see any relevant changes for its business in and with North America, and that it assumed the US would remain “a fair, open and reliable trade partner.”

But Trump is known for his hostility towards free trade agreements, and TTIP could well be in the firing line. Currently being negotiated between the US and the EU, TTIP’s official aims include increasing market access among the signatories, enhancing regulatory cooperation, laying down common rules to promote trade and investment, and reducing non-tariff barriers. The latest round of talks on the deal took place in New York in October.

TTIP is of interest to the pharmaceutical industry in Europe because among other things it proposes to reduce regulatory burdens by seeking convergence in areas like GMP inspections, new drug evaluations, scientific advice, quality by design, generics, biosimilars, pediatric studies, and intellectual property.

EFPIA has said that TTIP “has the potential to facilitate the development of new medicines and improve health outcomes and support new long-term economic benefits,” and that greater regulatory compatibility could be expected to have “a particularly positive impact on smaller companies and collaborations that are central to the broader life sciences ecosystem.”

It’s not clear what approach the new President will take to TTIP, but it is possible that given his protectionist instincts, he may well pronounce it dead in the water once he takes office.

But many EU member states are wary of the agreement, particularly aspects like the controversial state-investor dispute resolution mechanism, and negotiations have recently slowed to a snail’s pace, which could herald its demise.

It’s not clear what approach the new President will take to TTIP, but it is possible that given his protectionist instincts, he may well pronounce it dead in the water once he takes office.

TTIP did not figure much in Trump’s campaign. As the Irish broadcaster RTE pointed out on Nov. 7, the day before the election, the EU member states are advanced economies with similar wage levels and standards to the US, unlike some of the countries that are negotiating another international deal with the US, the TransPacific Partnership.

“Nevertheless,” the RTE report said, “TTIP would open up the prospect of European companies competing for public procurement contracts across the United States, and that would surely have implications for US jobs.” TTIP therefore “could well be in the firing line since much of the impetus for pushing trade deals forward comes from the executive branch.”

While the collapse of TTIP would of course disappoint proponents of the agreement at European level, it could be of benefit to the post-referendum UK. After all, Trump said before the election that he would prioritize a US trade deal with the UK – in stark contrast to Barack Obama’s “back of the queue” comment.

Dropping TTIP could give Trump more leeway to forge a bilateral deal with the UK. But will he make good on his promise to favor the UK? That’s still very much up in the air, not least because the new President will have a lot of other things on his plate.

On a slightly different note, Trump had earlier proposed to open up the US to import “safe, reliable and cheaper” medicines, as outlined in his healthcare reform paper, according to Evercore analyst Terry Haines. Trump suggested that allowing consumers access to “imported, safe and dependable drugs from overseas will bring more options to consumers,” Haines noted.

Whether this would be focused mainly on manufacturers in low-priced economies, or also on generic drugs made in some EU countries, is open to speculation, though.

The UK, Brexit And The EU

In light of his antipathy towards the EU and his prediction earlier this year that Brexit will hasten its dissolution, there have been suggestions that Trump might be of help to the UK in settling any tariffs, quotas and subsidies under World Trade Organization rules should it fail to forge trade deals in time after Brexit.

But this is something of a forlorn hope, according to Agata Gostyńska-Jakubowska and Rem Korteweg of the Centre for European Reform. In a blog on the site of the London School of Economics and Political Science, they note that the UK is a member of the WTO, but until now has been represented by the European Commission, which negotiates on behalf of all the EU member states.

“The WTO operates by consensus and it may take the UK years to get all WTO members to agree to its proposed WTO schedule. Britain will need allies to help twist arms in the WTO to speed up negotiations,” they say, although they note that Trump has said he would withdraw the US from the WTO. “As Britain gears up for Brexit it should not expect too much from the US.”

More generally, the Trump victory may serve to embolden populist parties in Europe, including the UK Independence Party – which strongly supported Brexit and whose former leader Nigel Farage appeared on the stump with Trump – and other right-wing parties in countries like France and the Netherlands.

Many Brexit supporters, including UKIP, want a quick and full departure from the EU and the single market (a so-called “hard Brexit”), and are backing the UK government’s appeal against a High Court ruling that parliament should have a say in the triggering of Article 50, which will start the Brexit negotiations. The US result could strengthen their resolve to seek the end they desire.

The life sciences sector in the UK is concerned about the effects of a “hard” Brexit on the free movement of goods, people and services between the UK and the rest of the EU, saying it could lead to problems with trading arrangements, the UK regulatory framework, the mobility of employees and researchers, international science collaborations, and the like.

The day after the election, European Commission president Jean-Claude Juncker and the president of the European Council, Donald Tusk, extended their “sincere congratulations” to Trump, noting that the strategic partnership between the EU and the US was “rooted in our share values of freedom, human rights, democracy and a belief in the market economy.” They invited him to visit Europe for an EU-US summit “at your earliest convenience” to allow them to “chart the course of our relations for the next four years.” If he takes up the invitation, there will be plenty to talk about.

If there were uncertainties before about the rapidly changing relationships between the UK, the EU and the US post-referendum, those uncertainties have only been amplified by the decision of the US electorate to put Donald Trump into the White House in January next year.

California’s Prop 61 Fails, But More Pricing Measures Could Be Ahead