Vaccines Show Signs Of Efficacy Against Delta Variant, But Is It Enough?

AstraZeneca and Moderna disclosed clinical and preclinical evidence that their COVID-19 vaccines, Vaxzevria and mRNA-1273, provide protection against the B.1.617.2 strain. 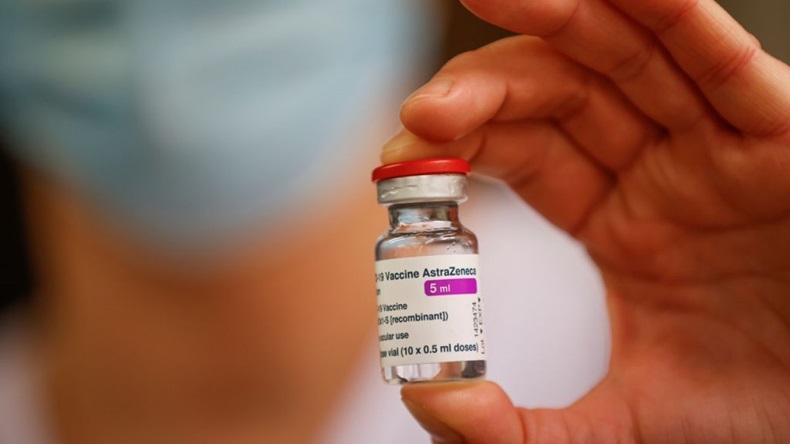 Source: Shutterstock AstraZeneca and Moderna said their vaccines have shown activity against the Delta strain of SARS-CoV-2

AstraZeneca PLC and Moderna, Inc. both announced that their COVID-19 vaccines show signs of efficacy against the Delta (B.1.617.2) and other SARS-CoV-2 variants of concern as evidence mounts that Delta in particular is able to evade protection by Moderna’s mRNA-1273 and Pfizer Inc./BioNTech SE’s BNT162b2. The question now is whether booster shots will provide protection from the variant, first identified in India, as well as other more virulent strains.

London-based AstraZeneca said on 28 June that an analysis from the University of Oxford-led COV001 and COV002 trials of Vaxzevria, its adenovirus-based vaccine previously known as AZD-1222, showed that a third dose of the vaccine, given at least six months after the second dose, resulted in higher neutralizing activity against the Delta variant, along with the Alpha (B.1.1.7, which first emerged in the UK) and Beta (B.1.351, first emerged in South Africa) variants. And on 29 June, Cambridge, MA-based Moderna said results from its in vitro neutralization studies of sera from people who had received mRNA-1273 showed that it produced neutralizing titers against Delta and Beta, along with Kappa (B.1.617.1), Eta (B.1.525), A.23.1 and A.VOI.V2.

There are mounting concerns about breakthrough infections, particularly with the B.1.617 variants, even in people fully vaccinated with mRNA-1273 or Pfizer Inc. and BioNTech SE’s BNT162b2, which like Moderna’s vaccine uses messenger RNA (mRNA) technology.

A Public Health England study published in May indicated that BNT162b2 is 88% effective against the Delta variant. Nevertheless, on 25 June, The Wall Street Journal reported that the Israeli government reimposed masking requirements after discovering that about half of infected adults in an outbreak of the Delta variant there were fully vaccinated with BNT162b2.

As of late May, authorities in the US had reported 600 cases of B.1.617 and three sublineages, and Oklahoma’s health department found a cluster of 17 people infected with Delta, including three who were fully vaccinated with mRNA-1273. (Also see "Breakthrough COVID-19 Cases Raise Concern Over B.1.617 Variant" - Scrip, 20 May, 2021.) The main culprit in India’s devastating outbreak, Delta has spread rapidly in the US, particularly in the South, where vaccination rates remain low.

And although there is some evidence that Johnson & Johnson’s vaccine offers protection against the Delta variant – in public comments, former US Food and Drug Administration commissioner Scott Gottlieb has estimated it at about 60% – there have also been media reports of health professionals seeking second shots with the Pfizer/BioNTech and Moderna vaccines after receiving J&J’s.

At the moment, data to support use of booster vaccines remain limited. Nevertheless, health experts have proposed boosters as a way to increase immunity for some time, especially as variants have been spreading, although the timing of when people should get a third shot – or second, if receiving J&J’s single-shot vaccine – remains unclear.

In the meantime, several vaccine makers have conducted studies exploring the use of their vaccines as booster shots, including those that have entered the vaccine race relatively late.

On 5 May, Moderna said initial data showed that when people received a single, 50mcg dose of either mRNA-1273 or a variant-specific version of the vaccine, mRNA-1273.351, they developed increased neutralizing titers against two variants of concern, namely Beta and P.1, the variant prevalent in Brazil and now known as Gamma. AstraZeneca and the University of Oxford have also started a Phase II/III study of AZD2816, a vaccine designed to work against the Beta variant.

Another tactic researchers have explored – though not specific to Delta – is mixing and matching vaccines, as in the Oxford Com-COV study announced on 28 June, which mixes Vaxzevria and BNT162b2. The researchers found that while the approved two-dose schedule of BNT162b2 produced the highest antibody response, giving Vaxzevria followed by BNT162b2 produced the highest T-cell response. (Also see "Coronavirus Notebook: EMA Explains How To Get A Modified Vaccine Approved, UK Starts Oxford/AZ Variant Vaccine Trial" - Pink Sheet, 29 Jun, 2021.)

Still, the FDA has suggested it may require clinical data before authorizing modified COVID-19 vaccines against variants, as opposed to relying on immunogenicity and safety data. (Also see "Vaccines For COVID Variants Will Require Clinical Data, US FDA Says" - Pink Sheet, 23 Jun, 2021.)

Although Novavax, Inc. has not conducted preclinical studies against the Delta variant, the company sees its vaccine, NVX-CoV2373, as having probably its biggest opportunity in developed markets as a booster shot, particularly after showing 90% efficacy overall in a Phase III study. (Also see "Novavax’s Latecomer COVID-19 Vaccine Impresses With 90% Efficacy Result" - Scrip, 14 Jun, 2021.) NVX-CoV2373 is one of seven vaccines being tested as booster shots, along with the already authorized vaccines and CureVac NV’s mRNA-based candidate, in a UK study expected to report out in September. (Also see "UK Trial Could Help Pick Best Covid Vaccine Boosters" - Scrip, 24 May, 2021.)

Shifting Goalposts For Vaccine Cos As Lambda Variant Rears Head