As the usual flurry of deals coincides with the J.P. Morgan Healthcare Conference, AbbVie signed an mRNA pact with Anima and a cancer research tie-up with Immunome. 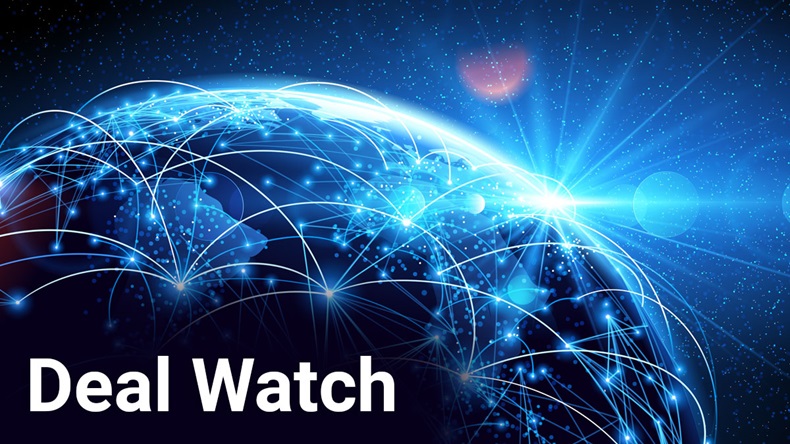 AbbVie Inc. began the 2023 deal-making year by inking a pair of partnerships with US biotechs just prior to the start of the J.P. Morgan Healthcare Conference in San Francisco. On 9 January, the Chicago-area pharma signed on with New Jersey-based Anima Biotech Inc. to discover and develop mRNA biology modulators for three targets across oncology and immunology.

Anima said it will use its mRNA Lightning platform – which combines phenotypic screening with AI-driven elucidation of the mechanisms of action – to discover novel mRNA biology modulators against targets selected by AbbVie, giving the latter exclusive rights to license and develop and commercialize the resulting candidates.

Under the agreement, Anima gets $42m up front and can earn up to $540m in option fees and research and development milestones across the three targets, with potential for further commercial milestones and tiered sales royalties on net sales. AbbVie also holds an option to expand the collaboration with up to three additional targets under the same terms as the initial collaboration.

AbbVie and Immunome Inc. agreed upon a worldwide collaboration and option deal on 6 January focused on discovery of up to 10 novel antibody-target pairs arising from three specified tumor types using the Exton, PA-based firm’s discovery engine. Immunome gets $30m up front and is eligible for up to $70m in additional platform-access payments under the agreement.

In addition, Immunome can realize development and first commercial sale milestones of up to $120m per target, with potential for further sales-based milestones as well as tiered royalties on global sales.

Boehringer Ingelheim GmbH revealed on 9 January that it is partnering with 3T Biosciences to discover and develop next-generation cancer therapies using the latter’s TRACE (T-Cell Receptor Antigen and Cross-Reactivity Engine) discovery platform. The companies said their work will focus on developing therapies for cancers with high unmet medical need.

BI said it will provide patient-derived TCR data to drive 3T’s discovery efforts. The German pharma will make an undisclosed upfront payment and provide R&D funding to 3T, which could also realize up to $268m in discovery, preclinical, clinical, regulatory, and commercial milestones as well as sales royalties under the agreement.

In addition to the alliance with 3T, BI also announced a non-exclusive license agreement on 10 January with Berlin’s ProBioGen AG to use the latter’s DirectedLuck transposase platform technology. Financial terms and how BI will use ProBioGen’s technology were not disclosed, but the family-owned pharma said it has partnered with ProBioGen since 2011 as part of its efforts to use “cutting-edge technologies across the whole biopharmaceutical value chain to achieve its goal of accelerating the development of novel treatments.”

Using its small molecule microarray (SMM) platform, Kronos will build upon Genentech research and lead early discovery and research work on two initial programs, with the latter getting exclusive rights to carry out preclinical and clinical development and commercialization. Financial terms include a $20m upfront payment to Kronos, up to $177m per program in preclinical, clinical and regulatory (including first-sale) milestones, $100m in sales milestones per program as well as tiered royalties. In total, milestone payments to Kronos could reach $554m.

Exercising an option it held since the companies first linked up in 2021, Eli Lilly and Company licensed global rights on 9 January to develop and commercialize drug candidates from three TRexBio programs. Lilly pays $55m up front and could hand over more than $1.1bn in development, regulatory and sales milestones, plus tiered royalties.

TRexBio raised $59m in series A funding in 2021 with Lilly as one of the investors. (Also see "Finance Watch: Insilico Raises $255m To Take AI-Discovered Drugs Into The Clinic" - Scrip, 23 Jun, 2021.) One month prior to announcing the series A, TRexBio hired Johnston Erwin as CEO; Erwin had just retired after spending 36 years at Lilly.

TRexBio said it and Lilly have been quietly working together since the financing with the South San Francisco-based firm, using its Deep Biology platform to characterize Treg biology pathways and map Treg behavior to disease processes to identify and characterize novel therapeutic targets. Under the multi-year agreement, Lilly will develop the preclinical candidates TRB-051 (in IND-enabling studies), TRB-031 and TRB-041 for undisclosed immune-mediated diseases.

Emerging Company Profile: With a pipeline of products for neurological diseases and a collaboration with Sanofi's Genzyme, Voyager Therapeutics is confident that its 'one-shot' gene therapy could be the answer to treating serious diseases of the brain. CEO Steven Paul shares development and funding plans and hopes to make Voyager's gene therapies the answer to neurological maladies.

The deal includes a preclinical GBA1 gene therapy program for Parkinson’s and other GBA1-mediated diseases, which combines a GBA1 gene-replacement payload with novel capsids from Voyager’s TRACER (Tropism Redirection of AAV by Cell-type-specific Expression of RNA) platform. In addition, the partners will collaborate on three new gene therapy programs directed at rare CNS targets, each leveraging Voyager’s novel TRACER capsids.

CytomX Therapeutics, Inc. and Moderna, Inc. inked a collaboration and licensing agreement on 5 January to create investigational mRNA-based, conditionally activated therapies that will combine Moderna’s mRNA technology and CytomX’s Probody therapeutic platform. The Probody platform enables proteins to be activated locally in diseased tissue, while remaining masked in systemic circulation, according to CytomX.

Under the agreement, CytomX gets $35m up front, including $5m of pre-paid research funding. The South San Francisco biotech could realize up to $1.2bn in development, regulatory and commercial milestone payments along with global royalties on net sales of any resulting product.

Moderna and CytomX said they will collaborate on discovery and preclinical development, with Moderna to lead clinical development and commercialization. Moderna also receives an option to participate in a future equity financing by CytomX.

One day prior to licensing its antibody conjugation technology platforms GlycoConnect and HydraSpace, along with select toxSYN linker-payloads to Amgen, Inc., Synaffix B.V. licensed access to those same platform technologies to Hummingbird Bioscience on 4 January for use in developing a cancer ADC product. It could realize up to $150m under the agreement, including upfront and milestone payments; the Dutch firm can also earn sales royalties under the deal.

Capsida said its high-throughput platform is able to biologically screen and identify engineered AAV capsids that target specific tissues, such as the brain, while limiting transduction of tissues and cell types not relevant to the disease of focus.

Under the agreement, Capsida gets $55m consisting of an upfront payment and a commitment to participate in the Prevail's next financing round, plus the potential to earn up to $685m in research and development and commercial milestones as well as tiered royalties. In addition, Capsida will have an option to participate in development and commercialization on one of the programs in the US in exchange for a gross margin share in that program.