J.P. Morgan Day Three: 2023 Is A Year Of Commercial Challenges 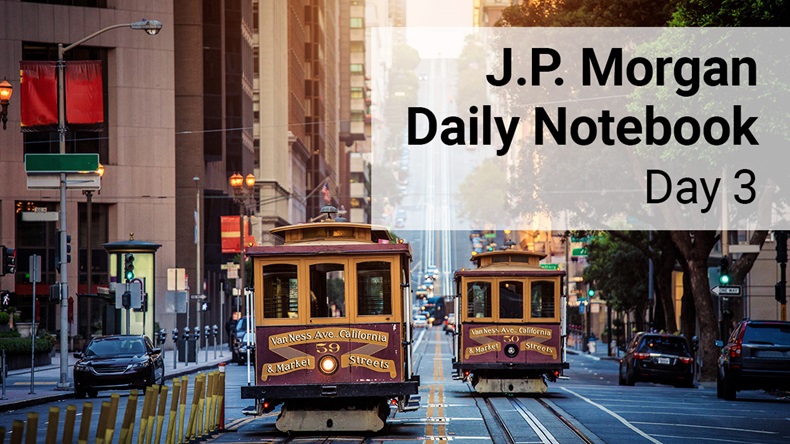 The Institute for Clinical and Economic Review (ICER) president Steven Pearson had positive feedback for Eisai Co., Ltd. on how it communicated the price for its newly approved Alzheimer's medicine Leqembi (lecanemab) to the public, though he said he thinks the $26,500 price set by the company is still too high. ICER is still working on a final assessment, but in the draft assessment ICER determined that Leqembi would be cost effective at an annual list price of $8,500 to $20,600.

J.P. Morgan Was Back, But Not With A Roar

By Jessica Merrill 11 Jan 2023 Biopharma executives and investors descended on San Francisco again, but the numbers seemed fewer, the weather was volatile and the outlook for the sector remained uncertain.   Read the full article here

Still, in an interview in San Francisco, Pearson praised Eisai for clearly outlining to the public how it developed the price through its own value assessment. "I think it's overpriced, but I think the model that they're using for discussing value and its attachment to their thinking about price is a good sign," he said.

Eisai's work describing value reflects some real improvements in the way the drug industry is thinking about drug pricing, he said.

"A lot has changed from 10 years ago," he said. "Eisai put out a statement on its pricing that's all about cost effectiveness, value to society, here's our model, here's the price point, here's the assumptions," Pearson said. "That's a very healthy development, even if ICER disagrees with some of their key assumptions."

Leqembi was granted an accelerated approval by the US Food and Drug Administration in January, just ahead of the J.P. Morgan Healthcare meeting, and is the first new drug for Alzheimer's disease to have shown an improvement in cognition in patients in a Phase III trial. (Also see "Eisai/Biogen’s Leqembi Will Launch Below Aduhelm At $26,500 Per Year" - Scrip, 6 Jan, 2023.)

What George Scangos Has to Say About Alzheimer's

With accelerated approval granted and a supplemental filing for full approval in the FDA's hands, Eisai set a price it says is below the “societal value” its Alzheimer’s drug provides as it prepares to seek Medicare coverage. Labeling notably comes with no black box warning or safety restrictions despite various concerns.

Vir Biotechnology, Inc. CEO George Scangos has been leading the infectious disease company for several years, but he was the CEO of Biogen, Inc. back in 2014 when the company made the decision to move aggressively into late-stage clinical trials with aducanumab, the drug that is now approved by the US Food and Drug Administration as Aduhelm, and the newest drug Leqembi (lecanemab), partnered with Eisai Co. Ltd. and approved by the FDA 6 January.

He reflected on the developments that have transpired in Alzheimer's in recent years in a discussion with Scrip at J.P. Morgan, with some gratification that investing in the risky Alzheimer's space at that time led to the approval of two drugs, despite controversy over the accelerated approval of Aduhelm.

"We did make the right decision," he said. "Lecanemab has clear data. Aducanumab had ambiguous data [though] I think the totality of the data suggest that aducanumab works. I think the FDA did the right thing."

The approval of Aduhelm received a lot of scrutiny because it was approved based on biomarker data showing it reduced amyloid plaque in the brain rather than on a clinical endpoint of improvements in cognition. Despite uncertain data, Biogen launched the drug in June 2021 at a $56,000 per year list price that generated more backlash, and though the company tried to course correct later and cut the price in half, the drug's uptake has been limited by reimbursement hurdles. (Also see "Biogen Halves Aduhelm Price, Readies $500m In Cost Cuts" - Scrip, 20 Dec, 2021.)

"I think the company shot itself in the foot on the pricing," he said.

But he also sympathized with the company over some of the backlash around the clinical trial data and the accelerated approval. "For some reason, a lot of people jumped on the bandwagon to say this wasn't working and the FDA made a mistake – and people who knew very little about Alzheimer's or the program – and so it got to be like a whipping board," Scangos said.

He applauded the decision to invest in two different antibody drugs at the same time despite some questions from investors at the time about doing so, a decision that has now led to the approval of the first drug that has shown a benefit in cognition in Alzheimer's patients.

"I think finally there is a reason to go get screened early to see if you have early signs of Alzheimer's," he said.

Noting that 2023 marks 10 years since AbbVie Inc. spun out from Abbott Laboratories Ltd, CEO Rick Gonzalez said the company is ready for “the event we have all been long planning for” as the first US biosimilars of Humira (adalimumab) will reach the market before the end of January. Addressing J.P. Morgan on 10 January, Gonzalez reiterated his prediction that the company will weather Humira’s loss of exclusivity and return to growth in 2025.

Now just months away from the first US Humira biosimilar launch, analysts are asking AbbVie for specifics on expected revenue erosion. CEO Gonzalez said AbbVie aims for 90% formulary coverage in 2023.

AbbVie is increasing the revenue guidance for its Humira successors Skyrizi (risankizumab) and Rinvoq (upadacitinib) to a combined $17.5bn in 2025, up from a previous estimate of $15bn for that year, and anticipates they will surpass Humira’s single-year sales peak with $21bn in global revenue in 2027. The company has been confident for a couple years that the successor products would be enough to offset the Humira losses within a few years. The two products totaled nearly $2.1bn during Q3 2023 with 75% year-over-year growth for Skyrizi and 55% growth for Rinvoq, and were on track for more than $7.5bn combined in 2022.

With biosimilar erosion inevitable, AbbVie has predicted price-based erosion this year, with volume causing a bigger hit in 2024. (Also see "AbbVie Focuses On Humira’s Formulary Positioning Ahead Of Biosimilars" - Scrip, 29 Apr, 2022.) AbbVie has secured formulary coverage for Humira with payers representing about 90% of US patients, Gonzalez noted. “We remain well-positioned to absorb the impact from the Humira LOE and quickly return to strong growth starting in 2025,” the CEO told J.P. Morgan. “We continue to anticipate a clear path to strong sales growth in 2025 with high-single-digit compounded annual growth rate to the end of this decade.”

In a 10 January note, Truist Securities analyst Robyn Karnauskas said AbbVie’s revised sales guidance for Skyrizi and Rinvoq differ from consensus, which projects $15.4bn for the two products in 2025 and $18.3bn in 2027. Truist’s own modeling anticipates in $16bn in combined sales for the duo in 2025 and then $19bn in 2027.

To reassure shareholders, Gonzalez pointed out that AbbVie has discovered and developed five blockbuster products during its first decade, which are expected to combine for about $16bn in aggregate revenue when the pharma reports its 2022 financials on 9 February.

Sanofi sees a long-term commercial opportunity for its new Factor VIII inhibitor for hemophilia A, Altuviiio (efanesoctocog alfa), despite the availability of Roche's widely used Hemlibra (emicizumab) and likely gene therapy. Altuviio is pending at the FDA with an action date of 28 February, but a US launch this year could correspond with the launch of the first gene therapy for hemophilia A – BioMarin Pharmaceutical Inc.'s Roctavian (valoctocogene roxaparvovec). (Also see "BioMarin Hopes A Single Warranty Will Make Gene Therapy Reimbursement Simpler" - Scrip, 10 Jan, 2023.)

Altuviiio is a next-generation Factor VIII inhibitor that holds the promise of restoring hemophilia A patients to near normal levels of Factor VIII with once-weekly treatment. (Also see "Priority Review Sets Up Sanofi’s ‘Best In Disease’ Hemophilia Drug For 2023 Launch" - Scrip, 30 Aug, 2022.)

Global head of specialty care Bill Sibold said Sanofi is not threatened by the launch of a new gene therapy in the space. "Our view is that this version of gene therapy – I call it 1.0 – just doesn't meet the market," he said during a media briefing at J.P. Morgan.

"If you've got great therapies that are convenient today and you've got risks involved [with gene therapy] and not the ability to re-dose, etc., I'm not so sure that, in at least hemophilia A, it is going to be where you are going to hear a lot of people going or making that choice," he said. "We have heard that from the physician community and patient community right now."

At J.P. Morgan, CEO Reshma Kewalramani and commercial leader Stuart Arbuckle presented an update of their plan to file five potentially ground-breaking medicines over the next five years, with key regulatory and Phase III milestones expected this year and 2024.

Vertex confirmed it had filed its sickle cell disease (SCD) and beta thalassemia (BT) candidate exagamglogene autotemcel (exa-cel) with regulators in the EU and UK. A rolling submission to the US Food and Drug Administration is expected to conclude in Q1.

That could mean  launches in 2024, and analysts at Jefferies predict annual sales of $1bn-$2bn, with a 60/40 revenue split between Vertex and is partner CRISPR Therapeutics.

Competitor bluebird bio is expected to complete filing its rival ex vivo gene therapy for SCD in Q1, following on its recently launched BT gene therapy Zynteglo (betibeglogene autotemcel). This could set the companies up for similar launch dates in SCD, though analysts favor Vertex for the win based on its CMC capabilities and a safer delivery approach.

Arbuckle admitted that finding a commercial payment model for what is likely to be a €2bn ($2.15bn)-plus treatment in Europe was less than straightforward, however.

“Based on our work in CF and our initial discussions with payers there, I think it's very clear that from a payment model point of view, one size is not going to fit all,” he said.

Vertex’s next big catalyst is VX-548, a novel non-opioid NaV1.8 inhibitor candidate for pain, which could be a multi-billion dollar blockbuster. Analysts had expected a topline Phase III readout in acute pain by year-end, but Kewalramani indicated this would come in early 2024.

AbbVie Focuses On Humira’s Formulary Positioning Ahead Of Biosimilars

Bayer Spend On Start-Ups Growing By Leaps And Bounds

The Inside Story On How Bayer Swooped On NASDAQ-Bound Vividion