Reunited At Last At J.P. Morgan; Will The Sparks Still Fly?

The annual J.P. Morgan Healthcare conference will return to San Francisco on 9 January after being held virtually for two years. 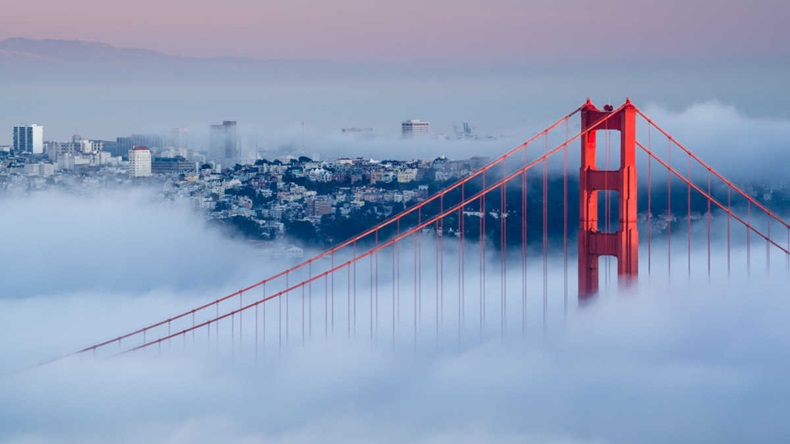 Biopharmaceutical industry executives will meet in person in San Francisco for the annual J.P. Morgan Healthcare Conference for the first time since 2020, and the big question ahead of the meeting is if the live event will deliver the same level of excitement – and business deals – it has been known for. The weather forecast for rain and high wind at least seems as predictable as ever.

J.P. Morgan, which runs 9-12 January, generally sets the tone for the year for the drug industry. A big deal announcement in the opening days of the meeting will signal to investors that more M&A could be in store for 2023, though deal news has been muted at the meeting in recent years. Plus, Amgen, Inc. closed out the year with the $27.8bn acquisition of Horizon Therapeutics plc in December, the biggest deal of 2022, and news that will be hard to top. (Also see "Amgen To Enhance Rare Disease Franchise With $27.8bn Horizon Takeover" - Scrip, 12 Dec, 2022.)

The return of the live conference after COVID-19 sidelined it to a virtual format for two years comes at an uncertain time for the pharmaceutical industry and the business environment more broadly. The last time the industry met in person at J.P .Morgan, Donald Trump was the US president, Medicare price negotiations were nothing but a stalled House bill called H.R. 3, and Pfizer Inc. was better known for Ibrance than COVID-19 vaccines. Much has changed.

Notable advances last year in areas like Alzheimer's disease, gene therapy and cell therapy signal the industry is continuing to make progress in some of the most challenging and exciting areas of drug development, but macro-economic factors, including the prolonged pandemic, inflation, supply chain disruptions and the overhang of a potential global economic recession are headwinds that have disrupted business and weighed on investor sentiment.

Investors generally view large-cap pharmaceutical companies as a safe harbor in uncertain economic times, but the biotech sector has experienced volatility and drops in valuations over the last two years and the market for IPOs weakened in 2022. Two key biotech indexes, the BTK and NBI, rebounded in the second half of 2022 and outperformed the S&P 500, a positive sign for biotech investors heading into a new year. (Also see "Scrip Asks...What Does 2023 Hold For Biopharma? Part 1: The Funding Environment" - Scrip, 4 Jan, 2023.) Meanwhile, if recession fears diminish, comparisons for big pharma could become more challenging.

The Impact Of The IRA

On top of those uncertainties, the pharmaceutical industry is facing its first serious challenge to US drug pricing flexibility with the passage of the Inflation Reduction Act (IRA) last year, which will pave the way for eventual Medicare drug price negotiations. The industry is still absorbing the impact of that sweeping legislation, which is expected to shorten the commercial life of key big-selling brands and have a spillover effect to R&D. (Also see "US Pricing Reform Puts Cancer Drug Innovation At Risk, Drug Leaders Warn" - Scrip, 2 Nov, 2022.)

As EY US health sciences & wellness commercial strategy and R&D lead Eduardo Schur said in a recent interview, "I think everyone is paying attention, but I'm not sure folks are understanding clearly or recognizing the implications of IRA."

How the IRA could change the way pharmaceutical manufacturers conduct R&D and prioritize programs and therapeutic areas is still being sorted out, but the IRA is one topic that is certain to be on the minds of industry executives and investors at J.P. Morgan this year.

Another big topic will be developments in Alzheimer's disease and neurology more broadly following Eisai Co., Ltd.. and Biogen, Inc.'s clinical and expected regulatory success with lecanemab, the first anti-amyloid antibody to demonstrate a reduction in cognitive decline in a Phase III clinical trial, CLARITY AD. (Also see "A Banner Moment For Alzheimer's Positions Eisai/Biogen At The Head Of The Pack" - Scrip, 27 Sep, 2022.)

"Successful development of neuro therapeutics remains a difficult endeavor, but we are coming out of a year that saw some significant wins," Canaccord Genuity analyst Sumant Kulkarni said in a 21 December research note. "We are hopeful 2023 can be a good year for neuro investing."

The launch of lecanemab, if the US Food and Drug Administration approves it, will draw close scrutiny from industry insiders and outsider alike, following the failed launch of Eisai and Biogen's first anti-amyloid therapy, Aduhelm (aducanumab), in 2021. (Also see "How Biogen’s Aduhelm Bet Became A Commercial Bust" - Scrip, 6 Jun, 2022.)

Biogen investors specifically will be interested in getting more clarity on the company's potential role in commercializing the drug, control of which remains in the hands of Eisai, which has not publicly outlined Biogen's role.

Commercial success for lecanemab could set the bar for a new wave of Alzheimer's drugs that could follow and potentially combinations, which could have a much bigger efficacy impact.

Nonetheless, the experience with Aduhelm, and particularly the Centers for Medicare & Medicaid Services’ (CMS) decision not to reimburse Alzheimer’s products receiving accelerated approval outside of the clinical trial setting, has reset the commercial expectations for what success in Alzheimer's will look like. Securing reimbursement will remain the key priority for lecanemab – and any other anti-amyloid products that follow. That could take time.

"Given the strength of the CLARITY-AD data, we suspect CMS will revisit its guidelines and ultimately support reimbursement," Barclays analyst Carter Gould said in a 20 December research note. "However, we would be surprised if this process is completed before late 2023 and more likely until 2024."

The FDA approved three new gene therapies in 2022: bluebird bio's Zynteglo (betibeglogene autotemcel) for beta-thalassemia and Skysona (elivaldogene autotemcel) for cerebral adrenoleukodystrophy (CALD) and uniQure N.V./CSL Limited's Hemgenix (etranacogene dezaparvovec) for hemophilia B. BioMarin Pharmaceutical Inc.'s hemophilia A gene therapy Roctavian was approved in Europe in August and is pending at the FDA, with an action date in March. Sarepta Therapeutics, Inc. also has a gene therapy for Duchenne muscular dystrophy (DMD) under FDA review for accelerated approval.

With price tags running as high as $3.5m for Hemgenix, the commercialization and reimbursement of these drugs could lay the commercial groundwork for future gene therapies and genetic medicines.

"It's been a rough year or two, but we see reasons to be optimistic about the genetic medicine space in 2023," Canaccord analyst Whitney Ijem said.

A Chance To Hear From New Leaders

J.P. Morgan has long been the venue for pharmaceutical leaders to present to investors their near-term growth strategy and catalysts.

This year, there will be several new leaders making their debut to the investment community at the meeting, including Biogen CEO Christopher Viehbacher, Teva Pharmaceutical Industries Ltd. CEO Richard Francis and Seagen Inc.  CEO David Epstein.

Roche is also in the middle of a leadership transition, though the company's newly appointed CEO Thomas Schinecker, currently the head of the diagnostics division, is not formally taking over the top role until 15 March. Meanwhile, the company's pharmaceutical CEO Bill Anderson departed suddenly in December and no successor has been appointed. (Also see "Pharma Leader Bill Anderson Makes Rapid Exit From Roche" - Scrip, 12 Dec, 2022.)

Scrip Asks...What Does 2023 Hold For Biopharma? Part 1: The Funding Environment