How IVI Is Helping To Shape Korea’s Vaccine Ambitions

International Vaccine Institute Director General Jerome Kim talks to Scrip about the significance of South Korea's vaccine hub strategy and IVI's role, as well as the wider progress in the sector in the country. 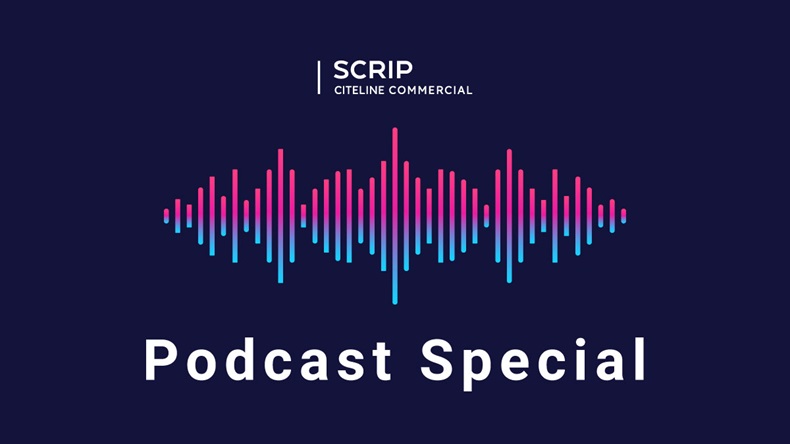 In the past several years, South Korean has been making a strategic push to beef up its vaccine capabilities, initially with an aim to sharply raise the country’s vaccine self-sufficiency and moving on more recently to become a global vaccine powerhouse amid the ongoing coronavirus pandemic. (Also see "Korea Should Pursue Two-Pronged Strategy In Global Vaccine Hub Bid" - Pink Sheet, 21 Sep, 2021.)

The International Vaccine Institute (IVI), founded in 1997 in Seoul as the first international organization to be headquartered in Korea, has been closely following and supporting the country’s steps along the way. A non-profit entity established as an initiative of the United Nations Development Programme, it is among only a few organizations in the world dedicated solely to vaccines and vaccination for global health.

“Vaccine security...we increasingly realize after COVID that being able to ensure that the population has access to advanced vaccine technology could be very important and could be a national security priority,” said Jerome Kim, Director General of IVI, in a recent audio interview. “Vaccines are highly technical…because Korea has good manufacturing, a highly-skilled technical workforce and an ability to do things very precisely, it is in a sense ideal for biotechnology.”

The country appears to be accelerating efforts following its global vaccine hub strategy announced last year, as it was designated by the World Health Organization in February as a biomanufacturing training center for vaccines and biologics to help resolve worldwide vaccine inequities.

South Korea welcomes WHO decision to designate the country as a global biomanufacturing training hub, citing various opportunities this could provide in fulfilling its goal of becoming a similar center of worldwide expertise in vaccines.

In October, Korea and the WHO also hosted the World Bio Summit, where global leaders and experts discussed visions and strategic approaches to advancing the development of, and global access to, vaccines. Kim was one of the keynote speakers at the event.

IVI has been involved in multiple vaccine-related schemes in Korea, including the Vaccine 3.0 project to step up national vaccine sovereignty, the RIGHT Foundation - a three-way partnership funding agency between the government, domestic life science firms and the Bill & Melinda Gates Foundation to support global health R&D - as well as the new vaccine hub initiatives and the K-Vaccine strategy.

“We've been lucky because IVI has been a part of the discussions and thinking along each of the steps,” Kim said in the interview. For example, IVI helped the government recruit Korean companies and was the initial point of contact for the Gates Foundation and the global vaccine manufacturing hub project. It is also bringing in some of the technology for novel vectors.

The institute is partnering with Korean companies developing mRNA vaccines because it can assist with animal testing, assays and clinical trials outside Korea, which some smaller companies have particular trouble with, explained Kim, who became IVI’s third director general in 2015.

As part of ongoing cooperation with Korea’s Ministry of Health and Welfare, IVI reached an agreement in April to step up cooperation around global vaccine inequities and domestic R&D activities. The ministry is pushing to develop new vaccines and raise production capacities under the K-Global hub strategy, which aims to invest KRW2.2tn ($1.54bn) by 2026.

Because of the experts at IVI, it has also become a sort of external incubator, particularly for smaller firms. “How are you going to get an approval as quickly as possible? What's the shortest pathway? We advise them on business development and regulatory strategy," Kim said.

While the global vaccine and biotech markets are growing significantly amid the continuing pandemic and this is creating opportunities, there are also certain challenges.

“The risks here are that all of a sudden you're not looking at external markets. You're looking at internal. So Korea is only 51 million people but Asia is...three billion, almost four billion people. And if that's the market then there's enormous opportunity,” he said.

“You have to be able to go outside of Korea. And right now, with the companies still relatively small, they're not like Pfizer Inc. and Merck & Co., Inc. which can sell vaccines all over the world. They're much more limited…but, as with everything, if you want to be the number five vaccine manufacturer then you'll have to find someone to buy the vaccine.”

So far, IVI has taken two vaccines to approval. The first is an oral cholera vaccine, made by different manufacturers but primarily Korean biotech EuBiologics Co., Ltd. and which accounts for 90% of the world's supply of this type of vaccine. IVI has also been working with SK Bioscience for a typhoid conjugate vaccine, which was approved in Korea in May and has been submitted for WHO approval.

Listen to the full interview below to hear what more Kim has to say on these and other topics.

00:01 History of IVI and major achievements in Korea

09:30 Significance for Korea and globally

11:20 Why Korea is an ideal place for a vaccine hub

14:30 Progress made so far and challenges

16:45 How IVI is helping Korea to achieve its goals

23:50 Personal goals as the director general of IVI

This and all our other podcasts are available on the Pharma Intelligence channel on Apple Podcasts, Google Podcasts, SoundCloud, TuneIn and Spotify Podcasts, and via smart speakers if one of these platforms has been set up as your default podcast provider.