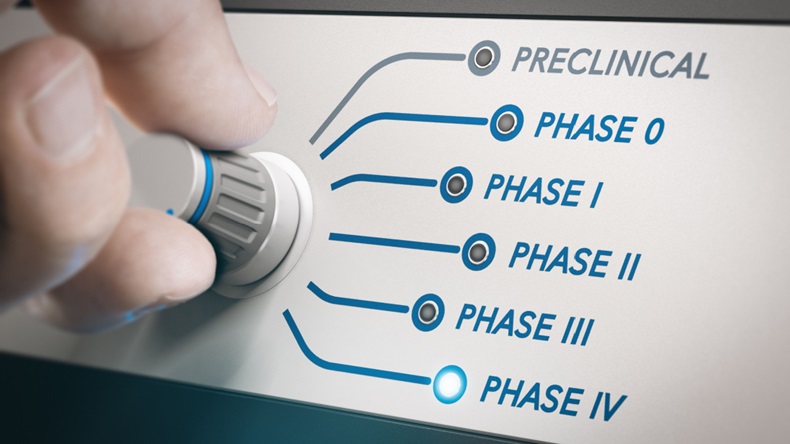 Walmart is joining the growing list of retailers getting involved with clinical research as the retail pharmacy industry has emerged as a new player in the move toward decentralized trials. The company announced the launch of the Walmart Healthcare Research Institute (WHRI), designed to increase access to clinical trials, following in the footsteps of pharmacy giants Walgreens Boots Alliance Inc. and CVS Health Corp.

The retailer, which operates more than 5,000 stores across the US, said on 11 October that it is working with a wide range of study partners that include clinical research organizations, drug companies and academic medical centers, adding that the WHRI was already demonstrating “strong results,” with a referral rate three times that of the industry benchmark.

The company added that the WHRI placed particular emphasis on serving populations often underrepresented in clinical trials, such as older people, rural residents, women and minorities.

CVS Health, which operates the eponymous retail pharmacy chain as well as the pharmacy benefit manager CVS Caremark and managed care organization Aetna, got especially involved in clinical trials during the COVID-19 pandemic, launching a clinical trial services division in May 2021. The company said sponsors were asking CVS for help setting up community-focused sites to recruit patients for COVID-19 and other clinical trials. And it certainly has the kind of reach to enable that effort, with an executive stating in November 2021 that it engaged more than 1 million patients during the pandemic, expecting that number to rise to 10 million as it engages more patients as well as opportunities for clinical research. (Also see "Industry Is Moving Fast With Decentralized Trials, But Is It Too Fast?" - Scrip, 3 Nov, 2021.)

CVS Health told Scrip that the company is making progress toward developing community sites across the country to help customers and provide additional access to trials for a larger and more diverse portion of the population. One of the examples the company cited of how it is participating in clinical research is in Moderna, Inc.’s development program for its cytomegalovirus vaccine, mRNA-1647, in which CVS health hubs are being used as trial sites.

What’s significant about Walmart’s initiative is the retailer’s reach, especially in the sorts of rural areas that are especially attractive for decentralized trials.

In addition to putting a spotlight on clinical trial diversity, the pandemic also spurred the biopharmaceutical industry to jump headlong into decentralized trials, especially as the risk of contracting COVID-19 – particularly for patients with potentially weakened immune systems – forced trial participants and staff alike to limit their contacts with each other.

That doesn’t mean the movement has been entirely smooth sailing. US Food and Drug Administration commissioner Robert Califf has cautioned against moving too fast and emphasized sticking to the fundamentals of clinical research, such as randomized, controlled trials. Building out decentralized trials has also presented unique challenges in Europe, as sponsors have found themselves having to navigate the EU’s fragmented regulatory landscape. In response, the bloc established a project meant to highlight differences and similarities in regulatory requirements among member states regarding decentralized trials. (Also see "Decentralized Clinical Trials: EU To Demystify Differences Between Member States" - Pink Sheet, 22 Sep, 2022.)

SIGA Technologies, Inc said 12 October that it has initiated three randomized, placebo-controlled clinical trials in three countries to evaluate the drug Tpoxx (tecovirimat) as a treatment for monkeypox, including the STOMP trial of more than 500 patients in the US, sponsored by the National Institute of Allergy and Infectious Diseases; the PLATINUM trial in the UK, also with at least 500 patients, commissioned and funded by the National Institute for Health Care and Research; and the PALM 007 trial of more than 450 patients in the Democratic Republic of Congo, sponsored by NIAID and the Institute National de Recherche Biomédicale. The US Food and Drug Administration approved Tpoxx for smallpox in 2018, and the company has been developing it for monkeypox, particularly to address the recent outbreak in the US and Europe. (Also see "Monkeypox Is A Different Drug Development Ballgame From COVID-19" - Scrip, 22 Sep, 2022.)

Massive Bio said 26 October that it exceeded its goal of bringing in 100,000 cancer patients to its platform by the end of 2022, nine months earlier than expected. The company’s platform is designed to use artificial intelligence to match cancer patients with relevant clinical trials in order to allow them to find treatment options faster and to allow drug developers to enroll broader, more inclusive populations instead of focusing on traditional site-specific recruitment. The company noted that although there are more than 14,000 active cancer trials around the world, and more than 18 million patients are diagnosed with cancer every year, less than 0.1% of cancer patients were enrolled in a clinical trial. It said the “tedious job” of manually reviewing patient records and reading protocols, which is time-consuming, prone to error and requires significant commitment of human resources, is a major barrier to participation. The company’s platform extracts information automatically from patient electronic health records, including biomarker and other test results, and identifies trial matches for them.

BridgeBio Pharma, Inc. said 11 October that it dosed the first patient in a Phase I/II trial of BBP-398, a SHP2 inhibitor, in non-small cell lung cancer (NSCLC), in combination with Amgen, Inc.’s KRAS G12C inhibitor Lumakras (sotorasib). Additionally, it said the drug received fast track designation from the FDA. BridgeBio is slated to test its SHP2 inhibitor in combination with a PD-1 inhibitor soon after it signed a licensing deal with Bristol Myers Squibb Company in May worth up to $905m to develop BBP-398 together with Opdivo (nivolumab). The drug target has captured the attention of multiple other big pharma firms, including Merck & Co., Inc., which announced a deal in January 2021 to license small-molecule drug discovery programs targeting SHP2 from Otsuka Holdings Co., Ltd. Novartis AG is developing the SHP2 inhibitor TNO155 alongside in-house KRAS G12C inhibitor JDQ445. (Also see "BridgeBio, BMS Set Sail In Expanded SHP2 Collaboration" - Scrip, 12 May, 2022.)

The Oncology Institute, Inc. has beefed up its technology and clinical trials oversight with the appointment of two new executives, Phil Reger as chief information officer and Cristina Green as vice president of clinical research, the value-based oncology group said 11 October. Green will oversee the company’s clinical research arm and expand access to clinical trials for its patients. She has worked in clinical research for 24 years in areas such as data management, project management, clinical operations and functional leadership, most recently at Labcorp Drug Development. Reger, whose position the company newly created, will oversee technology and data initiatives, developing strategies for the company’s growth in that area. Previously, he was part of the founding team of Radiology Partners, where he served as chief technology officer.

On The CRO Front

Thermo Fisher Scientific – the parent company of contract research organization PPD, Inc. – said 12 October that it opened a new clinical research laboratory in Richmond, VA, as part of a $97m investment by the company to expand its bioanalytical laboratory operations in the city. The company acquired its existing laboratory services operation in Richmond when it bought PPD in December 2021. Most of the expansion with the new laboratory will occur in liquid chromatography-mass spectrometry for drug discovery through to clinical testing, as well as enhancements in cell and gene therapy, biomarkers, vaccine sciences and immunochemistry.

Syneos Health announced on 11 October that it expanded its existing partnership with Datavant, which it said would enable the companies to take greater advantage of Datavant’s products and data ecosystem to accelerate clinical development and commercialization of new therapies for patients. Syneos said it would use Datavant’s Switchboard to develop analytics and artificial intelligence-driven technologies to improve efficiency in clinical trial execution in order to improve the experience for patients, trial sites and biopharma companies. Datavant has collaborated with a number of service providers, including CROs, such as a partnership with Parexel International Corp. focused on real world evidence. (Also see "Parexel Execs On How To Adapt Clinical Studies Amid The Pandemic" - Scrip, 13 Apr, 2020.) It was also part of a consortium of health care companies to create a COVID-19 research database, which included Parexel as well as Medidata Solutions Inc., Advarra, Aetion and others. (Also see "Coronavirus Update: Two UK-Backed Vaccines Progress, Cross-Industry Database Launched, Roche's Schwan On COVID-19 Impact" - Scrip, 22 Apr, 2020.)

Charles River Laboratories International, Inc. said 18 October that it has partnered with Nanoscope Therapeutics on gene therapy manufacturing using Charles River’s contract development and manufacturing organization (CDMO) services in plasmid DNA and viral vectors. The deal will give Nanoscope access to Charles River’s CDMO centers and to services like good manufacturing practice (GMP) cell banking, GMP-grade plasmid DNA manufacture, adeno-associated virus (AAV) production and others. The CRO has positioned itself as a service provider to gene therapy makers, as on 10 October, when it launched its nAAVigation vector platform, designed to streamline the pathway to GMP AAV vector manufacturing. The company also announced on 19 October the launch of HemaCare, an app designed to enhance access to donor centers for cell and gene therapy research.

dMed | Clinipace announced 3 October that it was rebranding and changing its name to Caidya, which it said would reflect the integration of its two predecessor companies – US-based Clinipace, Inc. and China-based dMedClinical Co. Ltd. – which merged in April 2021. The company, headquartered in the US and China, is a full-service CRO serving markets in North America, Latin America, Europe and the Asia-Pacific region.

Monkeypox Is A Different Drug Development Ballgame From COVID-19

Industry Is Moving Fast With Decentralized Trials, But Is It Too Fast?

Parexel Execs On How To Adapt Clinical Studies Amid The Pandemic