Chinese biotechs listed in the US have a watershed day, with many shares nosediving by over 10% amid leadership changes in China, where the retirement of several economic pragmatists appears to be adding to souring investment sentiment amid views on rising uncertainties and risks. 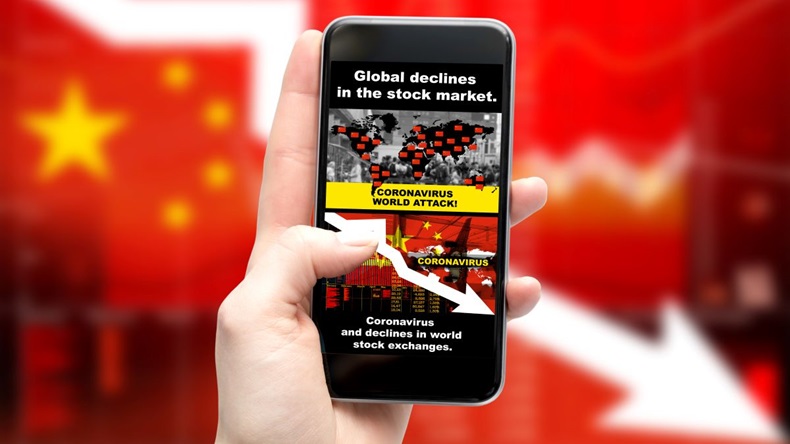 On Oct. 24, the China biotech sector has suffered its largest single-day drop across the board as investors dumped US-listed shares in the wake of the changes to China's top political leadership. Even some recent strong performers didn't fare well.

BeiGene, Ltd., Zai Lab Ltd., I-Mab Biopharma Co., Ltd were among the companies trading in the US that saw losses of more than 10% during the course of the trading day, while BeiGene closing 8% down from the previous day, Zai Lab, however, plunged to close down 19.6%, a one-year low.

I-Mab, meanwhile reached a multi-year low and lowest since its public offering in early 2020. The antibody drug maker closed at $3.25 per share, dropping by over 9% and down nearly 95% from its yearly high of $70.04 reached around a year ago in November 2021.

Oncology and diagnostic firm Burning Rock Biotech Limited saw its shares plunge by 18.4%; together with Zai Lab, ranked as two the five biggest decliners among all Nasdaq-listed biotech issues.

The one exception to the Chinese biotech watershed was Legend Biotech Corp., which dropped by a relatively small 1.4%.

”There are simply too many macro risks and accounting shenanigans to make those stocks worth the risk.“  - Brian Shannon, US equity trader and author

Outside China biotechs, the overall biotech sector, as represented by the iShares Biotechnology ETF (exchange-traded fund) was up 1.3%, while the overall S&P 500 index was up 1.2%.

The US-listed Chinese biotechs have since regained some loss on the following trade day, as of the close on Oct.25, BeiGene and Zai Lab gained over 3%, I-Mab up by nearly 7%.

As the Chinese Communist Party's once-every-five-year National Congress came to an end last weekend, the composition of the country's Politburo Standing Committee (Cabinet) was confirmed, along with other changes to the Central Committee, which feeds into this. Both were seen as providing support to President Xi Jinping's policies, which include a strict "COVID Zero" approach, tighter regulation of the tech sector and increasing economic self-reliance.  (Also see "Xi Lays Out Broad China Policy Directions As National Congress Opens" - Scrip, 17 Oct, 2022.)

Other than political uncertainties and the effect of the economic downturn in China, US-listed Chinese biotechs were also already feeling the heat from the risk of potential delisting.

The US Securities and Exchange Commission earlier this year required all US-listed Chinese firms be subject to audits by the US Public Company Accounting Oversight Board within three years or face delisting.

The SEC and Chinese security regulators reached a temporary agreement in late summer to have US auditors conduct their work in Hong Kong, but the delisting overhang remains and some US-listed, Chinese state-owned firms have exited from the market in force to avoid the audit (see side box).

A new bilateral agreement between securities regulatory authorities in the US and China is being seen as a welcome first step in addressing issues around US inspections of auditors of US-listed Chinese firms, but implementation will be key.

In Hong Kong SAR, where many Chinese biotechs have gone public and listed to closer to home market, the tech index of the Hang Seng Index also saw a big drop after the weekend, down by nearly 7%.

Beside overall investor sentiment turning sour over the incoming Chinese leadership’s potential approach of placing politics over the economy, investors are also worries generally about uncertainties and the risks of macroeconomic policies in China.

The Chinese biotech selloff also follows a trend of overall cooling of sentiment towards the sector. In 2021, as many as 88 therapeutic developers went public, while only 17 companies have done so so far this year.

There may also be lingering worries after some US investors were burnt by past scandals such as Luckin, China's largest homegrown coffee chain operator, which was found to have faked store revenue data and was forced to delist from Nasdaq.

Noting that he had been criticized for his refusal to buy China-based stocks, US equity trader and author Brian Shannon stated in a twitter post that "There are simply too many macro risks and accounting shenanigans to make those stocks worth the risk.”