Stock Watch: The Swings And Roundabouts Of KRAS Inhibitor Competition

Amgen And Mirati Match Too Early To Call

The era of follow-on medicinal chemistry has largely been eliminated by more comprehensive patent protection. Nowadays, investors trade on the differences in safety and efficacy for similar molecules. 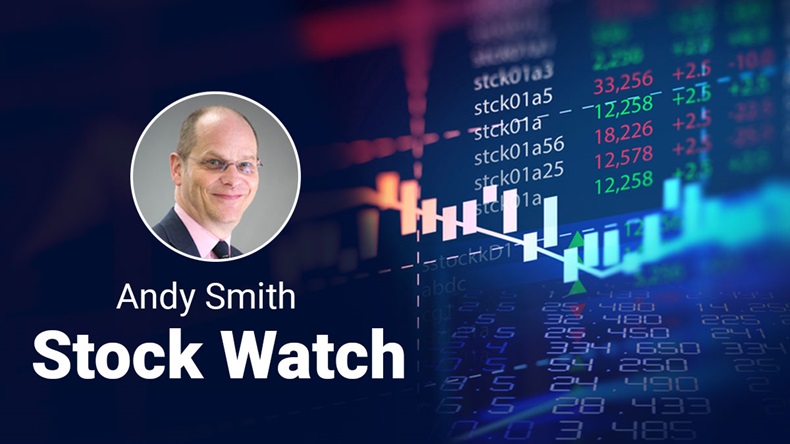 The period of pharmaceutical development known as the “me-too drug” or “follow-on drug” era was not the most auspicious for the sector. One pharmaceutical company’s small molecule drug was closely followed to market by a very similar product from another company. Medicinal chemists would make the slightest change that effectively left safety and efficacy as close to the initial drug as possible while skirting around the originator’s patents. The histamine H2 receptor antagonists Zantac (ranitidine) and Tagamet (cimetidine) – from the component companies of GSK plc* – for the treatment of gastric ulcers, and the first tyrosine kinase inhibitors (TKIs) Tarceva (erlotinib) from Roche Holding AG and Iressa (gefitinib) from AstraZeneca PLC for the treatment of non-small cell lung cancer (NSCLC) were two examples of close chemical relations.

Although small molecules continue to be developed, there now appears to be less scope for this follow-on drug development, probably because more comprehensive related structures are included in patent filings. As a consequence, follow-on drugs are unlikely to be anywhere near as efficacious or as safe as the originator molecule.

One example of this confinement or limitation to less attractive molecules is Puma Biotechnology, Inc.’s TKI Nerlynx (neratinib), which was approved in 2017 for the treatment of breast cancer. Neratinib was developed by Pfizer Inc.* until Phase III before being out-licensed to Puma in 2011. Pfizer may have assessed the dominance of the monoclonal antibodies used to treat breast cancer – including Roche’s Herceptin (trastuzumab) and Perjeta (pertuzumab), and the antibody-drug conjugates (ADCs) based on them, and decided that neratinib’s commercial potential was limited. It was not just the rock of these anti-HER2 antibodies and ADCs that probably pushed Pfizer to ditch neratinib, but the two hard places of GSK’s dominant TKI Tykerb (lapatinib) – which was approved for breast cancer in 2006 before being asset swapped to Novartis AG in 2015 and going generic in 2020 – and the limited chemical space that GSK’s patents left for another active but non-toxic TKI in the treatment of breast cancer.

The commercial people in Pfizer will have drawn up a target product profile for neratinib. In the section for safety and tolerability this probably stipulated “no clinically significant adverse events over placebo or an active comparator” (like Tykerb). Tykerb’s label notes diarrhea as a side effect in 65% of treated patients while in Nerlynx’s label, diarrhea occurred in 95% of treated patients.

Puma reported second-quarter 2022 sales of Nerlynx that grew by 5% over the same quarter of 2021, while full-year 2021 sales fell by 4% on those of 2020. This lackluster performance contrasts that of the big pharma oncology franchises that bounced back more strongly from the pandemic in second-quarter earnings season. (Also see "Stock Watch: Binary Second-Quarter Oncology And COVID-19 Trends" - Scrip, 23 Aug, 2022.) Hats off to the business development and licensing staff at Pfizer who recognized the weaknesses of neratinib that included its gastrointestinal liability, and fobbed it off to Puma. But even more kudos should go to GSK’s chemists and patent attorneys who left no chemical space for another competitive TKI. Less credit accrues to recently profitable Puma after slashing second-quarter selling, general and administration expenses by 48% on the same quarter of 2021 and pricing Nerlynx at about 16 times that of generic Tykerb in the US.

Up until a few years ago I had largely ignored the molecularly defined indication of KRAS mutated cancers because although the gene is mutated in about 90% of pancreatic cancers (which are correspondingly very difficult to treat), the KRAS-G12C mutation is found in only 14% of NSCLC and 4% of colorectal cancer (CRCs) tumors. In addition, the mutated KRAS proteins were thought to be undruggable. But all that changed when redeployed medicinal chemists turned their attention to KRAS, resulting in the accelerated approval of Amgen, Inc.’s Lumakras (sotorasib) for locally advanced metastatic NSCLC. At the same time the profile of a much smaller challenger to Amgen – Mirati Therapeutics, Inc., with its KRAS-G12C inhibitor adagrasib – had also been rising, although remaining in Amgen’s shadow. Mirati emerged from a restructuring and a switch from its Canadian listing to NASDAQ in 2013.

By Alaric DeArment 07 Sep 2022 The company is reporting strong ORR, durability and PFS at ESMO in heavily pretreated colorectal cancer, an indication where Amgen’s Lumakras has struggled. Read the full article here

At the recent European Society for Medical Oncology (ESMO) meeting, Mirati’s updated KRYSTAL-1 Phase I/II data in 43 CRC patients as monotherapy, and 28 patients in combination with Erbitux (cetuximab), remained at an earlier stage than Lumakras’s data in both NSCLC and CRC. And, reminiscent of the David and Goliath battle between Puma and GSK over their TKI’s, adagrasib had been humbled early on – at least in my mind – by the 72% incidence of diarrhea that had been reported in the earlier portion of the KRYSTAL-1 study in 25 NSCLC and CRC patients. The latest ESMO data in 110 patients in a range of solid tumors also showed 20% of patients treated with adagrasib having raised liver enzymes. By contrast, Lumakras’s FDA label noted a 42% incidence of diarrhea in Amgen’s 204-patient Phase I/II portion of its CodeBreaK 100 study and a 25% rate of raised liver enzymes.

But unlike the GSK/Puma dynamic, Amgen and Mirati’s competitive positions seem to flip with every data drop and are complicated by Lumakras’s accelerated approval in NSCLC and its ongoing clinical studies alone and in combination in CRC. Adagrasib remains in Phase II and Phase III studies alone and in combination with different agents in CRC, NSCLC and pancreatic cancer, and is hoping for a December accelerated approval in NSCLC.

Winners And Losers In KRAS G12C

There was no hiding the disappointment with Lumakras’s efficacy after Amgen’s ESMO presentation in KRAS G12C-mutated NSCLC. With the trial compromised by protocol amendments and a lower recruitment rate there was a modest and even declining efficacy in the 345-patient confirmatory Phase III CodeBreaK 200 study compared with what was previously reported in the earlier CodeBreaK 100 study. Some of this is normal as larger clinical studies enroll a more diverse patient population, but if safety and efficacy continue to erode in either product as the data mature, the cost-benefit of any KRAS-G12C-directed therapy will come under scrutiny, let alone their clinical risk-benefits.

Many social media commentators had already pronounced adagrasib the winner and Mirati’s stock price finished the six-day period of the ESMO conference up by over 3% while Amgen’s stock price finished the same period down by just over 7%. Unlike in TKIs in breast cancer, the winners and losers based on safety or efficacy of these two KRAS-G12C inhibitors are too early to call. What is more certain is that Amgen’s medicinal chemists and patent attorneys missed at least one.