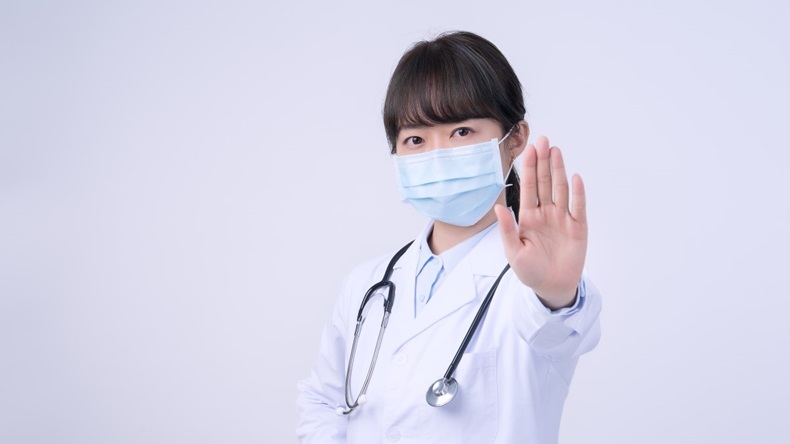 Japan has been encouraging domestic pharmaceutical firms to develop vaccines and therapeutic drugs to tackle COVID-19.

However, a number of recent online posts by Japanese physicians over Shionogi & Co. Ltd.’s oral antiviral candidate Xocova (ensitrelvir; S-217622) have reminded the local pharmaceutical market of a simple fact; doctors want a drug that can really treat their patients, whether or not it was discovered by a domestic firm.

Also, that if anyone asks the government to approve a product without conclusive proof of efficacy and safety just because it’s Japan-made – such a move is not welcomed by many physicians in the country.

Since the beginning of September, an open letter from two Japanese physicians’ associations to the Ministry of Health, Labour and Welfare (MHLW) asking for “immediate approval” of antivirals for COVID-19 - which, although it did not name any specific drug, was obviously pointing at Xocova - has triggered a backlash from other doctors in the country.

Xocova’s emergency approval stymied by uncertainties over efficacy and other characteristics that could effectively limit its use, prompting decision to await Phase III data later this year.

Although the MHLW began reviewing Xocova under an Urgent Approval system this April, it has postponed the approval twice due to a lack of data proving sufficient efficacy; the ministry plans to reopen discussions after more complete Phase III findings are available.

Anger Over 'Approval Without Proof'

The controversial letter, titled “Proposal On Urgent Matters On COVID-19 Disease And Their Solutions,” was published online on 2 September by The Japanese Association for Infectious Diseases (JAID) and Japanese Society of Chemotherapy.

It suggested the MHLW should immediately approve antivirals against COVID-19 given the high need, noting “data involving a domestic-made antiviral drug currently in discussion for approval” – quite obviously Xocova - had successfully demonstrated an ability to decrease the amount of SARS-CoV-2.

Publication of the letter prompted some strong criticism from other doctors in Japan. Not only was it seen as recommending the MHLW put more weight on antiviral effect rather than effective reduction of risk of symptom development, but it was also published in the name of the associations and one of the letter's two main authors was Hiroshi Yotsuyanagi, director of JAID and also the principal investigator for Xocova’s Japanese clinical trials.

Dr Kentaro Iwata, professor of infectious disease therapeutics at Kobe University, commented on Twitter that he was "devastated” by the opinions in the letter from “whom are supposed to be a group of specialists [in infectious disease].”

“Antiviral drugs [in general] are aimed at healing patients. Killing the virus is the means [of treatment], not the purpose,” he stated. “This is the basic part of EBM [evidence-based medicine] and it’s unacceptable to see professionals being unaware of it.”

A professor at Saitama Medical Center and infectious disease specialist Dr Hideaki Oka revealed in another Twitter post he had sent JAID an e-mail objecting to the letter. “The efficacy of a drug is supposed to be evaluated by its efficacy for patients,” he wrote in a commentary for a local news website, expressing doubt the letter represented all the association's members.

Scrip saw Twitter posts by several other doctors who claimed they were JAID members but were never informed in advance about the letter. Dr Kosuke Yasukawa, assistant professor at Georgetown University School of Medicine in the US, commented on the social media platform that “many doctors would not agree with” the letter.

“Recommending approval of a drug with what little data are available, just because it’s a domestic drug – that could harm the trust in drugs,” he stated.

The two associations published an additional statement on 8 September which effectively conceded the original letter was asking for Xocova’s approval. The new statement pointed to the importance of the regulatory clearance to enable the early-stage treatment of COVID-19 in Japan, noting the Urgent Approval system could be applied if efficacy can be assumed.

The 8 September statement notes the letter was scripted based on opinions from selected members after the associations received external opinions criticizing the MHLW discussions around Xocova, and reflected management feedback. The statement also admitted three members of the associations including Yotsuyanagi have been involved in Xocova’s trials, although noting the letter was "not aimed at benefiting pharmaceutical firms.”

“Since currently Japan doesn’t have any antivirals indicated for people under 60, a drug which can be expected to show efficacy for this group and to prevent infections and health damage can be subjected to Urgent Approval system,” the statement insists, adding its view that this point was not “considered well" by the MHLW committees.

But the explanations have not eased the concerns, partly because the data cited in the letter and additional statement were both related to a post-analysis of the Phase II results. The data were presented at the hearing on Xocova’s approval in July and faced criticism from several committee members at the time.

“[The additional statement from JAID] did not show the reason why the data from post-analysis can be considered reliable, which they should have explained,” Yasukawa commented on Twitter. While expressing hope the Phase III results will show efficacy, the physician remains concerned about approving the drug at this point.

“Because Xocova will potentially be used for people with mild symptoms, I think many medical workers are worried about the risk of creating a ‘slippery slope’ of loosened discipline in the drug approval process [by approving Xocova with current data],” he wrote.

Along with a number of antibody therapies, Japan has already approved several antivirals for COVID-19, including Gilead Sciences, Inc.'s Veklury (remdesivir), Paxlovid (nirmatrelvir/ritonavir) from Pfizer Inc. and Lagevrio (molnupiravir) from MSD.