Amgen’s latest deal shows the biotech major’s need to replenish its portfolios and also the cool heads required when negotiations get heated. 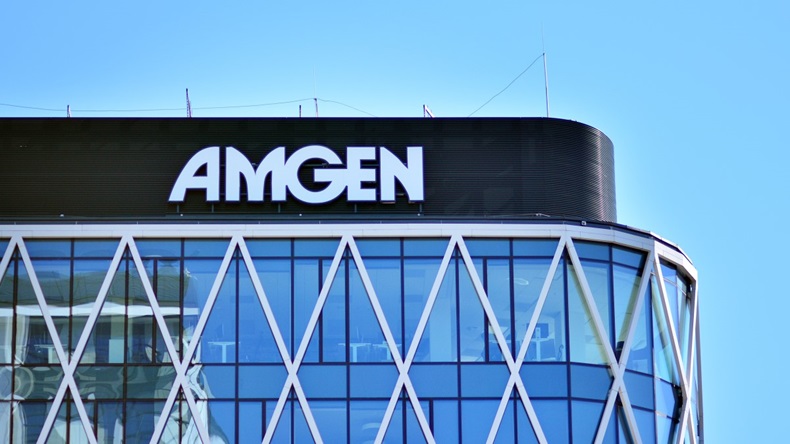 Amgen has a pressing need to replace revenues from major drugs facing loss of exclusivity, but the firm remained patient in its pursuit of ChemoCentryx, before agreeing a $3.7bn buyout.

The documents illustrate the shifting dynamics of the biopharma M&A market, where sky-high biotech valuations deterred buyouts during 2021, although sector-wide deal-making has been slow to pick up this year despite much diminished share prices.

ChemoCentryx’s advisers Goldman Sachs found all interested parties were put off by what they considered a high market valuation in June 2020, which at that time was $3.8bn. That price continued to rise, and by February 2021 it hit a peak of $4.72bn.

The company hit a major bump in the road on 4 May 2021 when the US Food and Drug Administration published a briefing document outlining concerns about the avacopan filing, including issues around safety and the interpretability and clinical meaningfulness the data.

That news spooked investors and the company saw its share price plunge 45%, closing at $26.63.

The company overcame those difficulties, however, and secured an FDA approval for avacopan, now known as Tavneos, on 8 October 2021, with analysts at Canaccord Genuity and H.C. Wainwright projecting peak global annual revenues of $1.9bn.  (Also see "ChemoCentryx Gains Runway To Grow With Avacopan Approval" - Scrip, 8 Oct, 2021.)

The approval also sparked renewed interest from Amgen, but on an initial call in December 2021 between its CEO Robert Bradway and ChemoCentryx CEO Thomas Schall, the proposal was for a commercial licensing deal on the drug, rather than a full-blown buyout.

The two executive teams met in person in January and February 2022, visiting each other’s respective headquarters in California. ChemoCentryx talked up the value of its pipeline, which included further potential indications for Tavneos, plus three early-stage candidates that target chemoattractant receptors and a novel orally-administered PD-L1 checkpoint inhibitor, CCX559.

The SEC filings show that ChemoCentryx put a value on Tavneos’ other potential indications and its two lead pipeline candidates of $2.18 bn peak sales by 2034.

While Amgen were keen to return to the idea of a co-marketing alliance, Schall and his team made it clear they were not interested in product-specific partnerships.

By early March, Amgen made a first offer of $42.50 per share cash purchase, nearly double the company’s share price at the time, but this was rejected by the ChemoCentryx board.

Sensing the bigger company’s continued interest, ChemoCentryx said bids over $50 per share would secure the acquisition, and by 23 June, Bradway called Schall with an improved offer of $51.00 per share.

But still ChemoCentryx held out for a higher offer, and sought to rekindle interest from other previously interested companies, Party A and Party E, plus two new ones, Party F and Party G.

This tactic had limited success, however, with Party E offering at one stage a maximum of $40 per share and threatening to make the offer public in order to win over ChemoCentryx’s shareholders.

As interest from the other interested parties waned, Schall finally accepted Amgen’s takeover terms on 3 August, the $52 price representing a 116% premium to the company’s share value before the deal was announced the following day.

The acquisition looks likely to get the sign-off from ChemoCentryx shareholders and market regulators and is set for completion by the end of 2022.

Can Amgen Make The Acquisition Work?

Analysts were generally satisfied with Amgen’s purchase, despite the high premium paid, agreeing it could maximize Tavneos’s potential as part of its inflammatory disease portfolio, which includes fast-growing oral psoriasis drug Otezla (apremilast).

Tavneos is an oral complement component 5a (C5a) receptor inhibitor, a class which has been opened up by the Alexion/AstraZeneca blockbuster Soliris (eculizumab).

Beyond AAV, Tavneos could gain approval in further indications, starting with C3 glomerulopathy and hidradenitis suppurativa which would help it live up to ChemoCentryx’s claims that it is “a pipeline within a drug.”

However shortly after the deal was agreed, ChemoCentryx unveiled Q2 earnings which showed that Tavneos revenues for the period were $9.1m, well below the analyst consensus forecast of $10.5m.

It is still early days for Tavneos but analysts will be watching closely to see if Amgen can quickly get the drug’s launch trajectory back on track.

The acquisition represents the latest in a string of deals for Amgen, which is drawing closer to a major patent cliff for its big earner Enbrel (etanercept), which loses market exclusivity in the second half of the decade, with osteoporosis drugs Prolia and Xgeva (denosumab) also close to patent expiry.  (Also see "The Next Big Patent Cliff Is Coming, And Time Is Running Out To Pad The Fall" - Scrip, 4 Apr, 2022.)

The deal is the biggest in a string of recent buyouts by Amgen. Last year it snapped up cancer-focused Five Prime Therapeutics for $1.9bn, antibody therapy specialist Teneobio for $900m upfront and tissue regeneration expert Rodeo Therapeutics for $55m upfront. However, given investor pressure for more acquisitions, Amgen is likely to be in the market for more deals if the price and timing are right.

The Next Big Patent Cliff Is Coming, And Time Is Running Out To Pad The Fall