The antibody-drug conjugate market is emerging as the next battleground for intense competition in China, with global partnerships becoming essential to win, as evidenced by a major new alliance between Innovent and Sanofi. 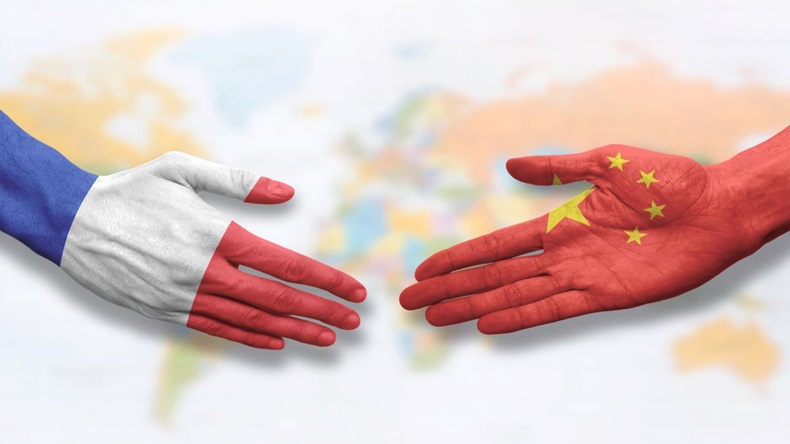 As the global competition in antibody-drug conjugates (ADCs) intensifies, one global pharma giant is looking to break into the Chinese market for these and other oncology products through a major new partnership.

Sanofi announced on 4 August a strategic alliance with Innovent Biologics, Inc. to jointly develop in the country two oncology ADC assets in combination with Innovent’s marketed anti-PD-1 antibody Tvvyt (sintilimab). One is tusamitamab ravtansine (SAR408701), comprising an antibody targeting carcinoembryonic antigen-related cell adhesion molecule 5 (CEACAM5) with a maytansinoid derivative payload, and the other is SAR444245, a recombinant, non-alpha interleukin-2 variant.

Tusamitamab ravtansine is in a global Phase III program for second-line non-small cell lung cancer (NSCLC), which includes sites in China, and in Phase II for first-line NSCLC, gastric cancers and other solid malignancies. SAR444245 is in global Phase II studies for skin and gastrointestinal cancer, NSCLC/mesothelioma, head and neck tumors and lymphoma.

Under the agreement, Innovent will develop and exclusively commercialize tusamitamab ravtansine in multiple oncology indications in China, in return paying Sanofi up to €80m ($82m) in development milestones plus sales royalties. The Chinese firm will lead the clinical development of SAR444245 in China, where Sanofi will have full commercialization responsibility, and the French company will pay up to €60m in development milestones plus royalties.

For both assets, Sanofi will be the sole holder of marketing authorizations in China. It has further agreed to invest €300m in new common shares issued by Hong Kong-listed Innovent for HKD42.42 ($5,40) each, a 20% premium to Innovent's 30-trading day average price as of 3 August, along with the right to acquire additional shares for the same total amount.

Innovent's shares were up by 7% in 5 August trading following the announcement.

Through the new tie-up with Innovent, it seems clear Sanofi is looking to leverage the Suzhou-based firm’s commercial track record and presence to gain a foothold in China’s increasingly competitive ADC/oncology market.

While Innovent was not the first Chinese drug maker to launch a PD-1 antibody, it has emerged as a leading player in a crowded immuno-oncology pack, in which it competes not only against domestic peers but also global heavyweights.

Innovent obtained a Chinese approval for sintilimab later than Junshi Biosciences/Immorna Joint Venture ’s Tuoyi (toripalimab), but significantly scored the first inclusion in national insurance coverage. It had to slash prices to ensure the PD-1 went into the National Reimbursement Drug List (NRDL)in the late 2020 negotiation round, in which Junshi decided not to participate.

The move paid off for Innovent, which subsequently announced sales of sintilimab had soared to CNY100m ($15m) in the first year.

Others in the immuno-oncology area soon followed, with BeiGene, Ltd. also cutting prices to get its contender tislelizumab into the NRDL. Meanwhile, Innovent in December 2021 expanded the coverage to include more indications after further slashing the price of sintilimab.

Like many Chinese biotechs, Innovent has moved quickly to widen its R&D pipeline and product line-up and to build commercial capacity. The company expanded its field force 10-fold from 200 in 2018 to more than 2,000 in 2021, and now has nearly 3,000 reps covering 4,700 hospitals in China.

Sanofi therefore appears to be betting on its new partner’s commercial muscle and strong on-the-ground sales network to market its assets in China, noted local commentator Hailiang in a vlog post.

One question is whether the latest partnership with Sanofi will impact Innovent’s long-running tie-up with Eli Lilly and Company for sintilimab and other oncology medicines, which was further expanded earlier this year. (Also see "Deal Watch: Lilly, Innovent Build On Long Alliance To Partner On Three Cancer Drugs" - Scrip, 28 Mar, 2022.)

Innovent CEO Michael Yu told Scrip that the new Sanofi partnership has “three ways.” In a 5 August investor call, Yu said the alliance is not a typical licensing-in deal but a more of a long-term tie-up that will also accelerate development and access to the two assets in China.

The two companies are not actually total strangers. The president of Innovent, Yong-Jun Liu, is a renowned immunologist and former global head of research and senior vice-president of R&D at Sanofi, a position he held for four years before taking over leadership of the Chinese company in October 2020.

In an interview with local media, Liu said that quickly gaining international recognition for domestically-developed drugs and building R&D capability on a par with international standards will be key for Chinese biotechs looking to go global.

In an August 2020 call to introduce the Innovent Academy, Yu said the partnership with Lilly for sintilimab is structured such that Lilly oversees the PD-1’s global development outside China, while Innovent is “free and clean to explore” otherwise and has the “flexibility to do combo studies” - something that the Sanofi alliance appears to be taking advantage of.

Meanwhile, Lilly and Innovent's sintilimab alliance saw a major setback this March when sintilimab received a complete response letter in the US for first-line NSCLC.  (Also see "Lilly To Decide Next Steps After Formal FDA 'Nay' For First Chinese PD-1" - Scrip, 25 Mar, 2022.)

ADCs are rapidly emerging as the next big oncology battleground in China, where an early commercial lead is essential to win the market and investors are increasingly betting on the sector.

It is already becoming increasingly crowded, with multiple firms elbowing each other to get to the market. Two recent deals have also shown that some have reached the stage of licensing out their assets to overseas partners, with 47 ADCs currently in development by Chinese companies. (Also see "Amid Expected Enhertu Entry, Chinese Domestic ADC Developers Race To Market" - Scrip, 2 Aug, 2022.)

Emphasizing “innovation and globalization,” Yu said Innovent will be looking to use its scaled platform for more potential deals following on from the major tie-up with Sanofi.

Will 2022 Be US FDA’s Year Of ‘No’? Approval Rate For Novel Agents Plunged In First Half

GSK Exceeded Expectations In 2022, Now Looking For Edge Over Pfizer In RSV Battle