The Swiss drug maker is preparing for a smooth transition in 2023, appointing 20-year Roche veteran and diagnostic chief Thomas Schinecker as its next chief executive as Severin Schwan becomes chairman. Source: Shutterstock Roche is transitioning leadership to a new CEO

Roche Holding AG is planning for a smooth leadership transition in March 2023 when Diagnostic CEO Thomas Schinecker will succeed longtime CEO Severin Schwan, who will step into the role of chairman as current chairman Christoph Franz steps down. The appointment of a leader from Europe and coming out of the diagnostics business is in line with the Swiss company's track record.

The appointment, announced during the firm’s midyear sales and earnings call on 21 July, will put another longtime Roche executive at the helm. Schinecker built his career at Roche over nearly 20 years, having first joined the company in 2003 and working his way up the ranks of the diagnostics division until he was appointed to head the unit in 2019.

The leadership transition comes at an opportune time for Roche, which is preparing to move into a phase of growth after a challenging period marked by the loss of exclusivity of some of the company’s biggest selling brands – Rituxan (rituximab), Herceptin (trastazumab) and Avastin (bevacizumab). 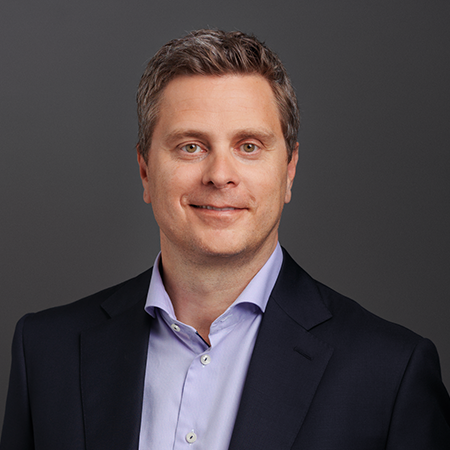 Those losses still accounted for CHF 1bn in lost revenue in the first half of 2022 compared to 2021, but are fading into the backdrop for Roche, which is now focused on building a new generation of blockbuster drugs, products like Vabysmo (faricimab) in ophthalmology, Evrysdi (risdiplan) for spinal muscular atrophy and new cancer drugs like Phesgo (pertuzumab/trastuzumab/hyaluronidase) and Polivy (polatuzumab vedotin).

Schinecker will also be tasked with overseeing the late-stage development and potential commercial launch of two high-profile drugs that are considered high risk but could represent big scientific breakthroughs if clinical trials are successful, the beta amyloid antibody gantenerumab and a next-generation immuno-oncology drug, the TIGIT inhibitor tiragolumab.

A Phase III trial testing tiragolumab in combination with Roche's PD-L1 inhibitor Tecentriq (atezolizumab) missed a progression-free survival endpoint compared to Tecentriq alone earlier this year, but the company has remained optimistic that it could still meet the co-primary endpoint of overall survival. (Also see "Roche Stays Upbeat Amid Skepticism On Tiragolumab’s Chances" - Scrip, 9 Jun, 2022.) Phase III data on the Alzheimer’s therapeutic gantenerumab is expected later this year, but demonstrating efficacy in the class of drugs has proven challenging and as Biogen, Inc. has shown with a similar drug, Aduhelm (adalimumab), regulatory approval doesn't guarantee commercial success.

A Leader Who Navigated COVID-19

Schinecker had the singular experience of leading the business through the global health crisis caused by COVID-19, navigating challenges caused by lock downs and the impact on routine testing and business opportunities, including establishing Roche as a leader in diagnostic testing for SARS-CoV-2. COVID-19 testing grew into a lucrative business for Roche, generating CHF 4.7bn ($4.84bn) in 2021 and helping the company bridge the revenue hit from biosimilars. That success is expected to become a business headwind, however, in 2023 as the COVID-19 testing market slows down.

For his part, Schwan led Roche through a prominent time for the company over 14 years as CEO. He established the drug maker as one of the preeminent cancer companies, emphasizing breakthrough medicines and the intersection of diagnostic testing and drug development. His legacy includes closing the $47bn acquisition of Genentech in 2009, a pivotal merger that reshaped the company and gave the Swiss drug maker full ownership over a thriving R&D operation in the US. (Also see "Roche Wins Genentech After Months-Long Battle" - Pink Sheet, 30 Mar, 2009.)

The business grew during his CEO tenure from revenues of CHF 45.62bn ($47.01bn) in 2008 to CHF 62.08bn ($63.98bn) in 2021, as he oversaw periods of strong growth and also more challenging business conditions. Beyond big successes in cancer, his leadership tenure delivered pharmaceutical winners in other therapeutic areas as well, including the blockbuster drugs Ocrevus (ocrelizumab) for multiple sclerosis and Hemlibra (emicizumab) for hemophilia.

Roche Is ‘Aiming For The Sky’ With Vabysmo Commercial Launch