Korea, India, China Could End Up With Unsold Inventory

In light of the Russia-Ukraine conflict, Scrip looks at data to gauge if manufacturing partners for COVID-19 vaccine Sputnik V or Light, in India, China and Korea could be left holding unsold inventory earmarked for exports 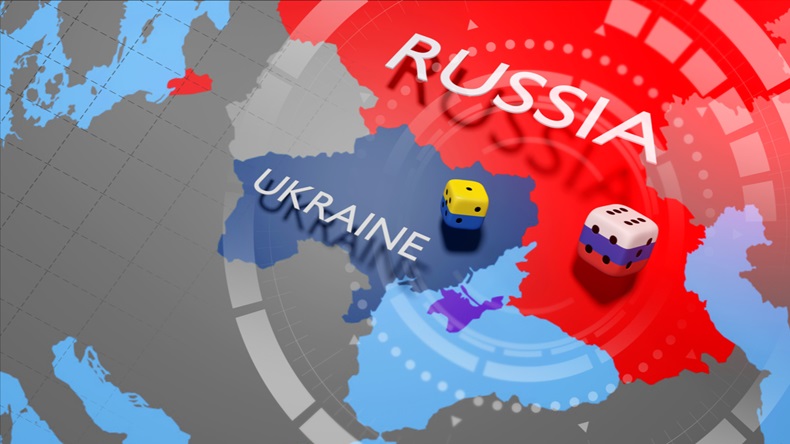 Source: Shutterstock Russia's Invasion Of Ukraine Is Having A Ripple Effect

Russia’s attack on Ukraine has become a cause of concern for pharmaceutical companies across the world as parts of the well-oiled machinery that drives drug production, from clinical trials to logistics, finds a spanner stuck in the works.

In a bid to earn hard cash, gain goodwill and advance its scientific credentials via global supply of COVID-19 vaccine Sputnik V, the Russian Direct Investment Fund (RDIF) had partnered multiple companies in India, China, Korea and others to market the vaccine locally or manufacture it for exports.

It was a win-win for the partners too as they got access to a revenue stream without the accompanying R&D expense.

However, in February the US Department of the Treasury, the Council of the EU and the UK government announced coordinated action in February to prevent citizens from conducting any transactions with the Russian Central Bank or RDIF, leading to questions around how this would impact countries and companies that had partnered RDIF.

Now the number of vaccinated individuals in several countries, particularly in those that Russia tied up with to make its COVID-19 vaccine, has gone up dramatically. Russia could have imported the doses for its own use, but the sanctions mean partner countries will not only be reluctant to export to a nation that is seen as an evil perpetrator of war but will also have no certainty on whether they will be able to receive payments against orders.

Scrip takes a look at data and some company statements that have emerged since to gauge if the specter of unsold inventory might haunt those who opted for the RDIF alliance.

Data on Statista indicate that Russia had orders to supply 663.3 million doses of Sputnik V as of January. While media reports said over 50 countries had asked for the vaccine, Statista had 35 on the list of those which were to import or manufacture it.

Among those which were to make Sputnik V or Sputnik Light, which had one component of the vaccine instead of two, Korea had the highest share of 1.85 billion doses each year, followed by India with 1.15 billion and China with 260 million per year.

Russia had also enlisted help from manufacturers in countries like Argentina and Kazakhstan. It’s not clear how many doses have been supplied by global partners so far.

Despite safety concerns raised by immunologists and virologists as the vaccine was reported to have been given approval before Phase III was complete, Sputnik V managed to secure approval in over 70 countries according to RDIF.

Manufacturing hurdles followed as partners found that the second component of the two-part viral vector vaccine, was a difficult beast to tame. However, Sputnik Light, which contained only the easier to manufacture first component (recombinant human adenovirus serotype number 26) of the original vaccine, formulated a solution.

Strides Pharma’s subsidiary Stelis Biopharma, which was to supply up to 200 million doses of Sputnik Light to RDIF for exports seems to have realized the Russian partner might not pick up the vaccine doses as promised.

Strides’ CEO tells Scrip Merck’s molnupiravir and Pfizer’s Paxlovid are not seen impacting COVID-19 vaccine uptake as boosters and immunization for travel will drive continued demand. The Indian company expects to book Sputnik Light sales from Q4. Meanwhile, US revenue guidance of $225-250m has been pushed back by a year to FY23.

In November 2021, the company received its first order of 50 million doses of Sputnik light and has so far produced nearly 23 million doses in different batches.

Strides recently told the Bombay Stock Exchange “considering the geopolitical challenges regarding exports to Russia, while the management is discussing with our partners [RDIF] to initiate exports to Russia, we have also reached out to the Prime Minister’s Office (PMO) for their intervention and to evaluate opportunities to sell our inventory in India.”

The company is “confident of finding resolutions to selling the vaccine” and that over 90% of the inventory produced by Stelis has a remaining shelf life of one year.

While Strides aims to now sell Sputnik Light doses to the Indian government for use locally, COVID-19 vaccination data from India don’t paint an encouraging picture as a large part of the local population has already been administered doses of other COVID-19 vaccines.

India does not permit administration of a precaution (booster) dose different from the one used for primary vaccination yet, which limits the scope for use in those who have not been administered Sputnik V earlier.  (Also see "Ex-Hilleman CEO On COVID-19 Vaccine Heterologous Boosting, Endemic Disease" - Scrip, 28 Sep, 2021.)

The National Technical Advisory Group on Immunisation (NTAGI) has given its approval to Sputnik Light to be administered as a booster dose to all those vaccinated with Sputnik V.

While Sputnik V and Serum Institute/Novavax, Inc.’s Covovax have also been shown as the types of vaccines administered, their numbers are not mentioned. If we consider total doses of COVID-19 vaccines administered so far, that leaves only around 5.4 million doses of both these vaccines that have been injected into arms in India so far, which isn’t very encouraging.

Dr Reddy's itself had a pact with RDIF to import and sell 250 million vials of Sputnik V in India though how many have been imported so far isn’t immediately clear. When contacted by Scrip about future plans for the vaccine, company officials were unable to comment as they intend speaking on this issue during the Q4 results due on 19 May.  (Also see "Acquisitions, Mix-Match Sputnik Light Booster On Dr Reddy’s Menu" - Scrip, 31 Jan, 2022.)

That’s likely the case for companies in China and Korea too, which would have built inventory or capacities to cater to prospective demand for Sputnik.

According to media reports, in China Shenzhen Yuanxing Gene-tech Co was to produce over 60 million doses of Sputnik V while TopRidge Pharma, a subsidiary of Tibet Rhodiola Pharmaceutical Holding Co. as well as Hualan Biological Bacterin Inc were to each manufacture more than 100 million doses.

While the possibility of using Sputnik V/Light as a booster dose will vary depending on individual country policies on mixing and matching different kinds of COVID-19 vaccines, the fact that multiple countries, including Korea and China, have a very high proportion of fully vaccinated individuals dims such prospects.

Besides, the World Health Organization (WHO) has still not granted an emergency use listing to Sputnik V, which had been put on hold citing pending legal procedures and missing data. This implies that supplying to COVAX or other countries that accept WHO-approved vaccines is also a no go.

Given that billions of doses of the vaccine were to be manufactured, the situation could be grim if RDIF partners across the world are left holding millions of doses in unsold inventory. Unlike Pfizer Inc. and Moderna, Inc., which reaped windfall gains off COVID-19 vaccines, they could rue the day they stepped out to help the world and themselves via a Russian vaccine.