Can Novartis Break Back Into The US Top Five? It Is Going To Need Bigger Blockbusters

Novartis has led the sector in number of launches, but has failed to find a mega-blockbuster to lift its standing in the US – its CEO hopes new leaders can help turn that around. 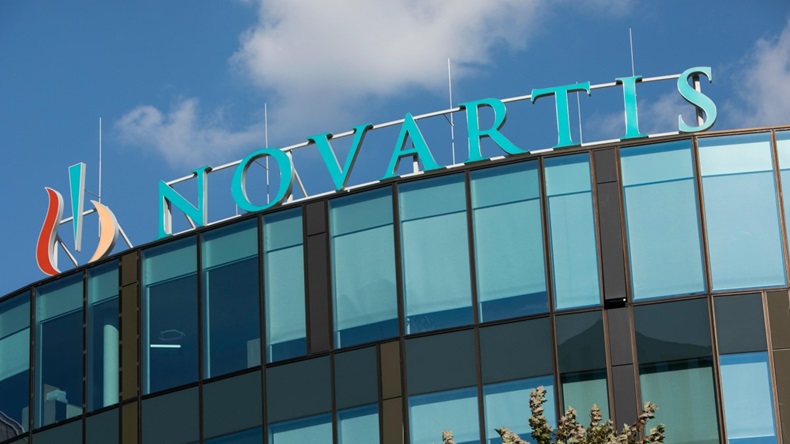 Source: Alamy Novartis is the leader in number of new approvals in recent years - but does not have a big-earning blockbuster like Trulicity or Keytruda to power its US sales.

The major reorganization unveiled by Novartis CEO Vas Narasimhan on 4 April, which merges its standalone oncology unit with its pharma division and puts new emphasis on US commercial success, represents an admission that the company has been underperforming compared with its peers.  (Also see "Novartis Restructure Sees Drug Development And Oncology Chiefs Exit" - Scrip, 4 Apr, 2022.)

Narasimhan said the changes were the logical next step in the progression from Novartis’s former conglomerate strategy towards a pure-play pharma company, but the reshuffle also aims to fix two fundamental problems: its disappointing performance in the all-important US market, and its shortage of 'mega-blockbusters' that can hit peak annual revenues of $5bn or more.

The Swiss giant is currently the fifth biggest pharma company in global sales, reaching $51.6bn (up by 6% at constant currencies) in 2021, which was largely thanks to its number one status in Europe. However, Novartis ranks only tenth by its own reckoning (and eleventh the previous year according to Scrip data, below) in terms of US revenues, far behind leaders AbbVie and Pfizer.

Narasimhan has now declared that the company will aim to return to the US top five, along with sustaining a top three ranking in the other major markets of Europe, China and Japan, though demurred on specifying how soon this can be achieved.

But to return to the US top five position – which it last enjoyed around 20 years ago – Novartis needs to find those mega blockbusters which have eluded the company for many years.

“Novartis has consistently been one of the leaders in the number of NMEs approved, but not a leader in the value per NME approved,” conceded Narasimhan, speaking to analysts on 4 April.

That is backed up by data, which shows the company gained 12 US FDA approvals over the 2017 to 2021 period, well ahead of its big pharma peers, and they included ground-breaking launches such as the CAR-T Kymriah (tisagenlecleucel) and gene therapy Zolgensma (onasemnogene abeparvovec).

However, some of its closest rivals have generated greater sales from fewer launches – such as Roche with its immunotherapy blockbuster Tecentriq (atezolizumab). It was launched in 2016 and reached revenues of $3.51bn last year compared to Kymriah, launched in 2018, which achieved sales last year of just $587m.

“It's our goal now to … build this function to get higher value assets out of the pipeline focused in our key therapeutic areas, and then to drive consistent above peer median growth,” added Narasimhan.

Key to that future commercial success will be Victor Bulto, the company’s US head of pharmaceuticals, who now becomes the leader of the new unified US operations across all therapy areas.

The hope is that ending the division between oncology and other pharma medicines will help Novartis cut costs and better allocate marketing and sales budget to maximize return on investment, and the move brings it into line with many peers.

Bulto was formerly head of Novartis’s immunology and dermatology franchise and is credited with leading the success of psoriasis therapy Cosentyx (secukinumab). The challenge now will be to repeat that success across the board. 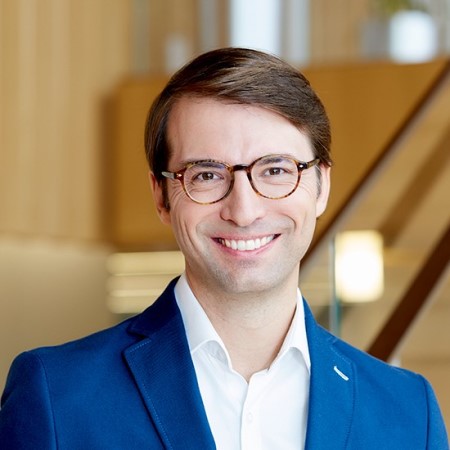 Cosentyx is currently Novartis’s biggest brand and earned $2.8bn in the US and $4.7bn worldwide in 2021. While analysts at Jefferies think Cosentyx can keep growing to a peak of $8.85bn, this would still leaves it far behind rival firms’ flagship mega-blockbusters such as Lilly’s Trulicity (dulaglutide) or Merck & Co’s Keytruda (pembrolizumab) in revenues from 'flagship’ blockbusters.

But the problem is that very few of Novartis’s other products are expected to come close to that tally, with the exception of cardiovascular product Entresto (sacubitril/valsartan), which Jefferies expect to peak at $6bn in worldwide sales.

Novartis’s biggest hope among its newer products is another cardiovascular therapy, Leqvio (inclisiran), its first-in-class RNAi-based medicine for hypercholesterolemia, which is ramping up its launch after a December US approval.  (Also see "Novartis Leqvio Launch Lags As COVID-19 Hinders England Access Scheme" - Scrip, 2 Feb, 2022.)

However, Jefferies currently forecasts Leqvio to achieve $4.25bn in peak sales – a respectable haul in a hard-to-innovate cardiovascular market, but not the runaway success Novartis needs it to be.

The reorganization also includes the departure of Novartis’s head of drug development and chief medical officer John Tsai after four years in the position, to be replaced by Shreeram Aradhye, who was formerly global head of medical affairs between 2017 and 2019, and oversaw the development of drugs such as the multiple sclerosis therapies Gilenya (fingolimod) and Mayzent (siponimod).

One of the big issues that Aradhye, alongside drug discovery leader Jay Bradner, will be asked to address is that Novartis has pursued a broader range of therapy areas than many of its peers in recent years.

At its most recent R&D days, the company pledged a narrower focus on a handful of key areas: cardiology, immunology, neuroscience, select solid tumors and select hematology indications.

That list excludes ophthalmology and respiratory medicine which have been long-standing elements in its portfolio, but the CEO said Novartis would take an “opportunistic view” on these therapy areas and hinted at some major decisions ahead.

The company currently has 20 major pipeline assets which it expects to achieve $1bn plus revenue potential and could be approved by 2026, and claims that around 85% of these have first-in-class potential.

Novartis is trying to pull off the tricky balancing act of bringing these many assets to market, while also aiming to raise its Innovative Medicines operating margins to the high 30s / low 40s percentage range – something that may only be possible with more highly profitable mega-blockbusters.

In one interesting exchange in the investor call, respected Citi analyst Andrew Baum challenged Narasimhan on the strategy, suggesting that Novartis could still suffer from what he termed “pioneer risk” – a reference to Novartis breaking new ground in highly innovative modalities that have not yet seen huge returns to justify their considerable investment. These would include Zolgensma, Kymriah and the radiopharmaceuticals Lutathera (177-Lu-DOTA-octreotate) and newly approved Pluvicto (lutetium Lu 177 vipivotide tetraxetan).

Responding to Baum’s suggestion that the company should seek out lower risk opportunities, Narasimhan said the company continued to believe that cutting edge areas would be major drivers in the future of medicine. “You've seen nearly all of our peers also move into these new areas, so I think it's valuable that Novartis has a leading position in gene therapy and radioligand therapy cell therapy, and we’ll be the largest producer of siRNAs [Small interfering RNAs drugs] in the world.”

However, he argued that the company was willing to make tough decisions not to fund exciting new technologies and invest instead on promising existing mid- and late-stage assets. He referenced two in particular – ianalumab (VAY736) in Phase II for primary Sjögren's syndrome and iptacopan the Phase III-ready candidate for rare kidney disease IgA nephropathy (IgAN).

Last week, the Swiss major gave a glimpse into the next wave of innovation coming out of its labs in key areas such as osteoarthritis, pancreatic cancer and food allergy. Scrip has been taking a detailed look at the highlights.

“We need to get much better at maximizing the lifecycle management of our key assets…and if the trade-off exists to maximize one of the major assets in the portfolio, whether that's VAY736, whether that's iptacopan, we want to pursue that even if we have to pull back on the new technology areas, and that's a trade-off we're prepared to make.”

Probably the most vital part of Novartis’s new strategy is the new Strategy & Growth function, which will combine corporate strategy, R&D portfolio strategy and business development. Its leader, yet to be appointed, will oversee the company’s growth strategy, and look across internal and external pipelines to pick out the best transformational assets to make significant contributions to Novartis’s growth.

Lutz Hegemann, president of Novartis’s Global Health division, has been named as the interim chief Strategy & Growth Officer, but Narasimhan indicated that an external search for the right person for the job was continuing.

The move will see Novartis’s R&D portfolio management strategy and business development merged, ending the current arrangement whereby separate business development and licensing units have focused on their own specific therapeutic areas. Combined with an ‘independent view’ and rigorous evaluation of assets against the competition, this would see the weakest candidates discontinued and the most promising more heavily resourced.

Faced with analyst skepticism about it reaching the US top five target by 2026, Narasimhan concluded with a candid assessment of its recent performance: “It will be a combination of delivery on the pipeline and really ensuring we have very strong launches as we've had with Cosentyx, Entresto, Zolgensma… and fewer launches that are like Mayzent. And if needed licensing of attractive assets to get to that goal over time.”

He added: “I think [with] the changes in motion, you should see the change in the coming years [but] things like this do not happen overnight.”

Given its abundant cash reserves, Novartis has the spending power to accelerate this process with in-licensing or M&A, but finding the right assets at the right price remains tricky.  The company missed the chance to be a leader in PD-1/PD-L1 checkpoint inhibitors, but moved in December to ensure it does not miss out on the TIGIT immunotherapy race, signing a major deal with BeiGene for its Phase II candidate ociperlimab.  (Also see "Novartis Expands BeiGene Tie-Up To TIGIT Inhibitor In $1bn-Plus Option Deal" - Scrip, 21 Dec, 2021.)

Such mid and late-stage opportunities do not abound, however, which means its future Strategy & Growth officer will need to make the company's in-licensing team high performing if it is to spot those externally generated potential mega-blockbusters.

GSK Exceeded Expectations In 2022, Now Looking For Edge Over Pfizer In RSV Battle