David Loew has assembled a strong business development team which secured seven licensing pacts in 2021 and the Ipsen CEO tells Scrip that this year should see more of the same. 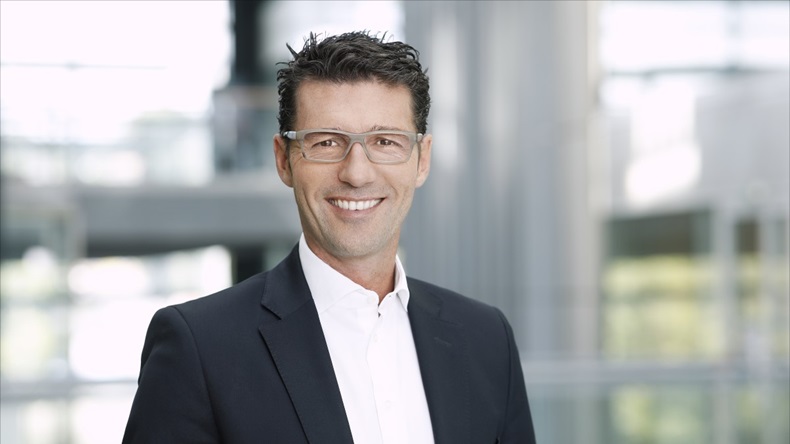 The perception of Ipsen SA as a conservative business has been turned on its head since David Loew took over as CEO in July 2020, with the French company becoming a flagbearer for mid-sized pharma business development, having signed off seven external pacts last year.

Loew told Scrip that when he took the helm at Ipsen, after previously heading up the Sanofi Pasteur vaccines business, "we streamlined the pipeline and the reality was that there was not that much left in the earlier space." Eyebrows had previously been raised by the firm splashing out $1.04bn upfront in February 2019 to acquire Canada's Clementia Pharmaceuticals, Inc. to get hold of palovarotene for fibrodysplasia ossificans progressive (FOP), which has been on "a rocky road," he acknowledged. (Also see "Ipsen Positive On Palovarotene Despite Troubled Past" - Scrip, 11 Dec, 2020.)

"The board was a bit disgruntled about how open they went into dealmaking in the past ... the company had tried to hunt in the woods of big multinationals," Loew said. He decided this was the wrong approach as "we have to go and hunt in a space where it's very well defined for mid-size companies and we want to go for molecules which are going to sell between $300m-800m peak. With a bit of luck, you can exceed that with lifecycle management but that's a good size where the big ones are not going to hunt."

Before Sanofi, Loew was at Roche Holding AG where he held a number of senior posts including global product strategy head. There, "we actually told the team not to go and hunt below $800m because it's not a sustainable model for the likes of Roche to replace an Avastin, a $6bn drug, with ten drugs that make $600m each. It just doesn't work."

At Ipsen, Loew has doubled the size of the business development team, bringing in "the right people," adding that "we also had to show the board that we were hunting across the whole pipeline. They were a bit desperate that the teams in the past pursued, almost exclusively, late-stage deals, which means that you're always running behind because you don't have an internal pipeline coming and you're always under pressure."

Ipsen To Exit Consumer Health And Focus On Specialty Pharma

The French group is sharpening its focus on specialty care in oncology, rare disease and neuroscience, so is looking to divest its consumer health division to Mayoly Spindler.

The most high-profile transaction came just before Christmas, with Ipsen inking a licensing deal with fellow French firm Genfit SA for elafibranor for the rare liver disease primary biliary cholangitis (PBC). Ipsen is paying €120m ($137m) upfront for the compound, which was previously discontinued as a potential treatment for NASH, as well as milestone payments up to €360m, while also buying an 8% stake in Genfit. (Also see "Ipsen Gives Genfit Liver Drug New Lease Of Life" - Scrip, 17 Dec, 2021.)

The Genfit deal surprised observers but "I think the market misread what was happening there," Loew said. He cited the case of Intercept Pharmaceuticals, Inc.'s Ocaliva (obeticholic acid), another drug that has failed to make the grade in NASH but "they made it in PBC and when we looked at the PBC data on elafibranor, it looked very promising and Genfit has a headstart versus CymaBay Therapeutics, Inc.'s seladelpar. We think it is actually a very good business opportunity for us." (Also see "CymaBay Builds Seladelpar Case In PBC, But Door Not Closed On NASH" - Scrip, 30 Jun, 2021.)

He added that the Genfit pact was a good example of how Ipsen wants to structure deals, with less paid upfront "and the rest milestone and royalty-based which means we're only going to pay upon success, unlike the Clementia deal. Loew highlighted the deal for mesdopetam "where for $28m we got a drug, which, if it progresses positively is going to go into Phase III early next year, so that's very good structuring and we want to continue doing that."

The funds to finance deals are there. By the end of last year, Ipsen had amassed above €2bn for licensing prospects and now expects to have “cumulative remaining firepower of €3.5bn by 2024, boosted by the agreed divestment of its consumer healthcare business to fellow French group Mayoly-Spindler SAS for around €350m.

Indeed, Loew stressed that rather than slow down on the dealmaking front after a busy 2021, "I want to accelerate it even further. Now we have more firepower [and] I also want to do more late-stage deals now because we need them, especially in the US."

The need is pressing now that Somatuline (lanreotide) for acromegaly and neuroendocrine tumors, comfortably Ipsen's biggest earner, is finally facing generic competition in the US. Some analysts have said this could potentially result in a 20% decline in Somatuline sales there in 2022.

Loew noted that the Somatuline field force was a sizeable one "and they know how to sell, they have shown that by beating Novartis AG," and its rival somatostatin analog Sandostatin (octreotide). If all goes well in the clinic, the reps may also get to market Onivyde (irinotecan) for second-line use in small cell lung cancer and first-line therapy for pancreatic cancer but "we want to give them additional things to plug into," hence a focus on oncology and hematology for future deals.

Loew acknowledged that the return to more rational valuations for biotechs should help get those deals secured "and the biotech environment is getting pretty positive for us." However, he stressed that money alone was not enough and Ipsen could offer prospective partners the opportunity to work with a company that has a global footprint.

"A third of sales come from the US, a third from Europe and a third from the rest of the world, including China. We have just opened an affiliate in Japan and have become a truly global player and biotechs see that. We can also give them access to a very seasoned team, people who really know how to do this business."

Analysts have been a bit slower to see the progress Ipsen has made under Loew, who thinks that some have been pessimistic in their models as they cannot predict the rate at which the loss of patent protection will erode revenues from Somatuline. However, he noted that in Europe, "the generics are not penetrating and taking us off the cliff, it's a gradual erosion and it's actually still growing."

He quipped that "investors are actually more bullish than the analysts," noting that Ipsen's stock price was below €80 in December but has recently hit €106 per share.

CymaBay Builds Seladelpar Case In PBC, But Door Not Closed On NASH

Ipsen Positive On Palovarotene Despite Troubled Past