Priya Singhal took over as Biogen's top R&D leader on an interim basis after Al Sandrock’s unexpected retirement. "I understand that this is a challenging time," she told Scrip. 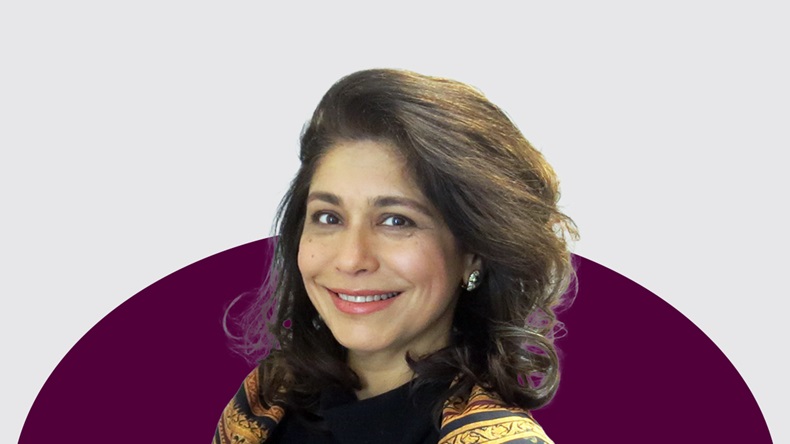 Biogen, Inc. interim head of R&D Priya Singhal will focus on steering the company's broad pipeline while navigating the post-marketing plans for the controversial Alzheimer's therapy, Aduhelm (aducanumab), amid a firestorm of public scrutiny. She took the leadership role on an interim basis in November, after the unexpected departure of longtime R&D leader Al Sandrock and the botched launch of Aduhelm.

Singhal talked to Scrip about the draft decision by the Centers for Medicare & Medicaid Services (CMS) to restrict coverage of Aduhelm to the clinical trial setting, the morale at Biogen following recent public backlash, and navigating a broad range of pipeline demands even as the slower-than-expected launch of Aduhelm could curb R&D investment and result in spending cuts.

"I'm very humbled at being chosen but I understand that this is a challenging time, and I'm going to do my best at doing my best," she said of stepping into the leadership position on short notice.

"We really try to tackle the most difficult problems, so facing challenges is something we are used to as a company and as an R&D organization," Singhal said.

In addition to her role as interim head of R&D, Singhal is also senior VP and head of global safety and regulatory sciences and oversees R&D in China and Japan. She originally joined Biogen in 2012, though she stepped away to work for a smaller biotech for some time before returning to Biogen in 2020.

Sandrock was a mentor, she said, who put together a strong R&D leadership team that extends well beyond any single person.

"We carry on, and we carry on in good stead," she said of moving the organization forward following his departure. Sandrock's retirement, coming so soon after the launch of Aduhelm, after he shepherded the drug through development and regulatory approval, surprised many investors and raised questions about the morale within Biogen's R&D ranks.  (Also see "The Architect Of Biogen's Controversial Alzheimer's Strategy, Al Sandrock, To Retire" - Scrip, 16 Nov, 2021.)

But Singhal brushed off any controversy surrounding his decision to retire.

"It may come as a surprise to some on the outside, but certainly it wasn't a surprise," she maintained. "He was at Biogen for more than 24 years, and this was a matter of time."

The company is still searching for a permanent successor, and the process is ongoing, involving both internal and external candidates, though Singhal declined to say whether she herself is one of them.

Some of the negative publicity around the launch of Aduhelm has been disappointing, she said, because she views much of it as a misrepresentation of the facts around the company's aim for bringing the drug to market.

The R&D organization is trying to stay focused on the pipeline and getting the confirmatory trial for Aduhelm off the ground. It's scheduled to begin enrolling patients in May, with data expected in 2026, a timeline that is significantly faster than the one established by the US Food and Drug Administration.  (Also see "Biogen Expects Confirmatory Aduhelm Data In 2026, But Is It Too Late?" - Scrip, 16 Dec, 2021.)

"We really try to tackle the most difficult problems, so facing challenges is something we are used to as a company and as an R&D organization," Singhal said. "We have succeeded with many situations and we have also had trial failures. In that sense our organization is very resilient, and we are very excited about so many other read outs we will have in 2022."

In the near-term, most investors and the company's management are focused on the next steps for securing reimbursement for Aduhelm. The draft national coverage determination (NCD) from CMS was a big blow to Biogen and its launch of the first amyloid-directed antibody for Alzheimer's disease. CMS’s draft decision, released on 11 January, restricts reimbursement of Aduhelm and other amyloid-beta antibodies to patients in clinical trials endorsed by CMS or sponsored by the National Institutes of Health (NIH). (Also see "Medicare Draft NCD For Alzheimer's Drugs: When 'Reasonable And Necessary' And 'Safe And Effective' No Longer Align" - Pink Sheet, 11 Jan, 2022.)

CMS will accept public comments on the draft decision for 30 days and is scheduled to release a final NCD by 11 April. The unusual move by CMS to restrict access to an FDA approved drug has raised questions about whether or not the agency is over-stepping its authority and what it could mean for other drugs in the class that are in late-stage clinical development, should they reach the market. (Also see "Medicare Aduhelm Coverage Policy Overrules FDA: Can Two Wrongs Make A Right?" - Pink Sheet, 12 Jan, 2022.)

Singhal said Biogen is continuing to hold internal discussions and working with external advisors and patient groups to put forth alternative options for CMS to consider before issuing a final decision.

"We continue to think about better ways to meet goals for collecting safety and efficacy data," she said. That means focusing on alternative options that do not duplicate the randomized controlled clinical trials that are already underway in the class.

A key theme emerging among patients, caregivers and advocacy organizations is a sense that Alzheimer's patients are being treated differently than those with cancer, who have gained access to multiple oncology drugs approved under an accelerated pathway based on a surrogate marker, she added.

"In different fields, it is used when there isn't complete certainty that all the data are known," she said, noting that in the case of Aduhelm, FDA relied on a similar calculation. Aduhelm was granted an accelerated approval by the US FDA in June based on a surrogate marker of efficacy – amyloid clearance in the brain – rather than a clinical endpoint of benefit.  (Also see "With Aduhelm Out Of The Gate, Biogen Focuses On Clearing Commercial Bottlenecks" - Scrip, 8 Jun, 2021.)

"They felt the right balance was to adopt the accelerated pathway and require the sponsor to do the confirmatory trial," she said. "I applaud that decision, and I understand fully the rationale, so I don't understand why now this would be different as it progresses along the continuum."

Even before the CMS decision was released, Aduhelm was already struggling commercially, failing to gain significant traction with physicians who remain cautious about the clinical efficacy and the safety profile, as well as the reimbursement environment.

The drug has been expected to be a big blockbuster given the size of the market and the unmet need in Alzheimer's, but the uncertain clinical profile of the drug has been a commercial challenge, which was further exacerbated when Biogen set a steep price for the drug. Biogen cut the original $56,000 price in half in December to roughly $28,200 per year in an effort to correct the misstep, but public backlash can be hard to remedy.  (Also see "Biogen Halves Aduhelm Price, Readies $500m In Cost Cuts" - Scrip, 20 Dec, 2021.)

Now Biogen finds itself in a challenging financial position, pouring investment into the launch of Aduhelm without a commercial return. The company has already signaled that it plans to cut costs to deliver $500m in annualized savings, with those cuts expected to be announced in the first quarter of the year.

Singhal said she anticipates the financial constraints could include cuts to the R&D budget, particularly if the draft CMS coverage decision stands.

"We will always be fiscally responsible. We are accountable to patients and also to shareholders, so I know we will take the best actions, but this will be very thoughtfully done," she said. "I know that data will continue to drive the decisions here at Biogen."

In addition to Aduhelm, Biogen and Eisai Co., Ltd. have another anti-amyloid beta antibody, lecanemab, in Phase III development. Eisai filed a rolling biologics license application for lecanemab with the FDA in September under the accelerated approval pathway, based on Phase IIb clinical trial data. (Also see "Eisai Bets On Accelerated Approval For Biogen-Partnered Lecanemab" - Scrip, 28 Sep, 2021.) Phase III data from the Clarity trial is expected to read out in the second half of 2022.

Among the other programs Singhal is overseeing are more than 30 early- to late-stage clinical programs. Phase III data on zuranolone in major depressive disorder and postpartum depression are expected under Biogen's partnership with Sage, as are updates on programs in lupus, stroke and ALS.  (Also see "Looking Past Aduhelm, Biogen Puts Pipeline On Display" - Scrip, 22 Sep, 2021.)

Medicare Draft NCD For Alzheimer's Drugs: When 'Reasonable And Necessary' And 'Safe And Effective' No Longer Align

Biogen Expects Confirmatory Aduhelm Data In 2026, But Is It Too Late?

With Aduhelm Out Of The Gate, Biogen Focuses On Clearing Commercial Bottlenecks