Scrip spoke with global development head and chief medical officer John Tsai about the factors Novartis considers when it decides which R&D programs to advance, including externally sourced assets. 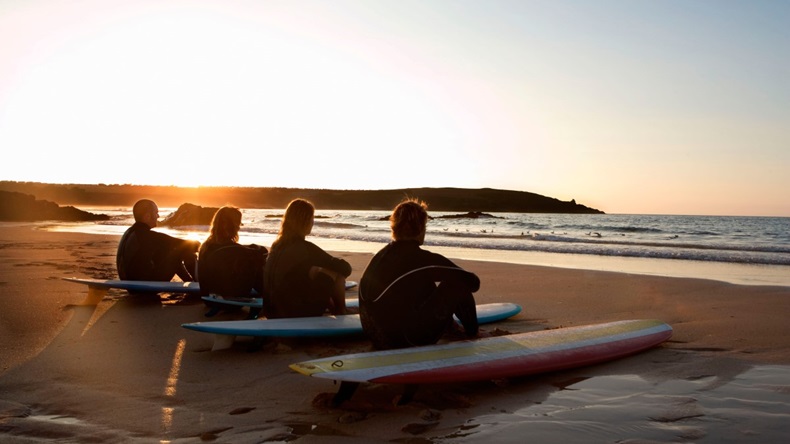 Novartis AG expects a big wave of generic competition to wipe out about $9bn in revenue by 2026, but it also believes that a combination of current growth products and future launches will more than make up for the sales decline. The company’s faith that it will maintain a compound annual growth rate of 4% through 2026 relies in part on its confidence in its pipeline, overseen by global development head and chief medical officer John Tsai.

CEO Vas Narasimhan committed to delivering compound annual growth of 4% from 2020-2026, driven by newer brands plus some pipeline assets.

Scrip recently spoke with Tsai about the four philosophies that drive Novartis’s R&D choices, including decisions about which external technologies to in-license and which drug candidates to advance through additional stages of development. The pipeline under his watch includes 165 clinical-stage assets, including 70 new molecular entities, which are being studied in 500 ongoing trials across five therapeutic areas: cardiology/metabolism/renal, oncology, immunology, neurology and hematology.

“One of the philosophies that we adhere to [is] we don't shy away from diseases with the highest evidentiary hurdles,” Tsai said, “and cardiovascular disease [is] one of those.”

The second philosophy is that when Novartis has a drug candidate that it believes will advance the science in a disease and shows early signals of efficacy, “we go fast and strong” into later-stage trials and additional indications, he noted.

“Third is when we have differentiated knowledge and capabilities, we advance those [programs] very aggressively,” Tsai continued. “And fourth is the courage to go into areas that have been really intractable for us.” 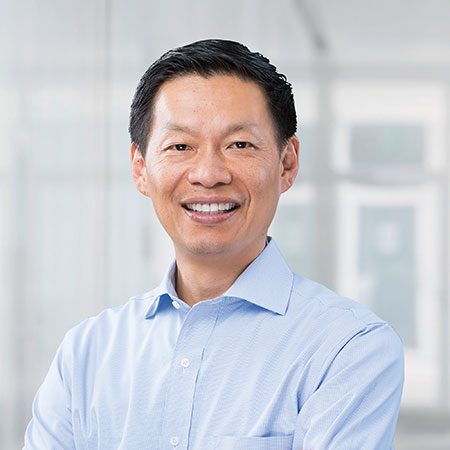 In terms of the first philosophy around indications with high evidentiary burdens, many biopharmaceutical companies have shifted their attentions away from cardiovascular diseases because of the large, expensive clinical trial programs required. Drugs for cholesterol and hypertension require testing in several thousand patients to show efficacy and must meet a high bar for safety versus highly effective and generally safe low-cost generic drugs that have become standards of care.

“We've actually not shied away from that,” Tsai said, pointing to Novartis’s investment in the newly approved cholesterol-lowering small interfering RNA (siRNA) drug Leqvio (inclisiran), a PCSK9 inhibitor. (Also see "It's Time For Novartis To Put Its Leqvio Launch Strategy To The Test" - Scrip, 22 Dec, 2021.) He cited the twice-yearly injection as an advance because it eliminates the need for patients to take a pill every day and reduces the likelihood that people will not adhere to prescribed medications for reducing LDL cholesterol.

“Patients, when they're going in to follow up with their cardiologist, can actually get their injections and continue to actually bring down their LDL without having the pill burden and having to worry about taking a pill every single day,” Tsai said.

Novartis’s cardiovascular R&D pipeline also includes pelacarsen, an antisense oligonucleotide drug targeting lipoprotein A, or Lp(a), which is in Phase III for the prevention of cardiovascular events in patients with elevated Lp(a), an otherwise non-modifiable risk factor for cardiovascular disease.

Moving At The Speed Of New Science

On the opposite end of the R&D spectrum, as an example of Novartis’s second R&D philosophy of moving fast and strong when it sees an early efficacy signal, Tsai pointed to Lu-PSMA-617, its radioligand therapy targeting prostate-specific membrane antigen. The company reported positive results in the post-taxane setting of metastatic castration-resistant prostate cancer in mid-2021 and an application for this indication is pending at the US Food and Drug Administration. Also, trials are under way in the pre-taxane patient population and in hormone-sensitive patients. (Also see "Novartis Broadens VISION On Radioligands" - Scrip, 6 Jun, 2021.)

Last week, the Swiss major gave a glimpse into the next wave of innovation coming out of its labs in key areas such as osteoarthritis, pancreatic cancer and food allergy. Scrip has been taking a detailed look at the highlights.

In gene therapy, where Novartis has two approved gene therapies – Zolgensma (onasemnogene abeparvovec) for spinal muscular atrophy and Luxturna (voretigene neparvovec) for an inherited retinal disease – the company continues to make acquisitions and enter into collaborations and licensing agreements to expand its technical capabilities and pipeline programs. Most recently, it agreed to pay $800m up front and $700m in additional milestone fees for Gyroscope Therapeutics Limited, which is developing an AAV2-based gene therapy for the eye condition geographic atrophy. (Also see "Novartis Sneaks Ahead Of Sanofi To Buy Gyroscope" - Scrip, 22 Dec, 2021.)

“And lastly, the fourth philosophy … is looking at areas that have been really intractable in terms of not having any advancements for many years,” Tsai said, such as pancreatic cancer, which has had no notable advancements in about 15 years. “So, this is where we take a step back and say what is the role that we play in advancing technologies, and maybe finding a solution for these intractable diseases?”

In pancreatic cancer, Novartis is testing its TGF-beta inhibitor NIS793 in ongoing Phase II and III clinical trials. The company also is participating in the Precision Promise Study with the Pancreatic Cancer Action Network (PANCAN) in the US with a canakinumab/PDR001 arm in combination with chemotherapy.

“The immuno-oncology area and PD-1s have had very little effect in pancreatic cancer,” Tsai explained, while “TGF-beta is known to have a really important role in metastatic pancreatic ductal cancer because of the fibrosis that occurs in this type of cancer.”

Cancers that have seen relatively little improvement in treatment efficacy are a big focus for the company’s oncology strategy, Tsai said. He also noted that Novartis, which was not one of the first big pharma developers of PD-1 inhibitors, believes effective cancer care will require multiple types of therapies, including immuno-oncology agents; targeted drugs, like NIS793 in pancreatic cancer; radioligand therapies, like Lu-PSMA-617; and cell therapies such as Kymriah (tisagenlecleucel), the first chimeric antigen receptor T-cell (CAR-T) therapy approved in the US. (Also see "Novartis Beats CAR-T Competitors To The Pricing Punch With Kymriah Approval" - Scrip, 31 Aug, 2017.) Novartis is building on its first-to-market CAR-T status with early-stage, next-generation technologies. (Also see "Novartis Debuts Rapidly Manufactured Autologous CAR-Ts" - Scrip, 13 Dec, 2021.)

“What we've learned in terms of oncology really is that it's probably a whole armamentarium that you really need,” Tsai said. “Even though immuno-oncology has been in the forefront many ways, we also see targeted therapies being a really critical role for us to move forward. … We also have a platform in radioligand therapy, which I think is going to play a really critical role just given the targeted approach and having very minimal invasive exposure to patients. And then, lastly, is in the cell therapy space.”

Novartis is particularly interested in immuno-oncology in combination with targeted therapies. “So having that as kind of a core foundation, we felt like we needed to ensure that we had a broad array of options for immuno-oncology, hence we entered into the deal with BeiGene as a starting point,” Tsai said.

Novartis signed an option and license agreement with BeiGene, Ltd. in December for the Chinese biopharma firm’s TIGIT inhibitor ociperlimab (BGB-A1217). (Also see "Novartis Expands BeiGene Tie-Up To TIGIT Inhibitor In $1bn-Plus Option Deal" - Scrip, 21 Dec, 2021.) The companies already are working together on the development of the PD-1 inhibitor tislelizumab, which is under review in the US for the treatment of esophageal cancer. (Also see "Novartis's Tislelizumab Takes First Step On US Approval Path" - Scrip, 13 Sep, 2021.)

In oncology, and across its four other therapeutic areas, Tsai noted that Novartis is agnostic about where its science comes from, whether it originates from the company’s own research labs or from external sources. “What we want to do is to drive the best innovation for advancing these five therapeutic areas,” he said.

In terms of business development, Novartis has a preference for bolt-on acquisitions or research collaborations and licensing deals.

“Obviously, if there is something that is within those five core therapeutic areas then we will look at doing potentially a larger deal, but so far what we've done is really building onto … our portfolio because we're very confident in our internal portfolio as it stands,” Tsai said.

[Editor's Note: This article was updated on 3 February 2022 to reflect Novartis's broader pancreatic cancer programs beyond its PANCAN partnership.]

Novartis Sneaks Ahead Of Sanofi To Buy Gyroscope

Megadeal Ahead? Horizon In Takeover Talks With Big Pharma For $20bn+ Deal

Vision Possible: Why Eyestem Is 'Bullish' About Its Dry AMD Candidate