Biopharma will outline its growth goals for 2022 over the coming weeks, with J&J, Novartis, AbbVie, Merck, Roche, Biogen and Lilly among the first to report. 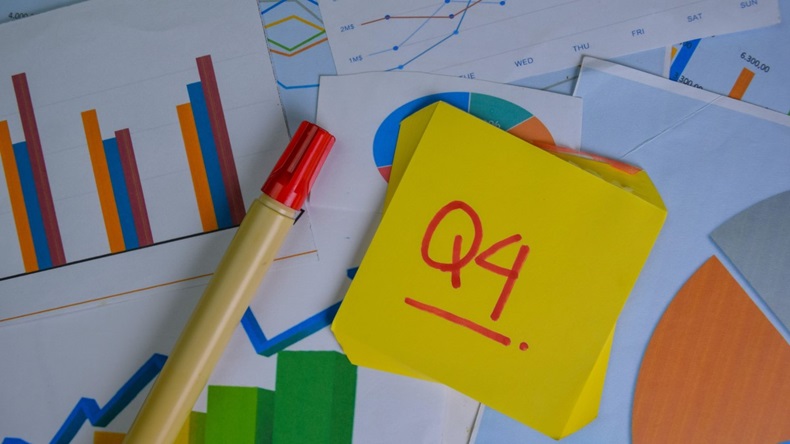 The end-of-the-year sales and earnings calls starting on 25 January could be a better platform for industry to set the outlook for 2022 after the year’s slow start with another virtual J.P. Morgan Healthcare conference lacking the sparks the live meeting is known for, and yet another wave of COVID-19 in many regions of the world.

The year is expected to present headwinds as usual, both from the continued pressure of COVID-19 and, in many cases, loss of exclusivity of important brands. But there are also plenty of new opportunities coming from new drug launches, leadership changes and what investors hope will be active deal-making. Here are some of the developments Scrip will be following as the first round of companies report. [Editor’s note: Stay tuned for Part 2, which will cover companies reporting later.]

Johnson & Johnson CEO Joaquin Duato will be presiding over his first sales and earnings call as chief executive on 25 January, having taken over the top spot from Alex Gorsky at the start of the new year. Duato, who has a long tenure at J&J and was previously vice chairman, already had an opportunity at J.P. Morgan to outline some of his plans to carry on with the growth strategy already in place at J&J.  (Also see "J&J CEO Gorsky Handing Over The Reins To Vice Chairman Duato" - Scrip, 20 Aug, 2021.)

While the company is preparing to separate its consumer health business from its pharmaceutical and medical device businesses, Duato indicated the company is expected to remain a three-sector business through the rest of 2022.

Within pharmaceuticals, the near-term focus will be on ramping up recent drug launches, including Ponvory (ponesimod) for multiple sclerosis and Rybrevant (amivantamab) for non-small cell lung cancer, as well as preparing for the anticipated approval of Carvykti (ciltacabtagene autoleucel), the cell therapy for multiple myeloma partnered with Legend Biotech Corp.. The US Food and Drug Administration action date was delayed by three months until February, and J&J has big ambitions for the product.

During an R&D overview last year, J&J said Carvykti is one of several new drugs that could reach peak sales of $5bn. For now, investors will be wondering about the early launch plans, given that an industry-wide shortage of a crucial viral vector used to deliver cell and gene therapies has impacted the capacity of rival cell therapies. J&J has said it is working to ramp up its own internal manufacturing capacity. (Also see "No Way To Go But Grow: J&J Outlines Plans To Become A $60bn Pharma In 2025" - Scrip, 18 Nov, 2021.)

Industry has now had some time to digest the US Centers for Medicare and Medicaid Services’ (CMS) draft proposal to pay for amyloid-directed monoclonal antibody drugs for Alzheimer's disease only when they are used in randomized controlled clinical trials. The draft national coverage determination was released on 11 January, casting a shadow over the reimbursement prospects for those drugs.

The fourth quarter earnings calls could provide an opportunity to hear more from company execs about the potential near- and long-term implications of the draft NCD. It will have an impact on key players initially, but it could also have broader implications for the industry long term, if CMS were to implement those kinds of reimbursement decisions more regularly.

Biogen, Inc. is most heavily impacted by the NCD initially because its Alzheimer's drug Aduhelm (aducanumab) has been on the market since June and sparked the agency's coverage review. But other drug developers, including Eli Lilly and Company and Roche Holding AG, which both have amyloid antibodies in late-stage development, could also be impacted. (Also see "Lilly Braces For Impact Of CMS Draft Coverage Decision On Biogen’s Aduhelm" - Scrip, 11 Jan, 2022.) Reaction from the industry more broadly on the big Medicare decision will also be of interest to investors, especially if it should increase uncertainty in the already challenging environment for drug development.

The underwhelming launch of Aduhelm has put Biogen in a precarious position, since it is already facing pressure from the loss of Tecfidera (dimethyl fumarate) sales to generic competition. The company will be pressed during its 3 February conference call on plans for cost-cutting and lay-offs in 2022.

Novartis To Decide The Fate Of Sandoz

Novartis AG is expected to reach some decisions about the future of its generic drug and biosimilar business, Sandoz, later this year. The company may shed some light on any developments in an ongoing strategic review of the business, announced in October, although it is unlikely a decision will be reached until later in the year.

Sandoz has been a drag on Novartis's top-line growth, with the US market particularly under pressure for several years. The business generated $7.1bn in the first nine months of 2021, representing flat growth over the 2020 period.

Novartis has said it is evaluating a wide range of options, including retaining Sandoz as part of Novartis, as well as a sale to equity investors or a spinout. (Also see "Cosentyx And Entresto Keep Powering Novartis As Firm Mulls Sandoz Sale" - Scrip, 26 Oct, 2021.) A deal to sell the US generic oral solids and dermatology businesses to Aurobindo for $1bn in 2020 collapsed after the US Federal Trade Commission failed to clear the deal. (Also see "Aurobindo-Sandoz End $1bn US Deal" - Scrip, 2 Apr, 2020.)

There is plenty to follow on the company's branded business too – including any early metrics on the initial US launch of Leqvio (inclisiran) for high cholesterol after it was approved in December. ( (Also see "It's Time For Novartis To Put Its Leqvio Launch Strategy To The Test" - Scrip, 22 Dec, 2021.)

The End Of Merck’s HIV Ambitions?

The company had hoped islatravir could be a potential future blockbuster and part of new long-acting combination regimens, but now the future of the drug, as well as Merck's future in HIV, appears uncertain as it has already lost valuable ground to Gilead Sciences, Inc. and ViiV Healthcare.

At the J.P. Morgan conference, Merck Research Laboratories President Dean Li said it could take three to six months for Merck to thoroughly review the data and determine if there is a path forward for the drug. Investors will be eager to hear more about Merck's plans to fill the pipeline void left by the setback, as the company is already under pressure to diversify away from its PD-1 inhibitor Keytruda (pembrolizumab).

What's The Outlook For Biosimilars?

There's a singular commercial opportunity ahead for biosimilars in 2023 – the long-awaited loss of exclusivity for AbbVie Inc.'s Humira (adalimumab) in the US. While many drug makers are eagerly awaiting their chance to get a piece of the multibillion-dollar revenue generated by what has been the top-selling drug in the world, enthusiasm for biosimilars past the Humira LOE is waning among some players, while others see a longer-term opportunity.

Amgen, Inc., on the other hand, still has a bright outlook for the business area, and CEO Robert Bradway said the company believes it can double its 2021 biosimilar revenues by the year 2030, based the strength of Humira biosimilars in 2023, followed by a wave including Stelara (ustekinumab), Eylea (flibercept) and Soliris (eculizumab). (Also see "Amgen Provides Ambitious Update On Biosimilars Business" - Generics Bulletin, 17 Jan, 2022.)

Biogen also expects near-term upside from its biosimilar business, even as it faces headwinds in other areas. The company is on track to launch a biosimilar version of Roche's Lucentis (ranibizumab) in the US, already approved by the US FDA under the brand name Byooviz (ranibizumab-nuna), by mid-year.

Other players in the field include Coherus BioSciences, Inc. and more traditional generic drug makers like Viatris Inc., Sandoz and Teva Pharmaceutical Industries Ltd.. And with virtually everyone in the space going after the US Humira opportunity next year, it will be interesting to see how the commercial preparations unfold this year ahead of the big launch.