Five notable studies are expected to report top-line data in the first quarter. With the help of Biomedtracker's Early 2022 Outlook Report, we take a look at the major catalysts likely to kick off the year, including in heart failure and wet AMD. 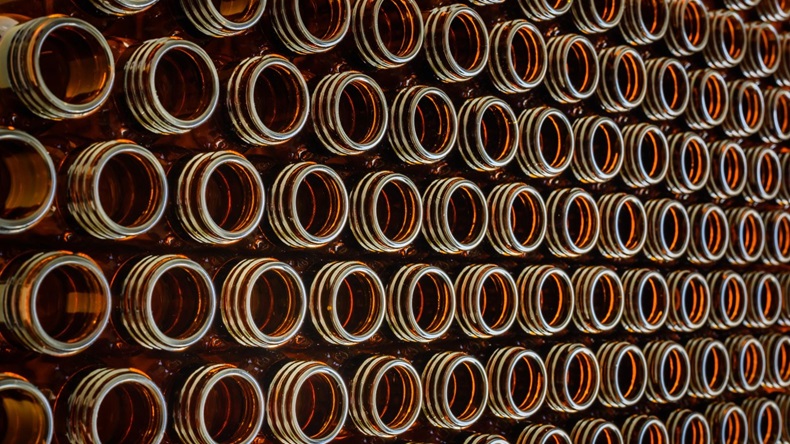 Source: Alamy The Biomedtracker report looks at upcoming catalysts for drugs that could be lining shelves in future.

Cytokinetics, Inc. is expected to release top-line data from the Phase III METEORIC-HF study of omecamtiv mecarbil, a selective cardiac myosin activator, by the end of April. The METEORIC-HF study has enrolled 276 heart failure patients with reduced ejection fraction and decreased exercise tolerance and measures the primary endpoint of change in peak oxygen uptake on cardiopulmonary exercise testing from baseline to week 20.

The development of omecamtiv has been hindered by obstacles, with the candidate showing only a slim efficacy benefit in the much-anticipated Phase III GALACTIC-HF trial composite primary endpoint and missing all secondary endpoints. (Also see "Cytokinetics Sees Omecamtiv Potential In Certain Heart Failure Patients" - Scrip, 13 Nov, 2020.) The lukewarm data prompted former partner Amgen to return its rights to the drug to Cytokinetics in 2020 following a deal first inked in 2006.  (Also see "Amgen Hands Omecamtiv Back To Cytokinetics" - Scrip, 23 Nov, 2020.)

However, Merck’s rival Verquvo (vericiguat), a soluble guanylate cyclase stimulator, won US Food and Drug Administration last year for a similar population with a comparatively modest benefit, analysts at Biomedtracker noted. (Also see "Merck & Co. Pushes Back On Modest Projections For Verquvo" - Scrip, 20 Jan, 2021.) Besides, since exercise capacity is rarely evaluated, positive results from the METEORIC-HF trial could offer differentiating factor for omecamtiv over its competitors, they added.

Topline data from the Phase Phase III PaTHway study of Ascendis Pharma A/S’s TransCon PTH in adult patients with the rare disease hypoparathyroidism (HP) are anticipated by the end of March. TransCon PTH is a prodrug of parathyroid hormone (PTH) that aims to restore PTH levels for 24 hours every day to normalize blood and urinary calcium levels, serum phosphate levels and bone turnover.

The PaTHway study completed enrolment of 82 patients in May last year and measures proportion of subjects with albumin-adjusted serum calcium within the normal range who are independent form active vitamin D and therapeutic doses of calcium as a primary endpoint. Data from the trial could support a new drug application with the FDA planned for the third quarter of this year. The Danish firm is also planning pediatric studies for the asset.

Ascendis’ candidate is the most advanced one in the clinic for HP, followed by BridgeBio Pharma, Inc.’s calcium-sensing receptor antagonist encaleret and Entera Bio Ltd.’s oral formulation of teriparatide (a recombinant form of PTH), both at Phase II development. Furthermore, past results for TransCon PTH were promising, analysts at Biomedtracker noted. Updated data from week 84 of the Phase II PaTH Forward study showed 93% of treated subjects were free from taking active vitamin D and took less than 600mg of calcium per day.

Embera NeuroTherapeutics, Inc.’ topline Phase II/III data for its smoking cessation candidate EMB-001 are expected by the end of March. The oral asset is a combination of two FDA-approved drugs, the cortisol synthesis inhibitor metyrapone and the short-to-medium acting benzodiazepine oxazepam.

Given its differentiated mechanism from existing addiction treatment options, EMB-001 could prove a meaningful addition to the smoking cessation market which sees 75% of patients resume smoking within a year. The candidate could also be used in conjunction with approved therapies, analysts at Biomedtracker noted.

Embera is currently recruiting between 25 and 50 subjects for a Phase IIa study initiated in May last year. The primary endpoints are smoking abstinence at weeks nine through 12, week 12 and at a six-month follow-up. Investors in the private company took part in a $1.3m financing to support the study. The Boston, MA-based biotech first funded a Phase I dose-ranging study for the candidate with $2m raised in the second part of its series A financing in 2015. SC028401

The biotech has also initiated a Phase II study for EMB-001 in cocaine use disorder, topline results from which are expected in the first quarter of this year. Over 70% of the target enrolment of 80 patients had been recruited in June last year.

Now, attention turns to topline results from the Phase III ELEVATE UC 52 trial, which are anticipated by the end of March. The ELEVATE UC 52 study was initiated in 2019 while another Phase III study, ELEVATE UC 12, started in 2020. More than 700 patients with moderately to severely active UC have been enrolled across both trials.

ELEVATE UC 52’s coprimary endpoints measure the proportion of participants achieving clinical remission assessed by Mayo component sub-scores at 12 weeks and 52 weeks. Etrasimod is the most advanced S1P agonist in the clinic for UC, followed closely by Ventyx Biosciences, Inc.’s VTX-002 and Biogen, Inc.’s amiselimod, both at Phase II.

Arena was recently acquired by Pfizer Inc. in a deal worth $6.7bn as part of the major's strategy to diversify its inflammation and immunology pipeline. (Also see "Pfizer Buys Arena For $6.7bn In Bid To Diversify In Inflammation & Immunology" - Scrip, 13 Dec, 2021.)

Kodiak reported preliminary results from a Phase Ib study in wet AMD, diabetic macular edema and retinal vein occlusion, showing strong improvements in vision and retinal anatomy were observed over 12 weeks and detected signs of disease modification. Notably, there were no intraocular inflammation (IOI) or ocular serious adverse events reported after 200 injections. The lack of IOI as a contraindication could give Kodiak’s asset an edge over competitors if approved by the FDA, the Biomedtracker analysts noted.

Regeneron's Eylea and Roche's Lucentis currently dominate the treatment market for wet-AMD and diabetic eye disease, but biosimilar ranibizumab and new brand launches are on the horizon.

However, Kodiak faces tough competition, as there are 35 other VEGF receptor antagonists in the clinic for wet AMD, according to the Citeline database Pharmaprojects. Elsewhere in the wet AMD pipeline, rival Roche Holding AG’s anti-VEGF bi-specific antibody faricimab has produced filing-worthy Phase III data but has shown no advantage over Eylea. (Also see "Roche Prepares Faricimab For Filing After Phase III AMD Data" - Scrip, 26 Jan, 2021.)

Editor's Note: This article has been updated to correct the spelling of omecamtiv mecarbil.

Cytokinetics Rocked By Another Omecamtiv Setback

Pfizer Buys Arena For $6.7bn In Bid To Diversify In Inflammation & Immunology

Merck & Co. Pushes Back On Modest Projections For Verquvo

Amgen Hands Omecamtiv Back To Cytokinetics

Behind A Rekindled Dream And China Biotech’s New Reality