Milestones Expected In 2022 For CRISPR and Emerging Technologies

Share prices for many gene-editing companies declined in 2021, but the field is burgeoning with novel approaches due to be highlighted at the J.P. Morgan meeting, and one player, Intellia, could move closer to a breakthrough in 2022. 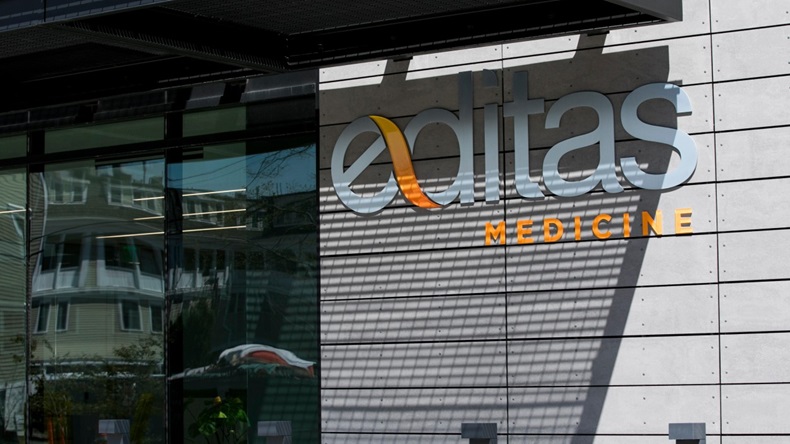 Source: Alamy Editas's first in vivo gene therapy results underwhelmed last year, but the company could build on its leading position in 2022.

The next 12 months are likely to see further major developments in gene-editing technologies, a field which attracted billions of dollars of funding in 2021, thanks to a range of novel and maturing platforms which have the potential to offer new treatments and possible cures for genetic diseases.

However, 2021 ended on a sobering note for many newly public gene editing companies as their share prices declined, while readouts from more established players illustrated that progress in the field would be neither linear nor rapid.

Some of the key companies in the field will be presenting at next week’s J.P. Morgan Healthcare Conference, which once again is fully virtual because of COVID-19 – here Scrip takes an overview of the sector and lists key presentations, most of which are being made available by webcast.

While 2021 saw a boom in biotech IPOs, many of those debuting on the NASDAQ saw their share price sink after launch, dragging down the whole sector and contributing to one of the worst years for biotech investors in recent memory. The post-launch declines included three gene-editing specialists: Graphite Bio and Sana Biotechnology, and Caribou Biosciences, with only Verve Therapeutics bucking the trend.

While cell and gene therapies are already on the market, gene-editing techniques, such as CRISPR Cas9, offer a number of potential advantages, including the ability to correct the genetic code of an underlying mutation and thereby potentially provide a cure where gene therapy products may have waning efficacy and protein expression.

Gene editing has particular promise for  “gain of function” mutations such as those seen in sickle cell disease and Huntington’s as opposed to only treating “loss of function” conditions with gene replacement or oligonucleotide-based therapies.

Gene editing can be performed in cells ex vivo which are then administered to the patient or in vivo, and both these approaches are being pursued.

However, doubts about efficacy and safety – including potential changes made to off-target genes by CRISPR Cas9 – remain big uncertainties. These concerns have prompted new entrants to adopt novel approaches: Verve Therapeutics, for example, is pioneering ‘base editing’ and Precision Biosciences is investigating the use of the I-CreI enzyme, both of which are claimed to have a reduced risk of off-target edits. (Also see "Biotech Drives Base Editing Into Clinic As Big Pharma Looks On" - Scrip, 15 Nov, 2021.)

The following month, CRISPR Therapeutics reported Phase I results from CTX110, a gene-edited allogeneic CAR-T candidate. While this result is more relevant to the off-the-shelf CAR-T field, it did little to renew confidence either in this emerging technology or gene-editing. (Also see "CRISPR Therapeutics Moves Into Off-The-Shelf CAR-T Lead, But Durability Test Awaits" - Scrip, 13 Oct, 2021.)

Both Editas’ and CRISPR Therapeutics’ share prices ended heavily down on the year (currently down by 61% and 49% respectively compared with a year ago) though many argue they had previously benefited from a sector-wide biotech bubble in late 2020/early 2021, buoyed by optimism from the COVID-19 mRNA vaccine makers.

Nevertheless, there was one clear and significant development in the gene editing field in 2021, achieved by Intellia Therapeutics. In June, it unveiled the world’s first Phase I data from a CRISPR Cas9 in vivo therapy, from six patients with hereditary transthyretin amyloidosis with polyneuropathy (hATTRv-PN). 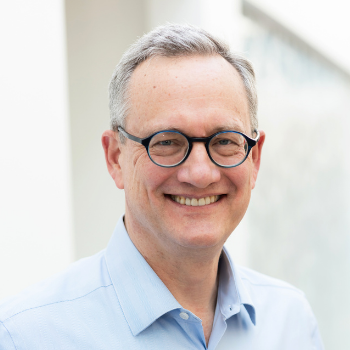 The results were a breakthrough for the in vivo gene therapy field, following previous disappointments – back in 2017 Sangamo Therapeutics’s zinc finger nuclease technology failed to show efficacy in a patient with Hunter syndrome.

2022 will be a pivotal year for Intellia, which must now set out a path towards a pivotal trial of the product that will satisfy regulators’ demands.

More broadly, the sheer number of companies operating in the field, the breadth of gene-editing modalities being investigated and the funding available for their development mean there is optimism that the field can make significant progress over the next few years.

CRISPR Therapeutics will not be presenting at this year's J.P. Morgan event, but its partnership with Vertex Pharmaceuticals (which is at the conference) could yield the first submission of a CRISPR-based ex vivo gene-edited therapy by the end of 2022.

The companies are working on CTX001, a treatment for transfusion-dependent beta thalassemia (TDT) and severe sickle cell disease, and presented encouraging Phase I/II data in June on 22 patients. They claim this adds to a growing body of evidence that CTX001 could provide a one-time functional cure for both conditions - and analyst forecast that if approved, the treatment could earn around $2bn in peak annual revenues.

Vertex's CEO Reshma Kewalramani said then that it was already looking ahead to finalizing regulatory discussions and moving towards filing, though much will depend on the US regulator's stipulations on the maturity and robustness of the data.

Vertex is one of the most active of the larger biopharma companies in the space in terms of deal-making, and in October signed a $700m collaboration with Mammoth Biosciences to give it a presence in CRISPR-based in vivo gene-editing. (Also see "Vertex Gains In Vivo CRISPR Foothold With Mammoth Pact" - Scrip, 26 Oct, 2021.)

The company is one of the leaders in the emerging fields of base editing, and its founders include Feng Zhang, one of scientists credited as co-discoverer of CRISPR.

Base editing refers to the four bases which make up DNA (adenine (A), cytosine (C), guanine (G), and thymine (T) and seeks to be a more precise and efficient gene-editing platform than CRISPR Cas9. In Beam’s platform, the CRISPR protein is bound to a guide RNA, and instead of Cas9 uses deaminase enzymes to carry out the desired chemical modification of the target DNA base.

This is able to make a specific base-pair change in DNA without breaking the double-strand, avoiding some of the concerns of conventional CRISPR editing. The company’s IND for its lead in vivo gene-editing asset, BEAM-101, in sickle cell disease (SCD) was cleared by the US FDA on 8 November, paving the way towards a clinical trial start in 2022.

The only newly public gene-editing company to improve on its IPO share price in 2021, Boston, MA-based Verve Therapeutics has licensed Beam Therapeutics base editing technology for its lead candidate VERVE-01. The company plans to initiate clinical development of VERVE-01 in patients with heterozygous familial hypercholesterolemia (HeFH) later this year.

Sana Biotechnology raised $588m when it went public in February 2021, one of the biggest IPOs of last year, despite it being still only at the preclinical stage with its largely cell-therapy based platform. The company saw its share price steadily decline over the year, and is currently down 56% on launch, as investors wake up to the riskiness of unproven technologies. In October, Sana signed a deal with Beam Therapeutics to use its CRISPR Cas12b nuclease system (an update on Cas9 and intended to have fewer off target edits) for ex vivo engineered cell therapy programs

In addition to its lead in vivo candidate, EDIT-101 in LCA10, Editas also has EDIT-301 in the RUBY clinical study in patients with severe sickle cell disease. In December, it announced it would begin a Phase I/II study of EDIT-301 in patients with transfusion-dependent beta thalassemia (TDT). These twin disease areas are proving to be the most hotly contested targets among gene-editing products, with CRISPR Therapeutics and Vertex’s CTX001 in two ongoing Phase I/II trials.

Key to the company’s year will be its progress towards a pivotal trial of its lead in vivo candidate, NTLA-2001, which it is developing with Regeneron.

The company’s lead candidates are gene-edited allogeneic CAR-T candidates against CD19 and BCMA targets, with encouraging early data presented at the American Society of Hematology congress in December.

The company’s ARCUS genome editing platform is based on the I-CreI enzyme that evolved in the algae Chlamydomonas reinhardtii to make highly specific cuts and DNA insertions in cellular DNA. The company claims that while other gene-editing platforms focus on ease of design and quick turnaround, ARCUS is a potentially safer and more precise editing approach.

Its lead in vivo gene editing candidate is PBGENE-PCSK9, and is expected to reach the IND/CTA stage later this year.

Please note an earlier version of this article stated incorrectly that CRISPR Therapeutics and Vertex's CTX001 was an in vivo gene editing therapy, which has now been amended.

Biotech Drives Base Editing Into Clinic As Big Pharma Looks On

Year Ahead Could Prove Rough For Private Biotech Financing

Teva Hopes For Revenue Growth For First Time Since 2017