Novartis hopes a CAR-T with rapid manufacturing will be a winner, while novel bispecific antibodies in lymphoma and myeloma will make appearances, along with next-generation PI3K and BTK inhibitors. 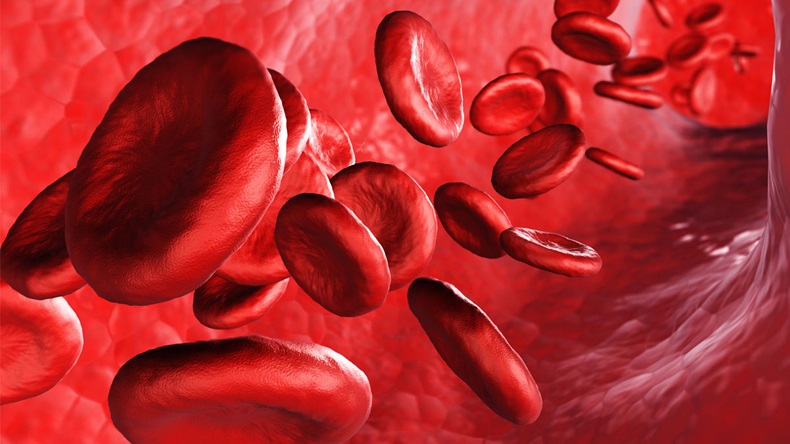 The American Society of Hematology meeting is back for 2021, at least partially, taking place as a hybrid conference online and in person in Atlanta 11-14 December, with a variety of companies showcasing their latest clinical findings in hematological cancers and blood disorders.

Below is a selection of data appearing at this year’s ASH meeting that have been generating buzz among analysts.

Novartis AG was the first company to win approval for a CAR-T therapy, the CD19-targeting Kymriah (tisagenlecleucel), for pediatric ALL in 2017 and diffuse large B-cell lymphoma (DLBCL) the following year. But since then, it has somewhat fallen behind in terms of output, while Gilead and BMS now boast multiple cell therapies under their belts. However, the Swiss drug maker is now looking to catch up and plans to present Phase I data on YTB323 in DLBCL. The company’s main selling point for the new construct is its rapid manufacturing time, with less than two days required to manufacture the final product with the T-Charge manufacturing platform, which is designed to improve cell persistence, driving higher response rates and longer durability of response.

Data from 15 patients across three dose levels from the YTB323 abstract showed that at dose level 1, the overall response rate (ORR) and complete response rate (CR) were both 25%, while at dose level 2 they were both 75%. In terms of adverse events (AE), four patients experienced at least one grade 3 AE, six experienced at least one grade 4 AE, and two experienced at least one fatal AE, however all four deaths on trial were deemed unrelated to the therapy. Cytokine-release syndrome (CRS) occurred in four patients – including three at grade 1-2 and one at grade 4, which met dose-limiting toxicity criteria. Seven patients experienced neurological AEs, including two considered serious, namely grade 3 peripheral neuropathy unrelated to therapy and grade 3 immune effector cell-associated neurotoxicity syndrome (ICANS) deemed related.

One company that has gotten a significant amount of attention is Fate Therapeutics, Inc., which is presenting data on the CD19-targeting CAR-NK therapy FT596, along with the induced pluripotent stem cell (iPSC)-derived NK cell therapy FT516 combined with anti-CD20 monoclonal antibody – either Roche Holding AG’s Rituxan (rituximab) or Gazyva (obinutuzumab) – in B-cell non-Hodgkin’s lymphomas (NHL). The company previously presented data on FT516/Rituxan at the American Society of Clinical Oncology meeting in June, when it provided a promising sign of the therapy’s efficacy in NHL and potential applicability beyond hematological cancers, albeit with the caveat that the data were early. (Also see "Fate’s Phase I NK Cell Therapy Sparks Optimism, But Longer Follow-Up Needed" - Scrip, 9 Jun, 2021.)

According to the FT516 abstract, eight of 11 patients who received at least 90 million FT516 cells responded to treatment, including seven who achieved CRs, while five responders remained in remission at between 4.6-9.5 months. No dose-limiting toxicities, serious AEs or grade 3 or higher AEs related to FT516 were observed.

For FT596, of 17 efficacy-evaluable patients, five of eight in the monotherapy arm and four of nine in the CD20 antibody-combination arm responded. Eight of 11 patients that received at least 90 million cells responded, including seven CRs. Two patients with prior CAR-T treatment achieved CRs as well. No cases of graft-versus-host disease or ICANS were observed, while there were two cases of grade 1-2 CRS.

Bispecifics Move Ahead, With New Targets And Old

Roche’s anti-CD20 Rituxan has long been a mainstay in treatment of B-cell non-Hodgkin’s lymphomas, forming the backbone of chemotherapy combinations like R-CHOP. But even with the availability of biosimilar versions such as Celltrion, Inc.’s Truxima and Amgen, Inc.’s Riabni, multiple companies have been developing bispecific antibodies that target CD20 on cancerous B-cells and CD3 on T-cells.

This year’s ASCO meeting showcased multiple anti-CD20 bispecific antibodies, including Roche’s glofitamab and mosunetuzumab and Genmab A/S/AbbVie Inc.’s epcoritamab. But while they showed strong efficacy, Rituxan and its biosimilars remain sufficiently entrenched in the NHL treatment armamentarium that it may prove difficult to dethrone, with the bispecific antibodies seeming likely to play more of a niche role. (Also see "Anti-CD20 Bispecifics Could Find Niche In First-Line Lymphoma" - Scrip, 8 Jun, 2021.)

Initial results from a Phase I/II study of subcutaneous mosunetuzumab at ASH show that in 38 efficacy-evaluable patients with FL and DLBCL, 19 responded to treatment. CRS occurred in 24.3% of patients, though none at grade 3 or higher.

Another study with preliminary data is a Phase Ib/II trial of glofitamab with Roche’s CD79b-targeting antibody-drug conjugate, Polivy (polatuzumab vedotin-piiq) in DLBCL. At cutoff, 33 of 44 patients were evaluable for efficacy, and the ORR was 73%, while the CR rate was 51.5%. Of 42 patients, CRS occurred in 55%, though not at grade 3 or higher.

Preliminary results of a Phase I/II study combining epcoritamab with Rituxan and BMS’s Revlimid (lenalidomide) in 16 patients showed that all five efficacy-evaluable patients responded, including four CRs. CRS occurred in 31% of patients, but all at grade 1-2.

Another CD20xCD3-targeting bispecific drug is Xencor, Inc.’s XmAb13676 (plamotamab). Updated data from 80 patients in a Phase I study showed that among those who were efficacy-evaluable, the ORR was 43.4%, which Mizuho analyst Mara Goldstein said in a 17 November note was a “modest improvement” over a 38.9% ORR at ASH 2019. (Also see "Bispecifics Could Be A Threat To CAR-Ts, But Efficacy May Trump Convenience" - Scrip, 19 Dec, 2019.) However, among eight patients who received flat dosing instead of weight-based dosing, the ORR was 50%. Overall, 62.5% of patients experienced CRS, with 5% experiencing it at grade 3 or higher.

Beyond NHL, multiple myeloma is also the subject of bispecific antibody studies appearing at ASH. These include Genmab/Johnson & Johnson’s talquetamab, a GPRC5DxCD3-targeting bispecific antibody, for which the companies will present updated Phase I data and first-time combination therapy results with the company’s CD38 inhibitor Darzalex (daratumumab). J&J’s BCMAxCD3 bispecific teclistamab also will have updated Phase I and early Darzalex combination data at ASH. Roche plans to present Phase I data on cevostamab, which targets FcRH5xCD3.

In the talquetamab monotherapy study, the ORR was 70% among 30 efficacy-evaluable patients, with 57% achieving a very good partial response (VGPR) or better. CRS occurred in 70% of 30 patients who received the recommended Phase II dose of 405mcg/kg weekly.

PI3K Market Heats Up As Next-Generation BTKs Move Ahead

When it comes to small molecules, some of the biggest highlights at ASH are drugs designed to improve upon two classes of kinase inhibitors for blood cancers, namely PI3K and BTK inhibitors.

Incyte Corporation plans to present Phase II data on parsaclisib, its PI3K-delta inhibitor, in relapsed/refractory follicular lymphoma (FL) and marginal zone lymphoma (MZL) from the CITADEL-203 and CITADEL-204 studies, respectively, as well as from the CITADEL-205 study in MCL. The FDA is expected to decide whether to approve the drug in FL and MCL by 30 April 2022 and in MZL by 30 August 2022.

But although parsaclisib belongs to a new generation of PI3K-delta inhibitors designed to address the safety issues that have long dogged the class, the market may soon find itself dominated by MEI Pharma, Inc. and Kyowa Kirin Co., Ltd.’s zandelisib. The companies announced Phase II data in relapsed and refractory FL on 30 November showing both a high response rate – including a complete response rate uncommon among the class – but with apparently lower toxicity even than other PI3K-delta inhibitors designed to overcome that limitation. (Also see "Did MEI/Kyowa Kirin Beat The PI3K Tolerability Trap?" - Scrip, 30 Nov, 2021.)

Data from Merck’s presentation show that among 38 efficacy-evaluable patients with CLL/SLL, the ORR was 57.9%, or 22 responses, including one CR. Among 118 treated patients, 97% experienced a TEAE, with 8% having one that led to discontinuation, and 68% experiencing grade 3 or higher AEs. Seven experienced fatal AEs, but none were drug related.

Multiple Myeloma Bispecifics Vie For Leadership Based On Safety, Combinability

Gilead/Kite’s Tecartus Moves Into Leukemia With Second US Indication

Loxo Lays Out Plans For BTK Inhibitor LOXO-305 In CLL

Bispecifics Could Be A Threat To CAR-Ts, But Efficacy May Trump Convenience

European Pharma 2023: A Rocky Year For Roche But Novo Is Rising Fast