In a new landmark, Chinese firm BeiGene has posted greater quarterly sales of its cancer drug Brukinsa in the US than in China for the first time. Meanwhile, a growing number of innovative products developed in China are on the cusp of expansion into overseas markets. 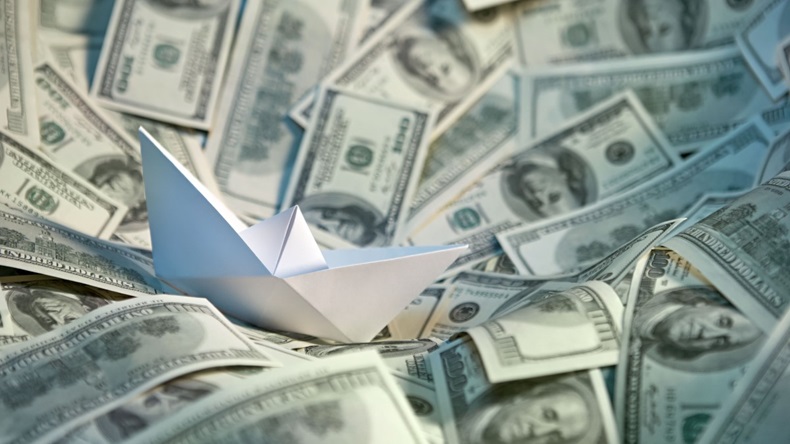 The third quarter of 2021 has marked a new chapter for Chinese biotechs’ ambitions to take on the world.

For the three months ended 30 September, Nasdaq and Hong Kong-listed BeiGene posted $33.7m in sales of Brukinsa (zanubrutinib), its small molecule Bruton’s tyrosine kinase (BTK) inhibitor for hematological malignancies, in the US - notably this was slightly more than those on its home turf  of $32.1m.

In effect, the company more than doubled the drug’s sales in the US from the three months ended 30 June; Brukinsa was first launched in the US in 2019.

Significantly, this was the first time a Chinese biotech achieved greater sales internationally than at home for a single innovative new drug. It was especially notable given that BeiGene has retained the global rights to Brukinsa and markets the product itself in the US through a more than 150-person dedicated commercial team, according to an analysis by Scrip based on corporate stock filings.

BeiGene’s strategy is to “make full use of clinical data and academic innovation to improve marketing impact,” the firm told Scrip in an emailed response to questions.

The clinical data for zanubrutinib include results from the ASPEN and ALPINE Phase III trials, which compared the molecule head-to-head with Janssen Pharmaceutica Inc./Pharmacyclics, Inc.’s Imbruvica (ibrutinib) and showed the former’s improved safety and tolerability.

Based on available clinical outcomes, BeiGene obtained US approvals for Waldenström’s macroglobulinemia and marginal zone lymphoma in the third quarter, bringing the number of approved indications to three, the other being mantle cell lymphoma.

“Continued uptake” across all uses helped drive the acceleration in Brukinsa’s US sales, BeiGene noted in its quarterly financial report.

Another factor behind the stronger US sales is pricing. Brukinsa is priced more than six-fold higher in the US versus China, according to a filing related to BeiGene's recent Shanghai IPO. An 80mg capsule sells for $117.50 in the US, compared to a median price of CNY99 ($15.50) in China.

Brukinsa has remained competitive with its two same-class rivals in the US, Imbruvica and AstraZeneca PLC’s Calquence (acalabrutinib), which are priced at $173.20 per 140mg capsule and $244.90 per 100mg capsule, respectively, data compiled in May show.

That has given the “made in China” new drug “a certain degree” of pricing advantage in the world’s largest pharma market, BeiGene observed.

However, the Chinese firm still has a long way to catch up. Aided by a leader effect and additional indications for chronic lymphocytic leukemia or small lymphocytic lymphoma, Janssen/Pharmacyclics and AZ grabbed $413m and $308m in quarterly sales of Imbruvica and Calquence  respectively, according to the companies' third quarter results.

In international markets, Imbruvica and Calquence’s revenues totaled $654m and $46m respectively during the same period.

Other Chinese firms eyeing markets outside of China are also eager to jump into the fray. HUTCHMED is building up a commercial team in the US to prepare for the launch of its multi-kinase inhibitor surufatinib for pancreatic and extra-pancreatic neuroendocrine tumors in the first half of 2022, according to its interim report for 2021.

The US FDA has set a PDUFA action date of 30 April next year for the small molecule following the acceptance of the new drug application in June.

“By the end of this year we will have a team of maybe 65 people,” HUTCHMED CEO Christian Hogg told Scrip in an interview the same month. The company plans to boost these ranks to about 150 by 2023, after anticipating more approvals in the US, the executive noted, while noting that building a successful commercial team in the US is "not an easy job" for a Chinese company.

The Shanghai-listed biotech is hoping to seize a decent share of the estimated 1.3 million hospitalized and critically ill AIDS/HIV patients in 60 emerging and developing countries, including in Cambodia and Ecuador. Both countries have already granted approvals to the Chinese-developed drug, Frontier CEO Changjin (CJ) Wang told Scrip in an interview in November.

Wang said the international commercial effort is just starting and the hope is to rely on local distributors to launch the antiviral in target markets.

Chipscreen in 2006 out-licensed exclusive global rights to the small molecule to San Diego, CA-based HUYA Bioscience International for $28m, including $200,000 in upfront and potential milestone payments.