Pfizer’s pandemic-related windfalls might be prompting some investors and analysts to try steering the resulting largesse towards their own favored acquisition candidates. 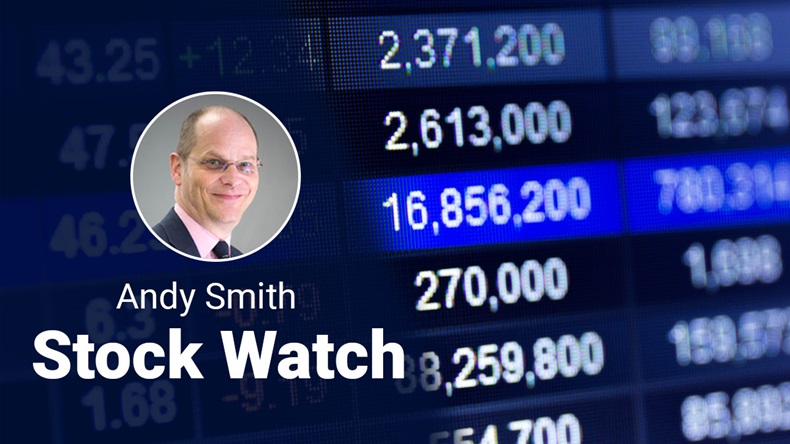 Despite the third guidance raise this year, and another beat of analysts’ consensus estimates, sell-side reactions to Pfizer’s third-quarter results were subdued. What could possibly be the reasons for caution around the company that brought the biggest advancements of the pandemic?

Ball Skips Park For Another State

Pfizer Inc.’s* third-quarter financial report was archetypal of a life science company that has benefited from the pandemic. Its reported revenues rose by 134% on the same quarter of 2020, and by 27% on the second quarter of 2021. Revenues and earnings per share (EPS) were 6% and 24% above analysts’ consensus estimates and revenue guidance was increased for the third time this year. While Pfizer was quick to point to the 7% operational growth in its core business, the vast majority of its newfound revenues and earnings came from its vaccine to prevent COVID-19, Comirnaty. Analysts might have been forgiven for underestimating Pfizer’s nearly $13bn in third-quarter Comirnaty sales – which had grown by 66% since the second quarter – but its 25% price increase after the second quarter, the roll-out of booster, adolescent and, most recently, childhood vaccination programs, as well as Pfizer’s second-quarter guidance being based only on contracts signed up to mid-July, were not exactly trade secrets.

By Alaric DeArment 02 Nov 2021 The company increased its guidance for sales of the COVID-19 vaccine again, to $36bn, though many other products’ sales were close to or below analyst expectations. Read the full article here

If analysts were going to defend their underestimates, their reasoning was never going to be directed at Comirnaty, the product that saved the world from significant mortality and was the first vaccine, booster and childhood COVID-19 vaccine to be authorized by the FDA. The much easier target was Pfizer’s core (non-Comirnaty) business, described variously by analysts as “modestly below expectations,” “weak,” “underperforming” or – as it related to Pfizer’s pipeline – “unconvincing.” The analysts were quick to highlight the 1% reduction (at the midpoint) of Pfizer’s full-year core business revenue guidance, although I suspect some residual pandemic-related suppression was the cause. When I looked at Pfizer’s individual franchises, there were indeed a few underperformers. Pfizer’s inflammation and immunology category revenues fell by 7% on the same quarter of 2020. The largest product in that group is the anti-inflammatory Xeljanz (tofacitinib), whose third-quarter sales mirrored the category’s 7% fall, reflecting prescribing caution during the FDA’s safety review of the JAK inhibitor class. An easier target for criticism would have been Pfizer’s smoking cessation product Chantix (varenicline), third-quarter sales of which fell by 97% after the detection of out-of-specification levels of an impurity that halted shipments. However, there were no questions on Chantix on Pfizer’s conference call and if analysts mentioned Chantix at all in their research, it was as a “headwind.” (Also see "Par Steps In With Chantix Rival After Pfizer Recall" - Generics Bulletin, 23 Sep, 2021.) Another target could have been the 7% third-quarter fall in revenues of the Prevnar family of pneumococcal vaccines, but since Pfizer ascribed this to “the ongoing prioritization of primary and booster vaccination campaigns for COVID-19,” it would have been foolish for analysts to want to trade off Comirnaty revenues for those of Prevnar.

The analysts from Bernstein described themselves as “not as convinced on the COVID front” partly because the “COVID vaccine market can’t stay this high forever.” While I do have some sympathy with that view, vaccines are administered to healthy volunteers to prevent disease and, unlike antibodies that treat patients, vaccines will probably have better longevity. In addition, before the end of the week, Pfizer’s positive announcement on its antiviral Paxlovid (PF-07321332 and ritonavir) made those concerns on Pfizer’s “COVID front” outdated.

Pfizer reported its protease inhibitor Paxlovid showed an 89% risk reduction for hospitalization and death compared to placebo in interim results of a Phase II/III trial. The pharma now is seeking a quick EUA in the US.

In contrast to its analysts, investors overwhelmingly endorsed Pfizer’s earnings results. Its stock price traded up 3% in the pre-market and finished the day up just over 2% against the NYSE’s Arca Pharmaceutical Index’s close to flat same-day performance.

Reasons To Be Fearful Though

There is a school of thought amongst some fund managers that pandemic windfalls like Comirnaty will soon be exhausted and that the stock prices of the various pandemic beneficiaries currently overvalue the longevity of their coronavirus premiums. Moderna, Inc.’s third-quarter results announcement a few days after Pfizer’s more than hinted at just that sort of weakness, not just in its COVID-19 vaccine sales, but also in its pipeline. This fragility was also implied by the analyst commentary on Roche Holding AG’s third-quarter results, although with waning immunity and vaccine hold-outs, it is less relevant to the sales of effective vaccines or new direct-acting antivirals, respectively, than it may be to antibody treatments. While long-only portfolio managers might sell their Pfizer stock in response to these concerns, hedge fund managers (who are big clients of investment banks), would more aggressively sell the stock short. Indeed, this was a possible explanation for the 3% fall in Pfizer’s stock price on the opening of normal trading on the day of its results announcement, between the premarket and end-of-day upticks.

However, there is probably a more logical reason why analysts focused their critique of Pfizer on implied weaknesses in its core business. Most analysts work for investment banks and most investment banks make much of their money from mergers and acquisitions. While the banks’ analysts were trumpeting the weaknesses of Pfizer’s core business, the associates to their banker colleagues were likely preparing voluminous deal books which will attempt to persuade Pfizer’s management that as much of the profits from Comirnaty as possible should be burning holes in the pockets of bankers as transaction fees, and be used to buy their corporate clients’ stock as blindingly obvious targets for Pfizer to acquire.

While most of the analysts’ questions on Pfizer’s conference call addressed either the longevity of the Comirnaty franchise or Paxlovid, there were enough questions on how the Comirnaty revenue stream would eventually be replaced, the redeployment of capital and where Pfizer’s 6% long-term revenue growth was going to come from, for analysts to have left the transaction door open for their banker colleagues.

Social media commentators have had the same idea with what seems to be their favorite potential acquisition stock: Canada’s Aurinia Pharmaceuticals Inc. Aurinia reported its third-quarter financial results after Pfizer, and following weeks of speculation on its imminent acquisition firstly by Bristol Myers Squibb Company, then GlaxoSmithKline plc and most recently Pfizer. But in the cool light of day, it seems bizarre to contemplate that Pfizer – which has just reported nearly $13bn in sales from a product that was not approved a year ago – would want to pay significantly more than $4bn for a loss-making company with a single product in its second year on the market, that generated third-quarter revenues of less than $15m, and that missed analysts’ estimates of both revenue and EPS.

Par Steps In With Chantix Rival After Pfizer Recall