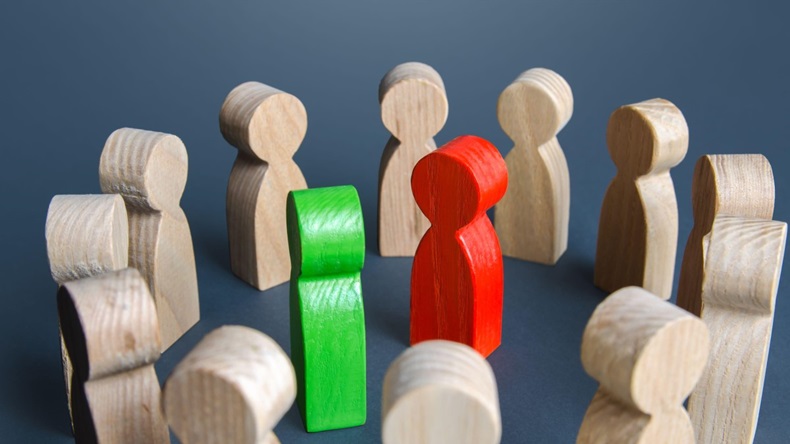 Biogen, Inc. CEO Michel Vounatsos walked back the company’s already low initial expectations for sales of the Alzheimer’s disease therapy Aduhelm (aducanumab) during a 9 September Morgan Stanley investor conference. The chief executive, along with Biogen’s US president Alisha Alaimo, outlined the company’s near-term priorities for improving patient access to the amyloid-clearing antibody, including plans to overcome doctors’ reluctance to prescribe Aduhelm, which is greater than the company anticipated.

“Though we knew breaking new ground would come with some debate, this has been more pervasive than we originally anticipated,” Alaimo said.

Biogen’s stock price fell 6.7% to close at $300.15 per share on 9 September after the Morgan Stanley presentation. The company’s share price has fallen 24.2% since the US Food and Drug Administration granted accelerated approval for Aduhelm based on the biologic’s ability to clear amyloid from the brain of Alzheimer’s patients and not based on the product’s ability to slow cognitive decline. Biogen is partnered on Aduhelm with Eisai Co., Ltd. (Also see "Biogen/Eisai Win On Aduhelm Approval Bet And Wager Next On Price" - Scrip, 7 Jun, 2021.)

After Biogen set a jaw-dropping list price of $56,000 per year, many health care providers and payers have put off decisions to prescribe Aduhelm and reimburse the drug until after the Centers for Medicare and Medicaid Services (CMS) issues a national coverage determination (NCD) for how it will pay for the product and other amyloid-directed Alzheimer’s therapies. A draft NCD is expected in January with a final NCD expected in April. (Also see "With Access Restricted, Aduhelm Appears Poised For A Slow Start" - Scrip, 15 Jul, 2021.)

Biogen Fires Back At Critics In Defense Of Aduhelm

Management tried to sidestep controversy around the approval of Aduhelm and said it remains confident the drug will be reimbursed.

Biogen has been open about the commercial challenges for Aduhelm to date, which include reimbursement for the drug and for testing to confirm the presence of amyloid plaques in patients’ brains as well as making sure neurologists and other health care providers have the capacity to treat patients with Aduhelm, which is administered intravenously. Vounatsos said when Biogen reported its second quarter earnings in July that uptake has been “a bit slower than what we assumed.”

He similarly told the Morgan Stanley audience that while physician and patient interest in Aduhelm is high, and while the mid- to long-term commercial opportunity is significant, “the launch in the US has been even more gradual than we initially expected.” Later, during the Q&A portion of the company’s presentation, Vounatsos said, “we are certainly revisiting our very low sales target that we had already for 2021.” Analyst consensus estimates for 2021 sales is about $70m.

Three Priorities For Boosting Aduhelm Use

To boost Aduhelm prescribing, Biogen is focused on three things:

Jefferies analyst Michael Yee said in a 9 September note that the persistent challenges in launching Aduhelm “is not a positive but not totally unexpected, and we agree it will take time” to generate significant sales.

“Our commercial market access and medical teams are working with an incredible sense of urgency to communicate our clinical data and, once it is published, will appropriately disseminate the manuscripts on our Phase III trials, which we believe will enable a data-centric conversation and better inform clinical practice,” Alaimo said.

She noted that some treatment sites are waiting to read the published data before they conduct Pharmacy and Therapeutics (P&T) committee reviews, while other sites are completing their P&T reviews ahead of the publication.

“However, after this decision we are seeing sites experience several operational issues that they need to work through before they can infuse their first patient, and though we did anticipate it would take time, operationalizing that patient journey care pathway is taking longer than we expected,” Alaimo said.

“We need to remember that for many of these dementia specialists and memory centers, while they do have an incredible amount of experience conducting clinical trials, this is the first time that they are triaging patient inquiries, creating draft protocols that have never existed before and establishing how, where and when they are performing the MRIs, the amyloid beta confirmation and their infusions,” she continued.

Learning how to buy-and-bill a product for the first time and establishing the reimbursement infrastructure is another challenge, she said. "Our local teams are working closely with sites across the country to help navigate these initial operational details,” she insisted.

The number of activated sites – treatment centers that have infused at least one patient with Aduhelm – has increased to about 50 sites. The number of cerebrospinal fluid (CSF) samples submitted to Biogen’s laboratory partners and the number of calls to the company’s patient services organization seeking help with payer coverage also are rising, Alaimo said.

RBC Capital Markets analyst Brian Abrahams said in a 9 September note that 50 treatment sites is “only a sliver of the 900 centers they expected would be ready to infuse shortly after [Aduhelm’s] approval, and a small percentage of the 325 sites they noted in July had positive (or no need for) P&T decisions.”

While several payers have decided to hold off on covering Aduhelm until after CMS issues its NCD, she noted that Medicare administrative contractors (MACs) and Medicare Advantage health care plans are reimbursing the drug’s cost for patients who are appropriate for treatment based on the Phase III studies’ patient population while awaiting more formal coverage decisions.

In addition, RBC’s Abrahams pointed out, CMS may disclose Medicare premiums in November, which could shed some light on the agency’s thinking about the NCD.

In the interim, Alaimo noted that “Humana, which is the second largest Medicare Advantage plan, recently confirmed publicly that they will cover the drug for commercial- and Medicare-insured patients who also meet this criteria.” And she said that Biogen is “not aware of any examples of outright denials from MACs or Medicare Advantage for patients who match the clinical trial entry criteria and if the [health care provider] offices provide the correct paperwork."

Competition May Be A Year Away

The accelerated approval of Aduhelm emboldened at least one other company to seek FDA clearance of an Alzheimer’s therapy based solely on its ability to clear amyloid from the brain. Aduhelm’s commercial challenges could increase next year if Eli Lilly and Company wins approval in the US for its amyloid-clearing antibody donanemab. Lilly plans to submit a biologic license application before the end of 2021, which could support approval in late 2022. (Also see "Lilly’s Donanemab Could Be A Near-Term Aduhelm Competitor" - Scrip, 24 Jun, 2021.)

Asked about pricing for donanemab, Ashkenazi said the drug will be priced commensurate with its value to the health care system and noted that part of its value is that it may only have to be given for a short amount of time to clear all amyloid plaques from Alzheimer’s patients’ brains.

In the Phase II study of donanemab, “we're able to achieve plaque clearance in 40% of the population within six months and that number increases in a year and 18 months significantly,” Ashkenazi noted.

“As a payer looks at this, as health care systems look at this, this has implication in terms of the overall cost burden to this whole health care system,” she said, noting that the Phase II dosing duration data were submitted to CMS to inform the agency’s NCD decision.

“The other element that we might be looking at … is linking price to value and we've talked about the fact that we are very much supportive of value-based agreements with payers in the US, primarily, where we link … to the outcome our drug provides in the real-world setting,” Ashkenazi said. “We've had good success with that to date and we believe that when we engage in these types of conversations, it shows that we as Lilly we stand behind our drugs and what is expected to deliver for patients, so that could play a role here as well.”

Also, in terms of providing quick access to donanemab, she noted that Lilly has experience helping health care providers rapidly make intravenous medicines available to patients via the launch of its antibody treatments for COVID-19.

Biogen Expects Confirmatory Aduhelm Data In 2026, But Is It Too Late?

With Access Restricted, Aduhelm Appears Poised For A Slow Start

Lilly’s Donanemab Could Be A Near-Term Aduhelm Competitor

Round Two: BioMarin Resubmits Hemophilia A Gene Therapy Roctavian In US