Jean-Paul Clozel, whose firm Actelion was bought by Johnson & Johnson for $30bn, is back with his new company and a new approach to help save the lives of heart attack patients. 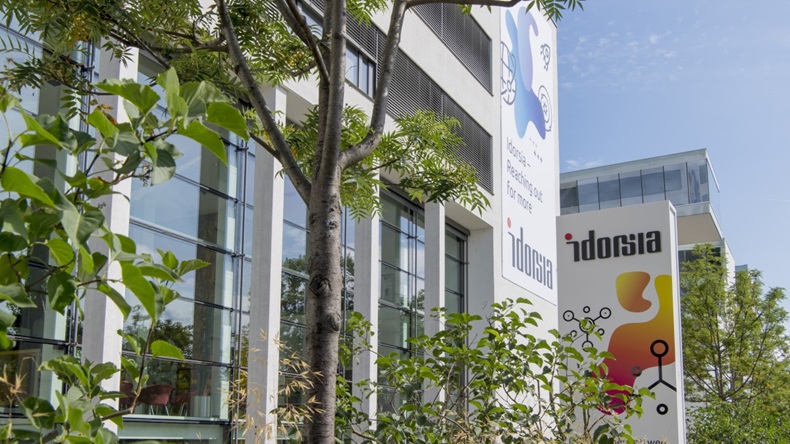 Source: Idorsia Idorsia is anticipating US FDA approval of its first candidate, insomnia drug daridorexant in 2022, with selatogrel among several late-stage assets.

Swiss biotech company Idorsia’s stated mission is to fulfil unmet patient needs with novel therapeutics that big pharma would never dream of attempting to develop, and its Phase III trial of candidate selatogrel certainly ticks both these boxes.

It is developing the fast-acting anti-platelet therapy for patients at high risk of a recurrent acute myocardial infarction (AMI), allowing them to self-administer the drug with an auto-injector when they suspect they are suffering a heart attack.

The promise of the self-administered clot-buster drug is that it could prevent irreversible – and often fatal – cardiovascular damage caused by blood clots in the crucial few hours after an AMI and before medical assistance arrives.

The study has been approved by the US Food and Drug Administration via a Special Protocol Assessment (SPA) and Idorsia’s research team believes the large trial size, long duration and thorough training of participants has laid the groundwork for a potential breakthrough. 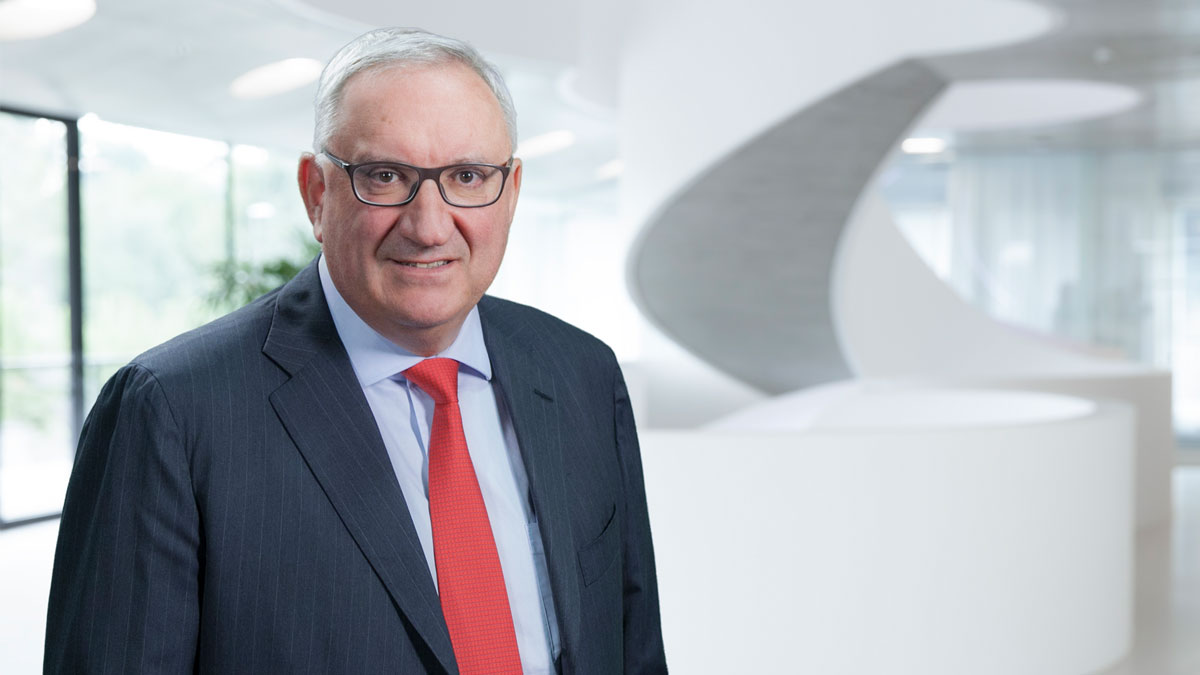 “If it works – and I think it should work – it is going to be a revolution because people who are at risk will carry such a [device].” Clozel told Scrip. “It is like emergency pens already available, but for the heart. So it could really be a transformation because there has never been a therapy for the first three to four hours post-AMI before.”

Selatogrel is a P2Y12 receptor antagonist, a well-established class that includes AstraZeneca’s current blockbuster, the twice-daily pill Brilinta (ticagrelor). But selatogrel’s rapid-onset and short half-life make it ideally suited to an injectable formulation.

The SOS-AMI study was launched on 14 August and aims to recruit approximately 14,000 patients in 30 countries who will be supplied with an auto-injector, containing either 16mg of selatogrel or a placebo liquid formulation.

Having received training beforehand in how to self-administer, spot symptoms and to call for assistance, participants will use the autoinjector when they experience “symptoms suggestive of an AMI.” The study also allows another person, such as a partner, close relative, friend, caregiver to give the injection in an emergency situation.

Analysts are not getting carried away by the potential of the drug therapy just yet, as the study will recruit people who have already suffered one heart attack or who have multiple morbidities – a a high-risk population, in whom identifying the impact of a new drug on top of existing therapies can be less than straightforward.

Acceptance of the auto-injector by a broad swathe of the target population – and whether they can successfully self-administer in an emergency – also remains an unknown. Research shows that while medical response times have been cut over the decades, patients themselves still wait three to four  hours before acting on their symptoms, a common hesitation which the patient training program will aim to overcome. (Also see "Crunch Time For Idorsia Insomnia Therapy As Reviews Begin" - Scrip, 11 Mar, 2021.)

There is a substantial market for the product, however: the US Centers for Disease Control and Prevention estimates that more than 800,000 people in the US suffer a heart attack every year, with the majority of cardiac deaths worldwide happening outside hospitals.

Encouraging signals on safety and efficacy come from preclinical and early clinical studies, including a trial of 47 patients admitted to hospital with heart attacks (a mix of the more serious ST segment elevation myocardial and less serious non-ST segment elevation MI), where selatogrel produced a rapid anti-clotting response in patients and with few adverse events and no major bleeding events.

But they key test is whether or not the autoinjector can help save lives, and that is what the Phase III study, which has begun recruitment in several sites across the US, aims to establish.

Its primary efficacy endpoint is death from any cause, or non-fatal AMI after any study treatment self-administration, and Idorsia expects to have a readout within two to three years.

While analyst expectations of selatogrel are tempered, investors are impressed with the pipeline of small-molecule drugs Idorsia has developed since it was established by Clozel in 2017, following the sale of Actelion, along with the rights to its blockbuster franchise in pulmonary arterial hypertension, to J&J for $30bn.

The deal allowed Clozel to retain the Actelion research team and its early-stage pipeline, and Idorsia has now filed the most advanced of these, insomnia treatment daridorexant, with the US FDA. Analysts predict that could reach yearly sales of more than $1bn, and another Phase III asset, aprocitentan for resistant hypertension, could exceed $2bn in peak annual revenues.

Clozel credits this promising pipeline of differentiated small-molecule candidates to a patient research mindset that is steeped in organic chemistry expertise, which he believes many big pharma companies have moved away from.

Selatogrel’s story has the hallmark of serendipity and repurposing distinctive of an earlier era of drug discovery. The company discovered it in search of an optimized P2Y12 inhibitor, but was at first disappointed by its short half-life and poor absorption. But rather than abandoning the molecule, Clozel asked his team what applications it might have, and cardiologist Sebastien Roux came up with the creative idea of an auto-injector for post-AMI patients.

“The drug needed an auto-injector but of course we didn't have an auto injector, so he came to me thinking I would never say ‘yes!’ It sounded like a crazy project, because nothing like that has been done before in cardiology.”

However, when the company approached the FDA, the agency was supportive of the trial concept. “They said there are so many Americans who live miles from the nearest clinics, in the middle of Oklahoma or Kansas, perhaps. If a farmer has an infarct, he might wait 12 hours to get treated. So the FDA was very helpful.” Idorsia then approached device specialist Antares Pharma who developed a user-friendly autoinjector, which administers a single dose from a prefilled syringe.

That initial regulatory dialogue was followed by the FDA designating the program fast-track status in December 2020, which could help speed the drug’s eventual review.

Having been a practising cardiologist before moving into pharma, Clozel knows first-hand about the risk of a recurrent heart attack, and the anxiety it can cause patients.

“They would always ask me, ‘Can I go on a cruise, or to the top of this mountain or take a long flight?’ It was very difficult for me to say yes, because if they had a new heart attack in those places, it would take four, five, six hours to get them treated in hospital, during which time they could die. So most of the time I had to tell them it wasn’t prudent.”

The autoinjector could help answer that problem, transforming AMI care similarly to how the EpiPen and other self-administration devices have revolutionized other therapy areas.

On top of his belief in the drug and its device, Clozel is also confident about Idorsia’s ability to commercialize the drug should it gain approval, and will not seek out a co-marketing partner.

“Bill Gates said that you always underestimate how difficult it is to deliver innovation. That’s true, but you also can also underestimate the impact of innovation,” added Clozel. “There are about a million patients who get an AMI every year in the US, and it might kill them, so why not carry something which can save their life, and which can be in the pocket, if it works? That’s why I think the market is huge.”

Can Basilea’s Antibiotic Succeed Where Others Have Failed?