The company insists it will reconsider the price of Aduhelm if the market turns out to be larger than Biogen anticipates, but big price reductions for branded drugs are rare. 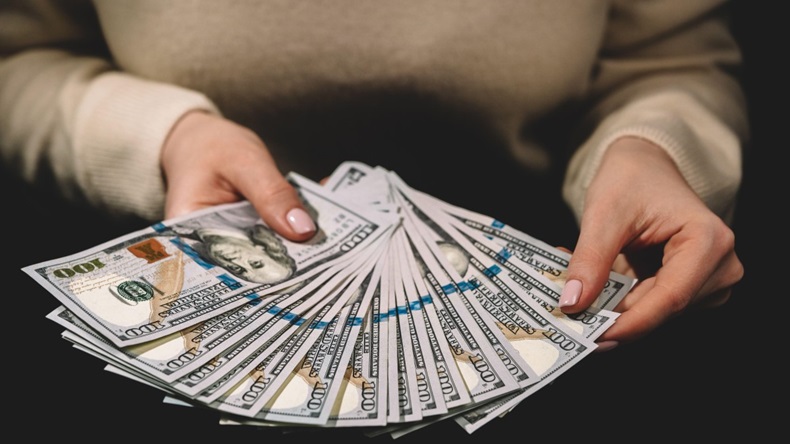 Biogen, Inc. has committed to reconsidering the price of Aduhelm (aducanumab-avwa) for Alzheimer's disease if the market for the treatment turns out to be substantially larger than the company's forecast – and the company is sure to be pushed for more detailed expectations on the launch trajectory when it reports second quarter sales and earnings on 22 July.

So far, Biogen has stressed a slow ramp. Head of value and access Chris Leibman said Biogen views the company's pricing strategy and the launch more generally as an "evolution," speaking during a recent policy roundtable sponsored by the Institute for Clinical and Economic Review (ICER) to discuss Aduhelm.

"We are the first treatment. We recognize that. We also are making a whole host of assumptions," he said, talking about the company's view of the likely eligible patient population for Aduhlem. "We are going to watch this very carefully and if we are fundamentally wrong and see numbers that are very different from what we described, we stand ready to work with the public, CMS certainly, and private payers to address both pricing, so we can achieve patient access, and also importantly sustainability."

"It is really important to understand this moment and what we see as an evolution hopefully over the next five to seven years," Leibman added.

Dramatic reductions to drug prices after a launch are extremely rare, though not unprecedented. Drug makers usually use rebates to offset the list price of drugs through negotiations with payers, though those price reductions don't usually trickle down to patients. Steep changes to list prices are unusual, partly because payers like getting a big rebate. In 2018/2019, Sanofi/Regeneron Pharmaceuticals, Inc. and Amgen, Inc. lowered the list prices of their respective PCSK9 inhibitors Praluent and Repatha by nearly 60% after the drugs failed for several years to overcome restrictions put in place by payers.  (Also see "Sanofi/Regeneron Cut Praluent List Price As PBMs Look To Maintain Rebate Status Quo" - Scrip, 12 Feb, 2019.)

In another example, Sanofi revised the price of the colorectal cancer drug Zaltrap (ziv-aflibercept) in 2012 after the $11,000 per month price tag, coupled with modest efficacy, drew backlash from physicians. Memorial Sloan Kettering Cancer Center decided not to administer Zaltrap and two of the respected cancer center's physicians wrote an editorial about the decision in The New York Times. (Also see "Role Of Cost And Evidence In Value-Based Purchasing Highlighted By Zaltrap Price Adjustment" - Pink Sheet, 24 Dec, 2012.)

Aduhelm has some parallels in that two high profile medical centers – Cleveland Clinic and Mount Sinai Health System in New York City – have announced they won't administer the drug, citing the uncertain clinical impact. But in the case of Zaltrap, another cheaper VEGF inhibitor was also available in the form of Avastin (bevacizumab).

Biogen's position when it comes to the pricing strategy is that the market for the treatment will be considerably smaller than what others expect. While Biogen estimates there are 1-2 million patients in the US with mild cognitive impairment that would likely be diagnosed with Alzheimer's, most of those patients aren't diagnosed and aren't under the care of a specialist. (Also see "With Aduhelm Out Of The Gate, Biogen Focuses On Clearing Commercial Bottlenecks" - Scrip, 8 Jun, 2021.)

Leibman argued that it is unfair to simply use the eligible patient population as the forecast for the market for a new drug when considering the introduction of a first of its kind infused biologic requiring a complex diagnostic work up.

"I know people love to grab the target population, but we've looked very carefully at a whole host of products that have launched in the last five to seven years," he said. Across novel biologic drugs in areas like oncology and immunology, he said the uptake rates from the potentially eligible population are often 10%-12%.

"Across a number of treatments for these types of programs, it's an average of 11%-16%," Leibman said.

Biogen finds itself in the complicated position of promoting Aduhelm as an innovative new breakthrough for people with early Alzheimer's and recharging its near-term financial outlook for investors, while also trying to mitigate the concerns of critics by essentially assuring them that not all patients who could benefit from the drug will use it.

More details could emerge about the launch expectations for Aduhelm when Biogen reports its second quarter financial results on 22 July, now that physicians and payers have had more time to digest the approval.

Management has guided investors to expect a slow roll out for the drug given the need to establish reimbursement policies and the challenge of diagnosing patients, but there have been developments since then. Some private payers and high-profile medical centers have released policies saying they will either not cover or administer Aduhelm, and the Centers for Medicare & Medicaid Services has announced that it will launch a National Coverage Determination analysis for Aduhelm, all topics management may shed more light on during the earnings call. (Also see "Medicare Coverage Analysis Of Alzheimer’s Drugs Begins With Focus On Outcomes, Patient Eligibility" - Pink Sheet, 13 Jul, 2021.)

Another question is if Biogen might revise its financial forecast now that Aduhelm has been approved. Biogen's current 2021 financial outlook already assumed the approval and launch of Aduhelm, however. The company's revenue guidance of $10.4bn-$10.75bn is considerably lower than the $13.45bn Biogen generated in 2020, as the company navigates the loss of Tecfidera (dimethyl fumarate) to generics.

Analysts expect Aduhelm to become a $10bn-plus seller, but how quickly the sales will ramp up remains quite uncertain given some of the commercial challenges.

"For now, Biogen has the market to itself. It also has a lot of heavy lifting ahead of it, as it addresses issues like diagnostic bottlenecks and physician education," Wolfe research analyst Tim Anderson said in a 9 July research note, revising financial forecasts for several drug makers to include Alzheimer's revenues for the first time.

"How fast these hurdles are crossed will gate how quickly patients can begin to receive therapy – the rate of initial uptake of Aduhelm remains very difficult to know at the moment," he said. "Later entrant products will benefit from all of Biogen's hard work."

Anderson forecasts sales of Aduhelm reaching $4.3bn in 2022 and peaking at $10.68bn in 2024, benefiting from a bolus of Alzheimer's patients on the market but declining as new competition from Eli Lilly & Co. and Roche enters the market.

Podcast: What's Ahead For Aduhelm's Launch And Reimbursement

Podcast: What's Ahead For Aduhelm's Launch And Reimbursement

With Aduhelm Out Of The Gate, Biogen Focuses On Clearing Commercial Bottlenecks

European Pharma 2023: A Rocky Year For Roche But Novo Is Rising Fast