IPO Update: Booming Biopharma On Pace For Another Record Year

62 Drug Developers Went Public In First Half Of 2021

Only 25 more initial public offerings are needed for 2021 to beat 2020’s record-breaking 86 IPOs. However, the average return for this year’s offerings is just 1.1% as of 1 July versus 11% at the end of the first quarter. 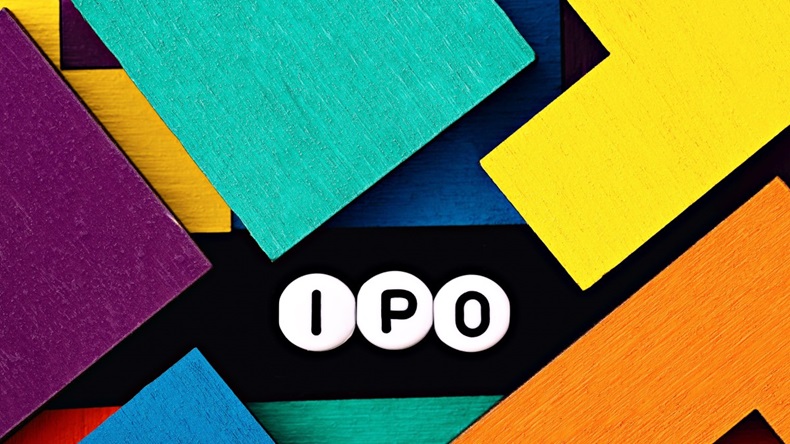 With 62 biopharmaceutical company initial public offerings in the US during the first half of 2021, this year is on track to beat 2020’s record-setting total of 86 drug developer IPOs. If drug developer valuations, which took a hit earlier this year, continue to improve during the second half, 2021 could outpace 2020 before the end of the third quarter, given the current pace of first-time offerings – 31 per quarter versus last year’s pace of 21 IPOs per quarter.

Stock price volatility between February and May hit newly public biopharma companies hard – 35 of the firms that launched IPOs during the first half of 2021 were trading in negative territory as of 1 July. However, the 27 drug developers that started the second half in positive territory kept the average return from turning negative. The IPO class of 2021 delivered an average return of 1.1% as of 1 July, down from the average return of 11% for the 32 companies that went public during the first quarter. (Also see "IPO Update: What A Difference A (Pandemic) Year Makes" - Scrip, 1 Apr, 2021.)

The five companies with the highest returns versus their IPO prices are:

Nineteen companies that went public in the second quarter started Q3 with a positive return versus their IPO prices, while only eight companies that launched first-time offerings in Q1 were in the black as of 1 July as a result of value fluctuations that occurred before big biopharma news events in June. (See table below for individual company performance.)

Intellia’s stock price is up 93.2% at $171.65 since the company and its partner Regeneron Pharmaceuticals, Inc. announced positive results from the first few patients with hereditary transthyretin amyloidosis with polyneuropathy treated with NTLA-2001. Gene-editing peers Editas Medicine’s stock price is up 35% at $56.52 as of 1 July and CRISPR Therapeutics AG’s stock is up 9.9% at $156.64 during the same period as Intellia’s recent rise.

More broadly, the Nasdaq Biotechnology Index (NBI), which was down more than 3% from the end of 2020 at various points in March, April and May, is now up 9.4% year-to-date as of 1 July.

The last two biopharma companies to go public in the US during the first half of 2021 – Aerovate Therapeutics, Inc on 29 June and Acumen Pharmaceuticals, Inc. on 30 June – are trading 38.6% and 25.6% above their IPO prices as of 1 July.

Charlottesville, VA-based Acumen grossed $160m from the sale of 10 million shares at $16 each, selling more shares than planned six days earlier when it proposed an offering of 8.33 million shares at $14 to $16 each. The company’s IPO proceeds will fund ongoing clinical development of lead product candidate ACU193, an antibody targeting amyloid-beta oligomers for the treatment of Alzheimer’s disease. (Also see "Finance Watch: Five Biopharma IPOs Bring US Total To 60 In 2021" - Scrip, 29 Jun, 2021.)

Aerovate’s IPO will fund clinical development of AV-101, a dry powder aerosol version of Novartis AG’s kinase inhibitor Gleevec (imatinib), for pulmonary arterial hypertension. The Boston-based company grossed $121.5m from the sale of 8.68 million shares at $14 each. Its offering priced in the middle of a proposed $13 to $15 range but Aerovate increased the IPO from a planned 7.15 million shares.

The five largest first-time offerings during the first half of 2021 were completed by:

The IPO-tracking firm Renaissance Capital said in its second quarter report that there were 113 first-time offerings totaling $39.9bn across industries. Even with the report’s 25 June cutoff – which missed the Acumen and Aerovate IPOs, as well as a few others outside of biopharma – the April-to-June period was the most active quarter in terms of the number of IPOs in the US in more than two decades. The three-month fundraising total also represented the highest amount ever raised in US IPOs during the second quarter of any year on record.

Renaissance calculated that as of 25 June the average return for the 38 health care companies that went public during the second quarter was 18.9% – this figure includes biopharma firms as well as medical device makers and health service providers.

Rising valuations for newly public companies across industries and record numbers of new filings with the US Securities and Exchange Commission by firms that intend to go public this year should keep new IPO launches at a high level during the second half of 2021, Renaissance predicted.

“With IPO totals continuing to hit post-2000 records, droves of companies are preparing for IPOs,” the firm said in its second quarter report. “While IPO issuance may or may not reach the same levels that it did in the first half, we expect the third quarter will cement 2021 as a year for the books.”

Special purpose acquisition corporations (SPACs) also continue to offer companies a route to the stock market rather than an IPO. Unprecedented numbers of SPACs have gone public in the US this year with the sole intention of merging with another company.

IPO Year In Review: Record-Year Bodes Well For 2021, And For More SPACs

Biopharma was an attractive investment in 2020 and fundamentals are unchanged in 2021, including the pandemic’s work-at-home requirements, which allowed more companies to go public faster.

Several drug developers have announced plans in 2021 to merge with a SPAC, including SPACs specifically targeting biopharma companies and SPACs that are willing to take companies public regardless of the industry. The largest such deal so far this year was announced on 3 May by Roivant Sciences, which will merge with the SPAC Montes Archimedes Acquisition Corp., which went public in October with the intention of combining with a biopharma or other health care company. (Also see "Finance Watch: Roivant To Go Public In SPAC Merger, Raise $611m" - Scrip, 3 May, 2021.)

Social Capital, a Silicon Valley-based technology holding company that invests in companies working on “solving the world’s hardest problems,” and the investment firm Suvretta, which invests for the long term in public companies and has a separate strategy focused on health care, took four SPACs public on 30 June that could raise more than $1bn combined to merge with biotech companies.

Each SPAC sold 22 million Class A ordinary shares at $10 per share, raising $220m each, but the offerings could gross at much as $253m if each SPAC sells 3.3 million additional shares set aside for overallotments. Among the four new SPACs:

Finance Watch: Five Biopharma IPOs Bring US Total To 60 In 2021

IPO Update: What A Difference A (Pandemic) Year Makes