ASCO Data Position Contenders In Battle Of The SERDs

With at least two potential candidates being touted as potential best-in-class by their sponsors, the oral SERD market is shaping up to be highly competitive. Sanofi has taken an early lead in expanding the scope of its Phase III breast cancer program. 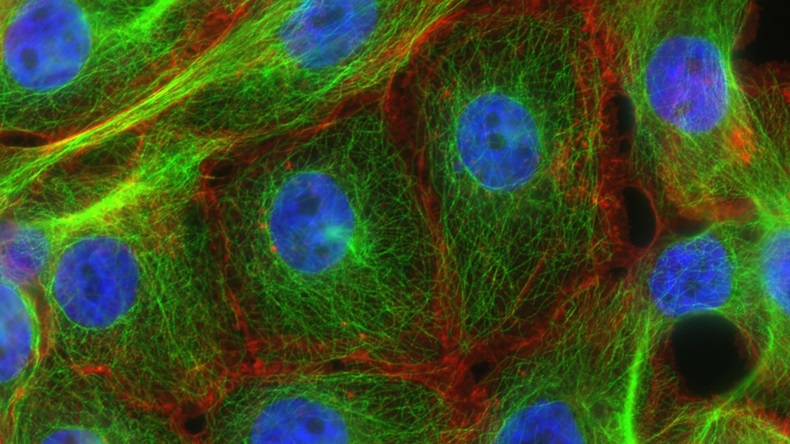 Sanofi is ploughing ahead with a broad Phase III development program for its oral SERD (selective estrogen receptor degrader) candidate amcenestrant ahead of a key first Phase III readout this year, while the firm and its closest rivals released more early clinical data at the recent American Society of Clinical Oncology meeting (ASCO) that give hints at the marketing contest to come.

Sanofi’s amcenestrant is the most advanced of the oral SERD candidates and the French major is expanding its development program for the product into earlier treatment stages on the back of the new data in advanced breast cancer.

Other candidates include Roche Holding AG’s giredestrant and G1 Therapeutics Inc.’s rintodestrant, which both also reported data at ASCO, as well as AstraZeneca PLC’s camizestrant and Menarini Group’s elacestrant (licensed from Radius Health, Inc.), plus a raft of others in mid-to-late stage development (see table).

SERDs work by antagonizing and degrading the estrogen receptor to inhibit its signaling pathway. The oral products are being developed to improve upon the older SERD fulvestrant (AstraZeneca’s Faslodex and generics), which is administered as two intramuscular injections a month. They are expected to significantly expand use of the drug class in estrogen receptor-positive (ER+), human epidermal growth factor receptor 2-negative (HER2−) breast cancer – analysts at Jefferies estimate that the market opportunity could be at least $7-8bn.

With this level of competition, close attention is being paid to their respective safety and efficacy profiles in an attempt to tease out the potential leaders from the also-rans. Important factors for safety include cardiovascular and ocular side effects and for efficacy, and the drugs’ effects in tumors harboring variants in the ESR1 gene that codes for the estrogen receptor (such variants are known to affect breast cancer severity and resistance to hormone therapy).

Sanofi outlined its confidence in amcenestrant to analysts at the firm’s ASCO event on 4 June, when it announced an expansion of Phase III plans for the product. Sanofi believes it could provide a new mainstay therapy for advanced patients and those at earlier stages of the disease.

Amcenestrant’s global project head Chris Soria told analysts: “We are working to strategically generate both monotherapy and combination data so that as a potential endocrine backbone, physicians may in the future have data available to use amcenestrant across multiple lines of therapy, and in combination with multiple targeted agents.”

Next Generation SERDs Progress In Breast Cancer; Standing Out In The Crowd Won't Be Easy

The class is poised to be a competitive one with Sanofi, AstraZeneca, Roche and Zentalis among the contenders developing new selective estrogen receptor degraders for HER2-negative breast cancer.

At ASCO, Sanofi reported updated results from its Phase I/II AMEERA-1 study of amcenestrant  as the firm awaits the first readout due in the second half from the pivotal Phase III AMEERA-3 study of the SERD versus physician’s choice in locally advanced or metastatic ER+ breast cancer.

Sanofi has already moved quickly into earlier lines of treatment, initiating late last year the Phase III AMEERA-5 study of amcenestrant plus palbociclib versus the older AI letrozole plus palbociclib in first-line patients with metastatic disease.

And now it has announced a “fast, first step into the adjuvant setting” with a further Phase III trial to start later this year. The AMEERA-6 monotherapy study will test amcenestrant versus tamoxifen in a high-risk adjuvant population unable to tolerate aromatase inhibitor therapy.

“Our ambition is to be the first best-in-class endocrine backbone agent, able to serve patients across all lines of therapy, able to be combined with multiple targeted agents,” Soria said. “While we're still somewhat early in our development journey, we see today best-in-class combination data with a best-in-class safety and tolerability profile.”

The new data from AMEERA-1 showed improved responses for amcenestrant in combination with palbociclib in ER+/HER2- breast cancer patients from the previous data cut and a manageable safety profile.

The pooled analysis includes the dose-escalation and expansion cohorts (parts C and D of the study) and showed a strong objective response rate (ORR) of 34% (all partial responses) and a clinical benefit rate (CBR) of 74% for the combination.

This compares well to the ORR for palbociclib and fulvestrant in the Phase III PALOMA-3 study in a similar patient population, where the combination achieved a numerical ORR of 10.4% in the ITT population.

SVB Leerink analysts said the data demonstrated a safe and tolerable profile without the cardiac and ocular side effects experienced with competing oral SERDs: there were no safety findings of bradycardia, QTC prolongation or ocular toxicity. “The data are still early, from a small number of patients with varying lines of prior therapy, but this early look is encouraging.”

One question though is the product’s efficacy in patients with ESR1 mutations, and the early data here are reassuring. Analysts at Jefferies noted that exploratory analysis from AMEERA-1 in heavily pretreated patients showed that amcenestrant elicited clinical benefit that was similar in both the ESR1 wild-type and ESR1-mutant populations at 36.7% and 32.1%, respectively.

ESR1 mutations are rarely seen in primary tumors but are relatively common (10–50%) in metastatic, endocrine therapy-resistant cancers and are associated with a shorter progression-free survival.

Jefferies noted that no details have been given as to the proportion of patients with ESR1 mutations enrolled into AMEERA-3.

The amcenestrant results also compare well with G1 Therapeutics’ rival investigational oral SERD rintodestrant, which demonstrated an ORR of only 5% in a similar patient population in its Phase I results presented at ASCO.

This product is still in Phase II but the updated Phase I data presented at ASCO showed moderate efficacy when used in combination with Ibrance, said analysts at Biomedtracker. According to the abstract, only 5% (n=2) of patients had a confirmed partial response and 68% had stable disease. “This pales in comparison to  amcenestrant which achieved an ORR of 34% in a similar patient population.” the analysts said.

In rintodestrant’s favor, however, is its tolerability profile and this may possibly differentiate it from the other oral SERDs, the analysts added. Only 8% of patients experienced a rintodestrant-related AE, all low grade, noting that the remaining side effect profile of neutropenia, leukopenia, anemia and thrombocytopenia are all hallmarks of Ibrance treatment and similar to historical rates for Ibrance administration.

G1 Therapeutics emphasized that the effect seen included patients with tumors harboring ESR1 variants. The company is focusing on its lead candidate, the Phase III CDK4/6 inhibitor trilaciclib and aims to license out the SERD.

More immediate competition to Sanofi’s amcenestrant is likely to come from Roche’s giredestrant, which its chief medical officer and head of global product development Levi Garraway told analysts could also be best in class.

“Our oral SERD giredestrant has best in class potential for several reasons,” Garraway claimed on a 8 June briefing. “Its mechanism of action, in addition to the well-known degrader activity, involves nuclear immobilization and hence, there's a suppression of the oncogenic transcriptional output that comes from estrogen receptor signaling. That combined mechanism we think will be important given the importance of both ligand-driven and ligand-independent signaling in breast cancer.”

In the data presented at ASCO from its Phase Ia/Ib study of the drug in advanced HR+/HER2- breast cancer patients, the PFS seen for the 30mg dose of single-agent giredestrant was 7.2 months, with a CBR of 48% at six months.

Furthermore, analysts at Biomedtracker said the product’s tolerability profile appeared much improved over amcenestrant and similar to rintodestrant based on data releases at ASCO, and the results boded well for the ongoing Phase II acelERA trial against physician’s choice of endocrine therapy in advanced HR+/HER2- patients that have progressed on endocrine therapy, as well as the Phase III persevERA in combination with Ibrance against Ibrance and letrozole in a similar patient population.

Garraway said that robust responses were seen in patients with ESR1 mutations and also in patients already treated with CDK inhibitors. “We have a single dose with robust efficacy and really every bit as good if not better than competitor SERDs.”

Roche has experienced previous disappointment in this field when the two SERDS that came with its ill-fated $725m acquisition of Seragon Pharmaceuticals in 2014 were discontinued a couple of years ago.  (Also see "Roche Pharma Chief Picks Out Pearls in Cancer Pipeline" - Scrip, 16 Sep, 2020.)