The first disease modifying drug for Alzheimer's disease will be priced at a $56,000 a year for an average weight patient, setting the drug up to be a mega blockbuster if Biogen can get it reimbursed. 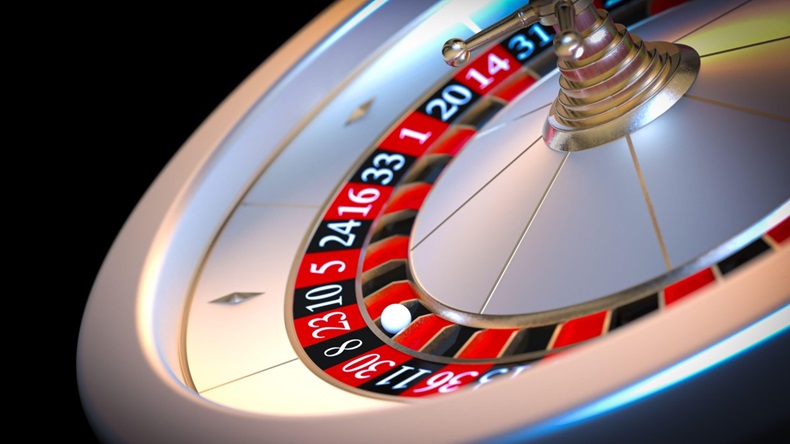 Source: Alamy Biogen's big bet on aducanumab made it across the finish line

Biogen, Inc. and Eisai Co., Ltd. won a groundbreaking approval for Aduhelm (aducanumab) as the first disease-modifying drug for Alzheimer's disease, and now attention turns to the commercial ramp. The big question is if the companies can convince patients, physicians and payers that the uncertain efficacy of the drug justifies the price Biogen has set.

Aduhelm was granted an accelerated approval by the US Food and Drug Administration on 7 June in a controversial decision that had Alzheimer's patient advocates, investors and the biopharma community riveted. In recognition of the limited clinical trial data supporting the approval, FDA agreed only to an accelerated approval and said it would require a confirmatory trial to prove efficacy or else it will pull the drug from the market – but getting that information will take years. (Also see "Aducanumab Accelerated Approval Reflects US FDA Flexibility But Raises Doubts About Confirmatory Trial" - Pink Sheet, 7 Jun, 2021.)

Biogen did not waiver on pricing, setting a premium price well outside the bounds recommended by the independent drug pricing watchdog the Institute for Clinical and Economic Review (ICER) and even beyond most analyst expectations. (Also see "ICER Suggests Price Of $2,500-$8,300 For Biogen’s Aducanumab" - Scrip, 6 May, 2021.)

The wholesale acquisition cost (WAC) of Aduhelm will be $4,312 per infusion for an average weight patient in the US with mild cognitive impairment or mild dementia, putting the yearly cost of the maintenance dose at about $56,000. Biogen vowed not to raise the price of the Aduhelm for at least four years.

ICER's evaluation of aducanumab found the price of the drug would be cost effective at $2,500-$8,300 per year, or if disregarding the negative clinical trial and taking into account only the positive clinical trial, $11,100-$23,100.  (Also see "Is Aducanumab In Alzheimer’s A Candidate For Medicare ‘Coverage With Evidence Development’?" - Pink Sheet, 6 May, 2021.) Some industry analysts had speculated the price could be $35,000 per year, in line with the price of successful launches of inflammatory disease drugs, and some even suggested a price as high as $50,000.

"Price and access are sensitive matters for all groundbreaking innovations," CEO Michel Vounatsos said in a letter to the public about the approval. "We have engaged extensively with health economists, public health experts and payers about Aduhelm – and we have examined other recent biologic innovations."

A Tightrope For Payers To Walk

It remains to be seen how payers will react to reimbursing Aduhelm, given the widespread nature of the devastating disease on the one hand and the limited efficacy data supporting its approval on the other. The FDA approval is also for a broad indication – simply for the treatment of Alzheimer's disease, which means the drug could be used widely, even though the clinical trial was conducted in early Alzheimer's patients. The indication section of the labeling points out that the approval is based on reduction in amyloid-beta plaques observed in patients, not a clinical improvement, in line with the agency’s approach on accelerated approvals.

Patient Support May Have Helped Push Aduhelm Toward Approval

The Ups And Downs Of Aducanumab’s Rollercoaster Development Program

US FDA’s Most Controversial Drug Approval Decisions, From A To Z

Prior experience has shown that expensive specialty drugs targeted to disease areas with large patient populations will draw the ire of payers, but in this instance, with no disease-modifying treatments available, advocacy organizations are already pushing to see the drug reimbursed.

Gilead Sciences, Inc.'s launch of Sovaldi (sofosbuvir) for hepatitis C in 2013 at a WAC price of $84,000 annually is one example of a drug that drew attention because of its impact on health care spending budgets. Though the drug went on to be a commercial star and was considered a viable cure for hepatitis C, the price drew backlash from the public and sparked Congressional inquiries into drug pricing. The launch of the PCSK9 inhibitors for high cholesterol at a WAC price of around $14,000 a year is another example, though in this case payers successfully galvanized against the products, restricting their use and ultimately succeeding at keeping the drugs as niche products. (Also see "10 Drug Launch Flops Of The Decade " - Scrip, 8 Jan, 2020.)

Biogen said it has been working closely with payers to prepare them for the launch of Aduhelm and that the company has already entered into a value-based contract arrangement with the insurer Cigna Corp. to ensure "there is a streamlined path to access treatment for patients."

No details about the value-based arrangement were available or what type of discount Biogen might offer off of the list price, but Cigna chief clinical officer Steve Miller, in a statement, said, "Given the known infrastructure challenges in the US, we are working to ensure that the patients who will benefit most from this new treatment have a clear path to access it."

That sounds like a more promising reimbursement outlook for Aduhelm from at least one large payer, but other payers reacted less positively.

"Given that many thought that this drug should not have been approved and that the ICER benchmark is between $2,500 and $8,300 per year with what they viewed as 'insufficient' evidence, I am quite astonished."

The broad label and high price will translate into a multibillion-dollar budget impact if Aduhelm is widely prescribed, he said, noting “the impact on health care affordability will need to be factored into any debate."

The main payer with be the Centers for Medicare and Medicaid Services (CMS), as the bulk of patients with Alzheimer's disease are seniors. There has been some speculation that CMS could issue a National Coverage Determination for the drug, requiring Biogen and Eisai to collect clinical data on the use and effectiveness of aducanumab in Alzheimer's as a condition of coverage. (Also see "Is Aducanumab In Alzheimer’s A Candidate For Medicare ‘Coverage With Evidence Development’?" - Pink Sheet, 6 May, 2021.)

ICER reacted to the approval and pricing announcement by pointing out that Biogen's pricing for Aduhelm far exceeds the group's most optimistic scenario. "Only a hypothetical drug that halts dementia entirely would merit this pricing level," ICER said in a statement.

"Even at the lower range of the estimated number of eligible patients, at this price the drug maker would stand to receive well in excess of $50bn per year even while waiting for evidence to confirm that patients receive actual benefits from treatments," ICER said. The organization plans to hold a public meeting on 15 July to discuss outstanding questions with stakeholders, including how patients will be diagnosed and screened for side effects, how insurers will cover the drug and how the confirmatory trial will be designed.

Biogen Took A Risk; Now It Will Get The Reward

Biogen deserves credit for persevering in the effort to bring the first amyloid-beta plaque-clearing antibody to market where many other rivals have tried and failed. The effort came with a fair amount of public backlash as well from medical experts and industry observers who questioned the company's motives given the limited data supporting the drug's efficacy. The FDA’s own advisory committee recommended against approval due to a lack of evidence of efficacy. (Also see "Aducanumab Panel Pushes Back On Rosy FDA Outlook, Could Derail A Swift Approval" - Scrip, 7 Nov, 2020.)

The approval could pave the way for other drugs in development to reach the market – later-stage amyloid-targeting therapies like Roche Holding AG's gantenerumab and Eli Lilly and Company's donanemab. Patient advocacy organizations were largely enthusiastic about the historic milestone.

For Biogen, the new commercial opportunity will dramatically reshape the company, which was staring down an ultra-challenging year had the decision gone a different way. The company's 2021 revenue guidance of $10.45bn-$10.75bn includes a 20%-22% decline over 2020 revenues – even including the launch of aducanumab. Biogen lost considerable revenue from its top-selling multiple sclerosis pill Tecfidera (dimethyl fumarate) to generic competition last year, a blow that would have been hard to recover from without the aducanumab approval. (Also see "Biogen ‘Ready To Launch’ Aducanumab If It Gets The Chance" - Scrip, 22 Apr, 2021.)

Trading of Biogen’s stock was halted for several hours on 7 June as the news was digested by the investment community and spiked upon resuming trading. The stock price closed the day at $385.85, 38% higher than the closing price on 4 June.

The company has warned investors that the initial launch could be slow as reimbursement policies are sorted out and because of logistical considerations related to treatment, including PET scans and administration via one-hour infusions every four weeks.

Wolfe research analyst Tim Anderson, in a same-day note, said the commercial opportunity is on par with the experience seen in immuno-oncology. The category could be a $25bn global opportunity that peaks within a handful of years of launch, he said. Given the bolus of patients anxious for a new treatment option, he said aducanumab could peak at $17bn in revenues in 2024, before beginning to decline in 2025 because of new entrants.

Is Aducanumab In Alzheimer’s A Candidate For Medicare ‘Coverage With Evidence Development’?

Biogen ‘Ready To Launch’ Aducanumab If It Gets The Chance

Aducanumab Panel Pushes Back On Rosy FDA Outlook, Could Derail A Swift Approval

10 Drug Launch Flops Of The Decade