The data illustrate the growing importance of adjuvant settings of solid tumors for PD-1/PD-L1 inhibitors, which could make up more than one-quarter of their sales in 2025. 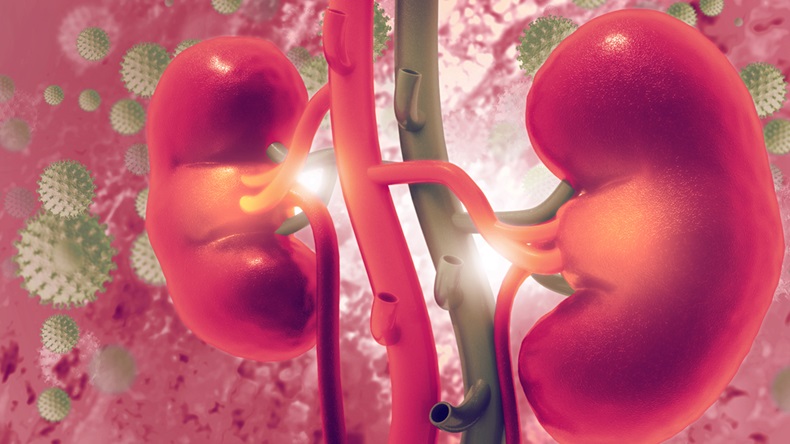 The KEYNOTE-564 study supporting use of Merck & Co., Inc.’s Keytruda (pembrolizumab) in adjuvant renal cell carcinoma (RCC), and likely another first-to-market advantage for the PD-1 inhibitor, is an important advance as checkpoint inhibitor immuno-oncology shifts to earlier use in adjuvant settings in various cancers.

The Kenilworth, NJ-based drug maker presented positive data from the Phase III KEYNOTE-564 study comparing Keytruda with placebo in adjuvant RCC at the 6 June plenary session of the American Society of Clinical Oncology annual meeting, following an earlier topline release noting that the trial showed a disease-free survival benefit. (Also see "Merck & Co.’s Keytruda Stakes Another Adjuvant Flag, In RCC" - Scrip, 8 Apr, 2021.) Consequently, the KEYNOTE-564 results have become one of the most closely watched presentations at the ASCO conference. (Also see "Five Late-Breakers To Watch For At ASCO 2021" - Scrip, 20 May, 2021.)

“I think one of the key themes that we see at this ASCO is moving IO therapy into earlier treatment settings,” Merck therapeutic head for late-stage oncology clinical development Scot Ebbinghaus told Scrip. “I think this is kind of a year for adjuvant therapy findings.”

Data Expected To Be Practice-Changing

With a median follow-up of 24.1 months, data from the study showed that disease-free survival (DFS) at two years was 77.3% among patients receiving Keytruda and 68.1% with placebo, while median DFS was not reached. Based on a hazard ratio of 0.68, the risk of disease recurrence or death was reduced by 32%.

“Most of the time, you identify renal cell at a stage where it can be surgically excised, but half of patients who undergo surgical excision eventually experience recurrence of their disease,” Ebbinghaus said, noting in particular the approximately one-third risk reduction that the study showed, as well as a safety profile consistent with prior studies of the drug. “I think that’s really the key takeaway.”

On the secondary endpoint of overall survival (OS), for which the median was also not reached, a hazard ratio of 0.54 indicated a 46% reduction in the risk of death. However, Ebbinghaus cautioned against reading too much into those data.

“I just want to really caution against overinterpreting early survival data from a trial like this,” he said. “It’s in the right direction, which is good, but we’re pretty hesitant to put much significance in that at this point because the number of overall survival events is quite small.”

At the 6 June plenary session of ASCO, researchers expressed excitement about the data.

“So are the results of KEYNOTE-564 practice-changing? I would argue that yes, they are in fact practice-changing,” discussant Rana McKay, an oncologist at the University of California San Diego, said. “The data represent a paradigm shift as the first positive Phase III study of adjuvant immunotherapy in RCC.”

In a 24 May note, SVB Leerink analyst Jonathan Chang had said the KEYNOTE-564 data were “eagerly awaited” and expected to be “practice changing.” Pfizer Inc.’s Sutent (sunitinib) is the only drug approved for the adjuvant RCC setting. The analyst cited key opinion leaders as saying that a DFS improvement of at least eight months over placebo would be compelling to support Keytruda’s use in high-risk clear cell RCC after resection, even before the OS data read out.

Lackluster overall results from Sutent and decline in quality of life among patients due to high rates of toxicity are a major reason why KEYNOTE-564 used placebo in the control arm instead of that drug.

“I think there’s clear consensus within the community that that’s not really an appropriate control arm for adjuvant trials moving forward,” McKay said.

Dana-Farber oncologist and presenter Toni Choueiri concurred: “If you’ve seen all the ongoing studies that either finished accrual or [are] ongoing, the control arm is observation or placebo,” he said. “So that tells you something about as a community how we converged in not accepting sunitinib as a control arm.”

Although the company said it looks forward to taking the KEYNOYE-564 data to regulators, Ebbinghaus declined to provide a timeline for when that would happen. However, he hinted at the company being confident of its success with the US Food and Drug Administration and European Medicines Agency.

“I think it’s at this point a matter of getting the data in front of them and they, as they are supposed to do, will kick the tires and review the data for any weaknesses, and we’ll be happy to respond to any questions that the agency might have about it during the process,” he said. “But I think a large positive Phase III trial like this, it’s a matter of submission and review.”

When, or if, regulatory agencies approve Keytruda for adjuvant RCC, it will represent a significant market opportunity.

In an 8 April note, Cowen analyst Steve Scala had estimated the value at more than $1bn, even when heavily risk-adjusted. Granted, he said, Merck has potential competitors in the adjuvant RCC space coming up behind it in the form of Roche Holding AG’s PD-L1 inhibitor Tecentriq (atezolizumab), Bristol Myers Squibb Company’s PD-1 inhibitor Opdivo (nivolumab) and AstraZeneca PLC’s PD-L1 inhibitor Imfinzi (durvalumab). However, he noted, trials for those drugs will not complete until 2022, 2023 and 2024, respectively. And already, the clinical impact from KEYNOTE-564 was expected to be significant.

“This potential, combined with what now appears to be a significant first mover advantage … give Merck a meaningful tailwind in an important indication,” Scala said.

Overall, with expectations that it will reach peak sales of $25bn, Keytruda will become even more central to Merck’s growth following the completion of its spinoff of Organon – which will focus on women’s health, established products and biosimilars – Morningstar analyst Damien Conover said in a 3 June note. (Also see "Organon Is Serious About Building A Women's Health Company, Deal By Deal" - Scrip, 3 Jun, 2021.)

Over the years concern has risen among investors about Merck growing increasingly dependent on Keytruda. But in a 3 June note, SVB Leerink’s Daina Graybosch said the company’s share prices undervalue the growth potential of the company.

Cowen’s Scala agrees that there is a path to even more growth, and adjuvant use is key. “Especially as the PD-(L)1 market becomes crowded with more, potentially lower cost, competitors, Keytruda is increasingly reliant on adjuvant/neoadjuvant approvals for growth,” Scala said, calling adjuvant RCC “exactly the type of addition to Keytruda’s label that could spur continued growth” and “one of several must-wins for continued growth.”

A potential limitation is that KEYNOTE-564 only enrolled patients with clear cell RCC, who represent about 70% of RCC cases overall. However, Choueiri cited an investigator-sponsored study at Dana-Farber that found Keytruda was also effective in non-clear cell patients, albeit less so. “I would see what the community would do, but I wouldn’t be surprised if this extends to some of the histologies that respond to immune checkpoint inhibitors in the metastatic setting,” he said.

Indeed, the attention to the KEYNOTE-564 results illustrate how adjuvant and neoadjuvant settings of various solid tumors are increasingly important to manufacturers of PD-1 and PD-L1 inhibitors. Scala estimated that in 2025, those settings, across tumor types and checkpoint inhibitors, will comprise about 27% of total sales.

“We do have actually quite a large portfolio of ongoing studies that are in the adjuvant setting,” Ebbinghaus said. “We thought early on that this would be a place where the anti-PD-1s would play an important role, and we were certainly encouraged by our initial data from KEYNOTE-054 in melanoma.”

Based on a company estimate, Ebbinghaus said Merck has “somewhere north of 19,000 patients” who will be enrolled in the company’s ongoing adjuvant trials of Keytruda, representing about 20 pivotal trials.

Those include KEYNOTE-522, in neoadjuvant and adjuvant triple-negative breast cancer; the company announced statistically significant event-free survival (EFS) data on 13 May that it hopes will earn FDA approval for Keytruda in that setting. The agency had previously turned down the company when it sought approval based on pathological complete response data in 2019. (Also see "Merck & Co.’s Keytruda Gets Fighting Chance In TNBC" - Scrip, 13 May, 2021.)

Assuming KEYNOTE-091 in NSCLC is successful, Merck will find itself competing against Tecentriq. Roche presented produced positive data from the Phase III IMpower010 trial at ASCO, showing a significant improvement in DFS for Tecentriq compared to best supportive care (BSC) – in all comers, 42.3 months vs. 35.3 months, respectively, while the median was not reached for patients with at least 1% PD-L1 expression. Traditionally the largest market for IO, adjuvant NSCLC could be even more lucrative than adjuvant RCC, with analysts valuing the opportunity at around $3bn annually. (Also see "Roche Hopes To Gain Broad Market For Tecentriq In Adjuvant NSCLC" - Scrip, 19 May, 2021.)

Organon Is Serious About Building A Women's Health Company, Deal By Deal

Five Late-Breakers To Watch For At ASCO 2021