How A Small Chinese Biotech Is Taking On mRNA Vaccine Giants

Originated by a Suzhou-based biotech founded two years ago and now being jointly developed with WalVax, China’s first homegrown mRNA COVID-19 vaccine is now entering the final stages of development. 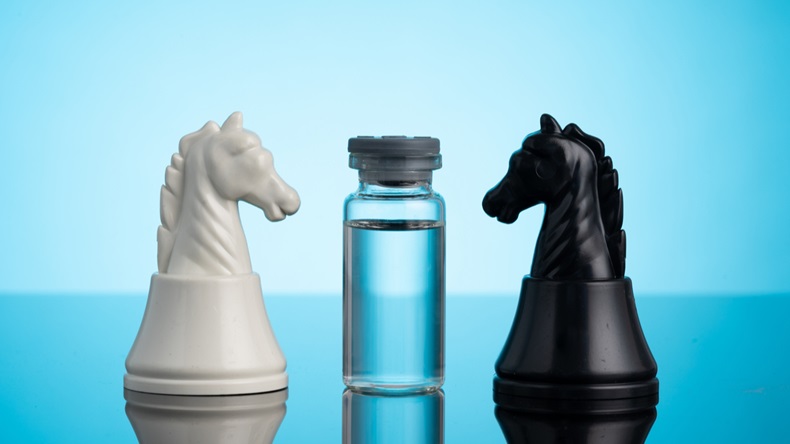 Announced by Mexico's foreign minister Marcelo Ebrard on 11 May, a China-developed mRNA vaccine for COVID-19 is now entering Phase III development in the country, which has been battling surging cases and new virus variants.

Mexico has already ordered other Chinese vaccines, including CoronaVac from Sinovac Biotech Ltd. and a similar inactivated virus-based vaccine from state-owned Sinopharm Group Co. Ltd., as well as an adenovirus-based vaccine from CanSino Biologics Inc.. The new study, however, will potentially usher in the first vaccine made in China to use the advanced platform which has been so successful for several western developers.

The candidate has been developed by ABOGEN INC, a biotech startup founded in January 2019 in Suzhou’s Biobay area, where a large biotech cluster has formed over the last decade.

Company founder BoYing previously worked at Onkaido Theraputics, a venture under Moderna, Inc., and before that at Dicerna Pharmaceuticals, Inc. as a senior scientist and group leader. Boston-based Moderna is one of two developers to have successfully developed and launched an mRNA COVID-19 vaccine, after Pfizer Inc./BioNTech SE, while US biotech Dicerna is a front-trunner in RNA drug development.

His LinkedIn profile shows that Ying has at least seven years' experience in RNA technology from working in the two companies, but he has recognized that mRNA vaccine development is different ball game, especially for a newly founded bioventure.

“Vaccine development is a very specialized area and we lack experience developing it in China,” Ying told local drug development portal Tongxieyi in an interview last October. “Through collaboration, we can leverage the expertise of an established company to accelerate our learning and growth, and also to lower risks and realize synergy,” he added.

To this end, in May the small firm announced it had chosen Walvax Biotechnology Co Ltd as a partner to jointly develop its mRNA vaccine, ARCoV. A Shenzhen-listed vaccine developer, WalVax appeared eager to jump aboard the fast-moving COVID-19 vaccine bandwagon.

The notable difference for Abogen's ARCoV is it a themostable mRNA vaccine, meaning it's stable between 4C to 25C in at least one week, requiring less strict colds torage.

In August 2020, Ying and researchers at Beijing Proteome Research Center, National Center for Food and Drug Control published a phase I study results in Cell Press, in which they show that it "stability test results showed that our formulation maintained in vivo delivery efficiency at 4C and 25C for at least 1 week".

From first development to the final stage of trials, mRNA vaccines have broken records for what is usually a time-consuming clinical process.

With a thought to “do something," Ying started Abogen in January 2019 and decided to take on mRNA vaccine as the startup’s first major project. Development has since steamed forward, aided by China’s determination to develop a full line of vaccines to fight the pandemic, starting from well-tried platforms to those based on the latest technical methods.

Aside from WalVax, the China Military Academy of Medical Science, a partner of CanSino for its adenovirus vaccine, also became a partner of Abogen’s from early on.

The combination of an innovative startup by a US returnee, a large domestic player and a research organization with government backing proved able to propel potentially the first made in China mRNA vaccine to the world stage. Officials in China have said that first mRNA vaccine would be available within this year.

In May 2020, Abogen got the green light for an investigative new drug application from China’s regulatory agency, the National Medical Products Administration. The startup’s then nine-person team didn’t take a single day off during the development process and Ying frequently stood in front of his office desk to force himself to focus, he recalled in the interview.

When setting up Abogen, Ying chose mRNA as a platform technology for multiple potential therapies for cancer, infectious diseases and rare conditions caused by protein deficiencies.

But the fast-spreading coronavirus outbreak forced the company to focus on vaccines, a sector that wasn’t initially prioritized but in which a small biotech has an advantage over larger and state-owned companies, given their general lack of innovation and the Chinese government’s goal to have a full line of vaccines available to a country with a 1.4 billion population, Ke Wu, CEO of BravoVax Co Ltd, a Wuhan-based domestic vaccine maker told Scrip in an earlier interview.

How One China State-Owned Group Became A Behemoth, Powered By COVID-19

Already producing a broader range of biologics than any biotech firm in the world, from antibodies via plasma products to testing assays to vaccines, the state-owned China National Biotec Group is becoming even bigger with policy support and one surprising helper: the coronavirus pandemic. But might it face challenges from innovators and foreign firms in a changing environment?

“The government makes sure the vaccines are safe and has a Plan B of developing ones other than inactivated vaccines. The plan for alternatives generated opportunities [for innovative vaccines],” said the vaccine development veteran.

Ying said he had contemplated among nearly 10 sequences and chosen a receptor-binding domain-based sequence for the vaccine, based on ensuring clinical success.

Money followed and publicly-traded WalVax pledged CNY80m ($12m) for joint development; its shares have since soared 30%.

With years of experience at Dicerna and Moderna, Ying positioned his vaccine as a director competitor to Moderna, Pfizer/BioNTech and CureVac NV. Both Moderna and BioNTech use a liposome nanoparticle carrier (LNP) to transport the protein into the body, in-house for Moderna while BioNTech licensed this from a partner for its BNT162B2 vaccine. Abogen developed its own LNP rather than licensing from others.

Cambridge, MA-based Moderna has fast become a leading global biotech given its rapid vaccine development, which was driven in large part by support from the US government and other investors. Similarly, Abogen has been on fertile ground and is a rapidly rising biotech startup after a mere two years of existence.

The company’s chosen location, Suzhou, has meanwhile become China’s answer to Boston for biotech startups. The local government has made attractive offers to lure US and overseas returnees to set up shop and the Biobay biotech cluster has become a go-to spot.

Despite Abogen's mRNA vaccine entering Phase III in Mexico in a planned 6,000 volunteer study, Ying said mRNA technology still has a long way to go in China, due to it being so novel that it will require a whole supply chain to nurture.

“Not only investors but also researchers, we need more to get mRNA more familiar,” Ying told Tongxieyi. “More experts can help address the common issues we face and facilitate the early arrival of a mRNA therapies era.”