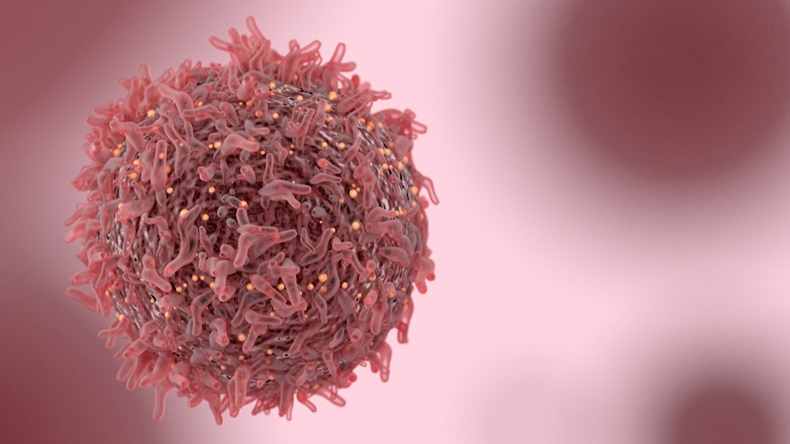 Source: Shutterstock The complexities of cancer cells are gradually being unpicked

Inhibitors of DNA damage response proteins are in the spotlight after the success of PARP inhibitors, and Zentalis Pharmaceuticals's WEE1 inhibitor, ZN-c3, has been associated with promising antitumor activity in a Phase I study in heavily pre-treated, refractory cancer patients.

WEE1 is a protein involved in DNA damage responses, and its inhibition leads to the accumulation of damaged DNA in cancer cells leading to cell death. Zentalis believes ZN-c3 has the potential to be a best-in-class small molecule.

In the Phase I study, there were two partial responses, in one ovarian cancer and one colorectal cancer patient, and three unconfirmed partial responses, one in non-small cell lung carcinoma and two in uterine serous carcinoma patients, according to data presented during a late-breaking session during the virtual American Association of Cancer Research (AACR) meeting.

The compound was well tolerated, and as well as identifying a dose for the Phase II portion of the study, US biotech Zentalis said it was planning a Phase I/II study of ZN-c3 in combination with chemotherapy in osteosarcoma, to start in the third quarter of 2021. ZN-c3 is also being evaluated in combination with chemotherapy in a Phase Ib study in patients with advanced ovarian cancer, and a Phase II study of ZN-c3 as a monotherapy for uterine serous carcinoma is planned for this year.

Analysts at Biomedtracker noted that an oral dose of 300mg every day with continuous dosing is the recommended Phase II dose of ZN-c3 when used as a monotherapy, while SVBLeerink analysts noted that all responders had TP53 mutations, and in patients with uterine serous carcinoma, there were two unconfirmed responses in five evaluable patients, giving an overall response rate of around 40%.

In eight evaluable patients in the high-dose cohort of a monotherapy trial with US biotech Pieris Pharmaceuticals, Inc.'s bispecific compound, cinrebafusp alfa, the fusion protein was associated with one complete response in patients with HER2-positive malignancies, one partial response and three patients developing stable disease, giving an objective response rate of 25%, reported Sarina Piha-Paul of the MD Anderson Cancer Center, Houston.

Cinrebafusp alfa was well tolerated and increases in CD8-positive T-cells, NK cells and cytotoxic activity in the tumor microenvironment appeared to be dose-dependent, Piha-Paul noted. Cinrebafusp alfa has a HER2-targeting moiety and another that activates the 4-1BB pathway, and showed clinical activity in both hot and “cold tumors”, and in those with low HER2-expressing tumors, she added.

All five patients who received single doses of HB-201 or HB-202 produced T-cells specific to HPV16 two weeks after administration, and the candidates also increased gamma-interferon levels, indicating their immune systems were activated, according to late-breaking data presented at the AACR meeting.

“Our novel arenavirus platform has the potential to be a new class of immunotherapeutics,” commented Hookipa CEO Joern Aldag. Further data read-outs are expected in the coming months, he added.

After a previously developed KRAS inhibitor developed by Eli Lilly failed in Phase I due to toxicity concerns, company researchers have now presented preclinical data on another candidate, LY3537982, showing it to be highly selective. Phase I studies are planned for this year. (Also see "Lilly Points To Six-Month Growth Instead Of Pandemic Impacted Q2" - Scrip, 30 Jul, 2020.)

LY3537982 in in vitro studies occupied more than 90% of its target, and induced tumor regression in animal models, noted Sheng-Bin Peng and colleagues. Other KRAS-G12C inhibitors in development have relatively modest activity, possibly due to incomplete target occupancy, the researchers add.

Finance Watch: Five Biopharma IPOs Bring US Total To 60 In 2021

Lilly Points To Six-Month Growth Instead Of Pandemic Impacted Q2