As Takeda pays down debt associated with the acquisition of Shire and advances R&D programs toward global filings, the company is selling its growth plan to investors – but are they buying? 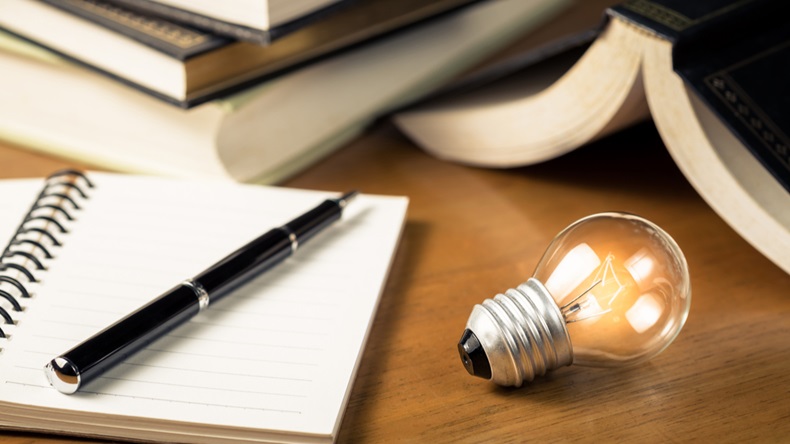 Source: Shutterstock Takeda is telling an updated growth story after its Shire acquisition

Takeda Pharmaceutical Co. Ltd. has reshaped its image as a growing global company, which has led to success in recruiting top talent and negotiating agreements with new partners, according to president of research and development Andy Plump. But despite writing a new growth story, the Japanese big pharma still is struggling to sell its plan to investors.

“The challenge we've had is with our investor base,” Plump said. “What they see is a company that has huge debt.” Takeda has sold off about $11.6bn worth of non-core assets to pay down the tens of billions of dollars in debt it incurred when it bought Shire PLC for $62bn, including loans to finance the deal and assumption of Shire’s outstanding debt. (Also see "Takeda's Weber: ‘Everything Relies On Our Ability To Deliver Innovative Medicines’ " - Scrip, 7 Jan, 2019.)

However, Takeda’s revenue also has grown considerably since the deal closed, reaching $23.1bn through the third quarter of fiscal year 2020, or 31 December 2020. (Also see "Takeda Expects Stronger Net Profit On Lower Tax" - Scrip, 4 Feb, 2021.) The company’s revenue guidance for the full fiscal year is about $30.4bn versus the roughly $20bn in revenue realized in fiscal 2019. Takeda said in December that it expects revenue to total $48bn by fiscal 2030 due to growth from its existing products and new sales from drug candidates approved over the next several years.

“We have a marketed portfolio that's quite attractive, but we don't have a lot of lifecycle management driving growth,” Plump said. “And so, we've been asked repeatedly to be more engaged, and to be more declarative as to what we're seeing and to share more.”

Takeda tries to get investors as excited as it is about the first wave of post-R&D reorganization candidates coming through, as it lays out 'ambitious but achievable' revenue target.

“We've been stepping out in front of ourselves trying to be more explicit around what these Wave 1 products are, and we've gotten a lot of positive feedback from investors,” Plump said. “They haven't invested yet; the stock is still stagnant. That will change this year .... I think 2021 will be an inflection year for us.”

Takeda is the only pharma company that trades on both the Tokyo Stock Exchange and the New York Stock Exchange. However, its US stock price fell by about 50% to the $20 per share range during the two months after it announced the Shire acquisition in March 2018, and it has not closed above $20 so far in 2021. (Also see "Takeda Grabs Shire At Last After Long Pursuit" - Scrip, 8 May, 2018.)

Takeda has a lot of work to do to sell investors on its growth story, which depends on new drugs in niche indications and diseases with no or few approved therapies.

Cowen analyst Ken Cacciatore pointed out in a 4 February note that beyond Takeda’s repayment of debt, delivering on its R&D pipeline promises is crucial as legacy Shire hemophilia products continue to face competitive pressures and with patent expirations coming for multiple products between 2023 and 2026, including the inflammatory bowel disease blockbuster Entyvio (vedolizumab) – the company’s top-selling product.

“Unfortunately, our faith/belief in the pipeline doesn't yet match our concern for these known realities, but we do remain hopeful that progress this year could help transition our thoughts,” Cacciatore wrote.

First up is Eohilia (TAK-721, oral budesonide suspension) for eosinophilic esophagitis, a disease with no approved drugs. The US Food and Drug Administration is reviewing Takeda’s new drug application (NDA) for Eohilia with a decision due in April after the FDA granted the drug a breakthrough therapy designation and accepted the NDA for priority review.

Takeda plans to submit another six of its Wave 1 drugs for regulatory approvals by the end of fiscal year 2021 with approvals expected in FY2021 and FY2022. That means the company could have three FDA approvals per year for the next two years – something achieved by only two pharma firms in 2020.

“There are no guarantees, but these aren't long shots,” Plump said.

Maribavir could be the first agent to treat cytomegalovirus (CMV) infections in more than a decade, starting with the treatment of transplant recipients with treatment-refractory or resistant CMV. Takeda reported positive top-line results from the first of two pivotal Phase III studies for the breakthrough-designated drug in December.

Another near-term submission is planned for the company’s dengue vaccine TAK-003, which Plump describes as a misunderstood opportunity; Takeda has projected peak sales of $700m-$1.6bn.

“We now have three-year data on all subjects who are enrolled in the 21,000-patient TIDES Phase III program,” Plump said. “It's not a perfect vaccine – as we see with COVID, that doesn't exist – but it's an outstanding vaccine, and it's a vaccine where we see efficacy on hospitalization in the 90% range, so very similar to what we're seeing in terms of efficacy with the COVID vaccines.”

However, he conceded, “it's a therapy that the outside world has trouble getting its head around for two reasons. One is the market is predominantly not the United States and Europe – you're talking about endemic regions of the world, like Southeast Asia and Latin America, but it's a massive health care problem.”

“The second reason that people have trouble getting their head around it is the precedent,” Plump continued. “The existing vaccine against dengue … carries safety risk and so that has caused a lot of concern and geopolitical issues, etc., because these vaccines are driven into countries that are kind of mid-income level countries or poor countries. We don't have those safety concerns. We've got solid efficacy and it's a safe vaccine, so it's a program that we're really looking forward to.” (Also see "Will Sanofi’s Dengvaxia Woes Spiral Beyond The Philippines?" - Scrip, 6 Feb, 2018.)

Overall, Plump said that in his seventh year with Takeda the R&D roots that the company has planted during that time are beginning to bear fruits. “And what we built is not just a few programs that are going to be coming out this year, maybe a few next year,” he said. “It's a pipeline that really is sustainable.”

Following behind the programs in eosinophilic esophagitis, NSCLC, CMV and dengue are orexin agonists for narcolepsy and idiopathic hypersomnia, which the company expects to generate up to $6bn in sales, and the chimeric antigen receptor (CAR) natural killer (NK) cell therapy TAK-007, which could provide up to $1.5bn in sales across various hematological malignancies.

“And then beyond that we have the foundation that we've built, which are research-based platform partnerships and our Wave 2 pipeline,” Plump said.

Bank of America analysts said in a 12 February note that the first Phase II results for the orexin agonist TAK-994 could be reported during an R&D briefing Takeda has scheduled for 6 April.

While Takeda continues to integrate and advance the drugs from Shire’s pipeline, such as Eohilia and maribavir, and pay down the debt associated with that transaction, the company’s business development strategy is focused on partnering transactions rather than acquisitions or licensing transactions for later-stage programs.

Plump said Takeda has set a high bar for innovation in its deal-making activities with a focus on early-stage programs addressing major unmet medical needs in the company’s core therapeutic areas of oncology, neuroscience, gastrointestinal diseases and rare genetic and hematological disorders. The company is looking for transformative medicines across all drug modalities, including small molecules, biologics, and cell and gene therapies.

“We have not focused at all on acquisitions, very little late-stage, but we've continued to do fundamentally what has gotten us to where we are, which is to augment our strong internal laboratory with research and development partnerships,” Plump said. “Actually, over the last few years, we've spent almost $1bn in upfronts in continuing to build out this model, and we'll continue.”

“While we still will do partnerships in oncology, as we've just done with KSQ, more of the focus is on executing on the existing partnerships and trying to build those out,” Plump said. “A couple of our biotech partnerships we formed several years ago are build-to-buy options where next year we'll have decisions as to whether we want to buy and bring into Takeda fully the platform, so that will be a big part of what we're doing.”

Innovative early deals, such as a recent agreement with PeptiDream Inc., will continue to be a focus even if Takeda decides to buy some of the ventures it has helped build. The company partnered with PeptiDream in December on the discovery of peptide-drug conjugates for neuromuscular diseases. (Also see "Deal Watch: GSK Makes $85m Wager On Surface’s Preclinical NK Cell Therapy" - Scrip, 21 Dec, 2020.)

“We're bringing together a capability that Takeda has and matching it with a capability that PeptiDream has – our capability is strength in antisense oligonucleotide chemistry; their capability is they've developed a peptide that can be conjugated to that oligonucleotide and targeted to muscle,” Plump said. “One of our areas of strategic interest in neuroscience is in rare neurology and there are huge applications, huge opportunities, and by bringing our antisense together with their targeting peptides, we think that we can really transform the field.”

Takeda's Weber: ‘Everything Relies On Our Ability To Deliver Innovative Medicines’

Will Sanofi’s Dengvaxia Woes Spiral Beyond The Philippines?

Executives On The Move: Celectis, AbbVie and More