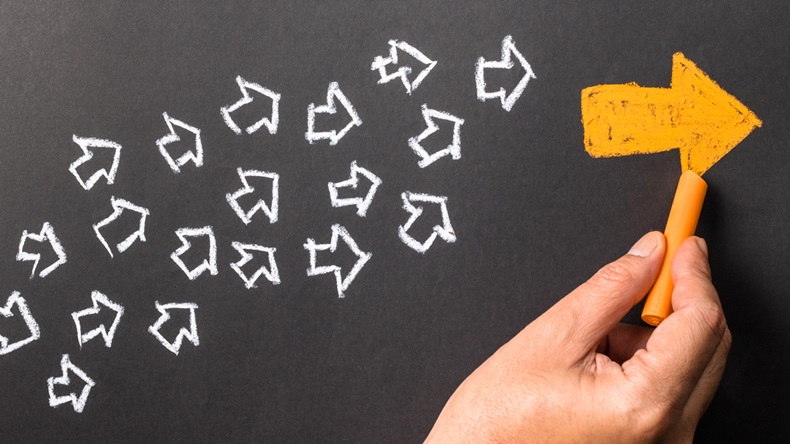 Source: Shutterstock BMS/bluebird's ide-cel is in the lead but many CAR-T approaches follow

Allogene Therapeutics Inc. presented the first-ever clinical trial results at ASH for an off-the-shelf allogeneic BCMA-targeting CAR-T therapy – made from donor T-cells rather than from each patient’s own cells, like the autologous candidates from BMS/bluebird and Janssen/Legend. Also, Poseida Therapeutics, Inc., Cellular Biomedicine Group, Inc. (CBMG), Gracell Biotechnologies Co. Ltd., CARsgen Therapeutics and Arcellx, Inc. each presented data from their novel takes on autologous treatments with impressive early results.

BMS and bluebird are likely to win the first approval for a CAR-T therapy targeting BCMA on myeloma cells, since the biologic license application (BLA) for their candidate idecabtagene vicleucel (ide-cel; bb2121) has a US Food and Drug Administration action date of 27 March. (Also see "Approval Of BMS/Bluebird’s Ide-Cel May Come Just In Time" - Scrip, 22 Sep, 2020.) However, longer-term data for ciltacabtagene autoleucel (cilta-cel; JNJ-4528) from Johnson & Johnson subsidiary Janssen and partner Legend showed that response rates continue to outpace results seen with ide-cel.

Cilta-cel maintained high response rates in longer-term multiple myeloma data, but ide-cel causes less cytokine release syndrome and severe neurotoxicity – and it has a March decision date at the US FDA.

Analysts see the 97% overall response rate (ORR) and 67% complete response (CR) rate among 97 patients treated with cilta-cel in the Phase Ib/II CARTITUDE-1 clinical trial as a high bar for other BCMA-targeting therapies to meet. Janssen plans to submit a BLA for cilta-cel to the US FDA by the end of 2020, so it may quickly follow ide-cel onto the market.

Updated Phase I results from BMS and bluebird at ASH showed a 76% ORR and 39% CR rate among 62 patients in the CRB-401 study, but with a lower rate of cytokine release syndrome (CRS) and a lower incidence of severe neurotoxicity than seen with cilta-cel. CRS and neurotoxicity are early-onset and sometimes severe adverse events often associated with CAR-T products.

Next-generation BCMA-targeting CAR-T therapies aim to improve upon the convenience, response rates, safety and durability of their predecessors through various means. For instance, Allogene’s allogeneic therapy ALLO-715 was administered to 90% of the initial patients in its ongoing Phase I UNIVERSAL trial while it typically takes a few weeks for autologous CAR-T therapy makers weeks to receive, reengineer and return boosted T-cells to patients enrolled in their trials.

The UNIVERSAL trial also is testing ALLO-647, Allogene’s anti-CD52 monoclonal antibody, as part of the fludarabine and cytarabine pre-conditioning chemotherapy regimen typically given to patients before infusion of CAR-T cells. ALLO-647 so far appears to be working as it is designed, which is to help the chemo regimen more effectively clear out the patients’ own immune cells so that the native T-cells do not block the effects of the ALLO-715 CAR-T cells. Patients who received a higher dose of ALLO-647 had higher response rates than those who received a lower dose.

Poseida presented early results for its candidate P-BCMA-101 that showed a new nanoplasmid-based manufacturing process resulted in better responses than those seen in the first few patients treated with the CAR-T product manufactured with the company’s first-generation plasmid. P-BCMA-101 was developed with Poseida’s piggyBac platform, which uses a non-viral vector – a transposon – to deliver CAR-T cells to targeted cancer cells.

The nanoplasmid encapsulates the transposon and is less toxic, since it is smaller than the prior plasmid. Its small size makes it easier to work with in manufacturing and leads to a higher CAR-T cell yield and produces healthier cells with greater capacity to proliferate in the patient. In addition, P-BCMA-101’s original differentiating characteristics, such as its ability to generate a high percentage of stem cell memory cells, were maintained. (Also see "Poseida, Legend/Janssen Look To Snag Celgene/Bluebird's BCMA Crown" - Scrip, 4 Dec, 2018.) Poseida is using the nanoplasmid technology, which it licensed from Nature Technology Corp., to manufacture all of its CAR-T therapies going forward.

CEO Eric Ostertag said in an interview with Scrip that the company continues to evaluate dosing of P-BCMA-101 in its Phase I trial using the nanoplasmid manufacturing process and is fine-tuning its lymphodepletion regimen, but it has ruled out at least one dosing strategy already. Cyclic dosing – administering the CAR-T cells in two or three separate infusions – did not impact efficacy and it will not be used going forward. The company still is testing lymphodepletion regimens that include Rituxan (rituximab) or Revlimid (lenalidomide) but hasn’t ruled out either agent.

“We have still a little bit more work to do to decide about whether or not to proceed with the Rituxan or the Revlimid, and that decision should be made in the first quarter of next year,” Ostertag said. “Once we have the pre-conditioning homed in, and once we have the dose homed in, then all patients at that point are full speed ahead in the Phase II portion of the trial.”

The company also plans to file an investigational new drug (IND) application with the US FDA in 2021 for its first allogeneic CAR-T therapy, which also will target BCMA for the treatment of multiple myeloma.

Among the other autologous BCMA-targeting CAR-T therapies presented at ASH:

The table below lists the response rates and incidence of CRS and neurotoxicity for these novel BCMA-targeting CAR-T therapies.

The relapsed or refractory multiple myeloma patients in these studies had four to eight median prior lines of therapy across these studies, so they were heavily pre-treated with standard-of-care regimens. Most were triple-refractory, meaning their disease progressed after treatment with an immunomodulatory drug (IMiD), proteasome inhibitor (PI) and a CD38 inhibitor. Many patients were penta-refractory, having progressed after five different myeloma therapies.

“In general, response data have been skewed toward VGPRs, and given that Johnson & Johnson showed data from the CARTITUDE-1 study showing more rapid progression among these patients compared to those achieving an sCR, it seems likely that given a choice, physicians would choose a therapy with the greater chance of achieving a sCR or CR,” William Blair analysts Raju Prasad and Matt Phipps said in a 7 December report on ASH presentations for BCMA-targeting therapies.

The William Blair report noted that with lower response rates than ide-cel, BMS/bluebird’s bb21217 does not appear to perform as well as its predecessor, despite what may be more durable responses.

“Allogeneic dosing has its advantages, but efficacy falls short of that shown by autologous CAR-Ts, and possibly bispecifics, thus far. We'll need to see more to get excited,” Bernstein analysts Vincent Chen and Ronny Gal said in a 6 December note. They weren’t convinced that the 480 million cell dose of ALLO-715 that has only recently been implemented in Allogene’s Phase I trial will be significantly more effective than the 320 million cell dose highlighted at ASH.

Allogene CEO David Chang told Scrip that the company is pleased with the efficacy data to date because it indicates that ALLO-715 is an active BCMA-targeting therapy in these difficult-to-treat patients, but he acknowledged that the company still has work to do in terms of testing higher doses that may generate higher response rates as well as to determine the best dose and lymphodepletion regimen for a Phase II clinical trial.

“Of course, this is Phase I, but all the indications are very positive,” Chang said. “In terms of the overall safety that we are seeing – and this is, ranging from graft-versus-host disease, cytokine release syndrome, neurotoxicity and infection – all of these look quite manageable and, if anything, some are favorable compared to what other cell therapies have shown.”

The company has two additional strategies to improve on the allogeneic BCMA-targeting CAR-T data it has presented to date. First, it will begin enrolling patients in UNIVERSAL in 2021 that will be treated with ALLO-715 and SpringWorks Therapeutics Inc.’s gamma secretase inhibitor nirogacestat, which should increase the expression of BCMA on myeloma cells and that should prompt greater expansion of ALLO-715 cells.

Allogene also plans to submit an investigational new drug (IND) application to the US FDA during the first half of 2021 to test ALLO-605, an allogeneic BCMA-targeting CAR-T therapy developed with the company’s TurboCAR technology, which harnesses the patients’ cytokines to aid in CAR-T cell expansion, persistence and efficacy.

Initial data for Allogene's ALLO-501 in lymphoma were presented at the end of May. (Also see "Allogene Takes Step Closer To Off-The-Shelf CAR-Ts" - Scrip, 31 May, 2020.)

As for the earlier-stage autologous BCMA-targeting programs in multiple myeloma presented at ASH, the Bernstein analysts were impressed with CARsgen’s 94% ORR for CT053, which they said “is competitive with [Janssen/Legend’s cilta-cel] and we imagine that responses will deepen somewhat with more runout, but it may be hard to hit the high bar set by the current leader [cilta-cel].”

Similarly, the Bernstein analysts said the data for the dual BCMA/CD19-targeting CAR-T construct that Gracell used for GC012F “looks quite impressive and similar to [cilta-cel] and if the higher dose keeps doing this well, maybe it’s better.”

They noted that the results for P-BCMA-101 are impressive for the nanoplasmid-encapsulated cells but said more data from additional doses are needed before Poseida’s new manufacturing process can be considered a game-changer for the therapy.

The (Non-COVID) Clinical Trial Hits And Misses Of 2020

ASH 2020: Bispecifics Battle For Share Of BCMA Market In Myeloma