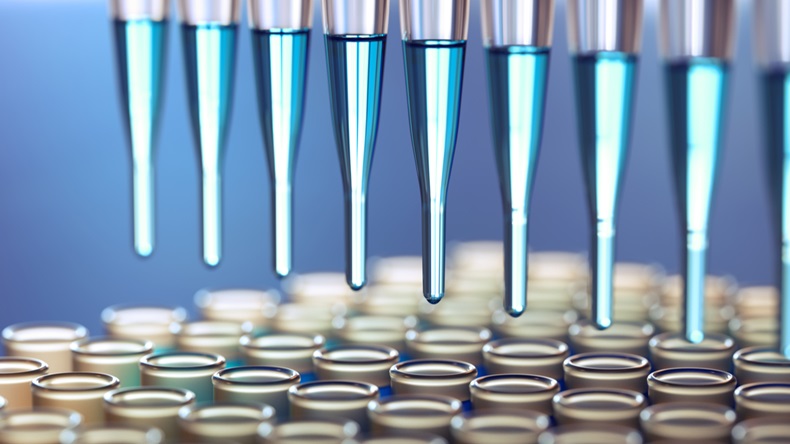 National Resilience Inc., a new company backed by a rich $800m investment and an impressive leadership pedigree, aims to tackle next-generation biopharma manufacturing challenges, starting in 2021. The company will focus on developing new technologies to manufacture the most complex medicines including cell and gene therapies, viral vectors, vaccines and proteins.

"We are working on technology that is disruptive. It's not just process-development of existing platforms," CEO Rahul Singhvi said in an interview. "We actually look more like a special force, or a problem-solving unit, than a [contract manufacturing organization]."

Singhvi was lured away from Flagship Pioneering to take the CEO position, attracted by the lucrative financing and stellar team being assembled by ARCH Ventures founder Robert Nelsen. Resilience announced a $750m Series A financing on 23 November, bringing its total financing to $800m. Nelson is chairman of the company's board, and ARCH led the investment, whose participants also included 8VC, GV (formerly Google Ventures) and NEA, as well as some foundations, mutual funds and US-based pharmaceutical companies.

Singhvi got a phone call from Yang about the opportunity in June and was intrigued by the opportunity as someone who had been watching the increasing gap between developments in innovative therapeutics and developments in manufacturing. Before Flagship, he worked at Takeda Pharmaceutical Co. Ltd. as COO of vaccines and was the CEO at Novavax, Inc..

"COVID-19 was the lightning rod for folks like Bob Nelsen and others to make this a priority," Singhvi said. "I think it became obvious to them…[that] manufacturing is a real big pain point so that served as the catalyst to drive this company."

Resilience has already acquired one contract manufacturing organization and is acquiring a second, both of which are located in either the US or Canada.

"We are in the process of acquiring a number of different technologies and building the laboratories," Singhvi said. "In parallel, we feel it is very important for us to have experience with customers, so we have also acquired companies that are already operating and already interfacing with customers, so we can get the business started."

Resilience expects to be producing orders in early 2021, but new technology solutions will come later toward the end of the year. The parent company employs 25 people currently, but the two acquisitions will bring in another roughly 550 employees.

Other critical areas the company hopes to improve upon is tech transfer and capacity constraints, so that innovations can be developed faster. The wait time to bring new products online can be lengthy – sometimes up to six to 12 months, which can be critical time for a startup that is burning cash, Singhvi said.

"If you are able to give them capacity sooner, then hopefully that would also be valuable to our customers," he added.

The initial focus is to create a network of manufacturing facilities and laboratories in the US and Canada, an issue COVID-19 put into stark clarity with early concern about the potential for drug shortages and then lack of capacity for manufacturing novel antibodies and vaccines.

"Part of our goal is to solve this double bottom line thing, that we have to be sustainable as a business by solving a market need, but have this infrastructure available in the US so that if we have to then pivot to making vaccines or something else…that we can do that," Singhvi said.