Many Affected, Some Unscathed

As the prolonged COVID-19 pandemic continues to take a toll globally, South Korean pharma firms’ overseas drug development activities are increasingly being disrupted by the impact. 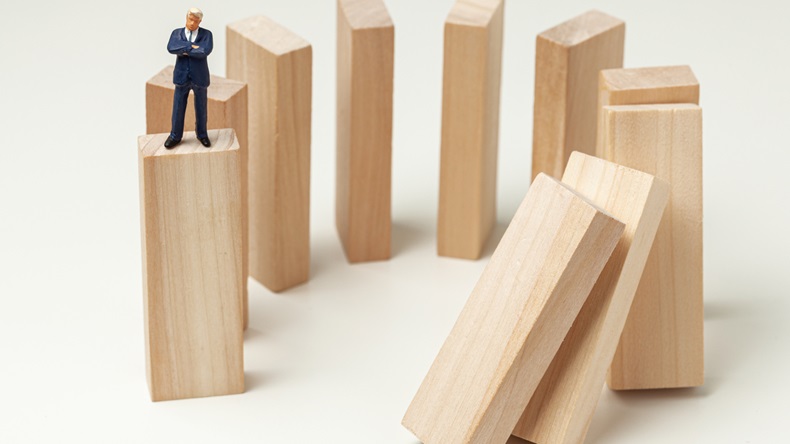 The South Korean pharma/biotech industry, which has been focusing on globalization and cross-border partnerships in recent years, is seeing its own overseas business and clinical trial activities, and the activities of global partners, increasingly affected by the ongoing COVID-19 pandemic.

Dong-A ST and Hanmi Pharmaceutical Co., Ltd., both of which are pursuing international development programs with partners, are facing delays in studies and drug approvals, while GC Pharma, which is seeking direct entries into global markets, is experiencing other difficulties stemming from the prolonged situation.

According to a June white paper on COVID-19 and its impact on the clinical trial space from Informa Pharma Intelligence, clinical trials for therapeutic areas outside of the coronavirus itself are increasingly becoming stalled as social distancing measures are implemented or retained across the world, and pharmaceutical companies shift their R&D efforts towards finding vaccines and treatments for COVID-19.

Since social and travel restrictions were implemented in North America and the EU, public announcements of clinical trial suspensions and delays have increasingly become a daily occurrence; ongoing trials have been impacted by temporary closures, suspensions or outright terminations, while some planned studies have been postponed, delayed, or cancelled.

An analysis of Pharma Intelligence’s Trialtrove and Pharmaprojects data reveals that of the roughly 14,900 ongoing industry trials across the globe, over 500 have been affected, with North America and Europe making up the largest proportion of such sites.

However, given the rapidly changing dynamic of the pandemic and its bearing on trial operations, this likely underestimates the full impact on ongoing trials, with the number of affected studies expected to grow even further as trial dropouts and further postponements are announced.

As far as individual companies with Korean links go, NeuroBo Pharmaceuticals, Inc., which inked a partnership with Dong-A ST in 2018, said it is delaying clinical trials with some of the pipeline assets it has licensed in or acquired from the company because of a resurgence of COVID-19 cases in the country and globally.

Nasdaq-listed NeuroBo had continued work on preparing a US IND submission for NB-02, its multi-component molecule that in preclinical models had shown action on multiple pathways involved in neurodegenerative diseases such as Alzheimer's. The company has now postponed continued work on the IND and the planned first human clinical trials for NB-02 until global health and macroeconomic conditions improve, with a view toward commencing clinical activity in the second half of 2021.

The company has also continued to evaluate a variety of potential options for bringing NB-01, another multi-targeted compound for neuropathic pain, to the market through a different regulatory pathway, including as an orphan drug or for a rare disease indication. Earlier this year, the company delayed Phase III trials with the asset.

Under the 2018 alliance, Dong-A ST also granted to NeuroBo global development and commercialization rights to DA-9801, its botanical drug candidate for diabetic neuropathic pain. The US firm will handle global clinical development, regulatory approval and sales of the drug, which has completed a Phase II US study, while Dong-A will retain sales rights in South Korea. (Also see "Dong-A Ties With NeuroBo For Diabetic Neuropathy, Alzheimer's" - Scrip, 19 Jan, 2018.)

Dong-A also sold DA-9803, its botanical drug candidate for neurodegenerative disease, to the US company. Said to inhibit formation of beta-amyloid, increase neurotransmitters and protect neurons, this has completed a preclinical study in South Korea and is also poised for an IND filing in the US, but development has also been put back by COVID-19.

In Hanmi’s case, the US FDA has delayed the possible marketing approval of its neutropenia drug Rolontis (eflapegrastim), licensed out to Spectrum Pharmaceuticals Inc., because of the impact of the pandemic on the US agency’s ability to conduct overseas plant inspections. (Also see "Inspection Delay Puts Back Hanmi/Spectrum’s Rolontis" - Scrip, 28 Oct, 2020.)

The two have now said they will work with the FDA to schedule and expedite the required inspection of a site in South Korea and have stressed the regulator has confirmed there has been no Complete Response Letter. The delay comes amid a resurgence in cases in the Northeast Asian country since August. One Korean brokerage predicted the Biologics License Application would be completed with a new PDUFA date of 28 February 2021, versus this 24 October originally.

The regulator was unable to inspect Hanmi’s production facility in Pyeongtaek during the current review cycle due to travel restrictions, which prompted the deferral; the inspection, originally slated for this March, had already been rescheduled twice this year.

In a slightly different case, South Korea's GC Pharma Group sold two of its North American subsidiaries earlier this year and has altered its business strategy because of the pandemic impact.

The company had completed capital investment in the Canadian facility, GCBT, but had been requiring workforce and technology support from the South Korean headquarters since 2018 to begin commercial operations, mainly because of a lack of local experts in biologics manufacturing processes. Pandemic-related travel restrictions further delayed the independent operation of the Canadian unit, which had originally been planned for 2021.

GCBT was established primarily to enter the Canadian market, but GC Pharma had to move ahead with the sale to shore up its financial status.

Following the moves, the firm will now focus on operations at its South Korean plasma derivative manufacturing facilities in Ochang, which has doubled its annual capacity to 1.4 million liters ahead of anticipated entry into the US market through immunoglobulin preparations. The company aims to file for US regulatory approval for human immunoglobulin G for intravenous administration (IVIG-SN) 10% late this year.

Meanwhile, some other Korean pharma companies such as SK Biopharmaceuticals Co., Ltd say their overseas business plans are continuing largely unaffected. In June, it said it is maintaining its main business plans for this year. (Also see "SK Bio's 2020 Plans Undeterred By Pandemic" - Scrip, 16 Jun, 2020.)

There had initially been some concern that the global coronavirus outbreak may affect the US launch of epilepsy drug Xcopri (cenobamate) in May, given that many physicians there are dealing with a rapidly worsening COVID-19 situation and there would certainly be limitations to in-person sales and marketing activities.

However, higher than expected use of online tools for remote treatment and prescriptions in the US in general, as well as SK’s extensive new patient access program, have helped mitigate the impact.

SK Biopharma's US subsidiary SK Life Science has said it is strengthening digital platform-based activities such as online campaigns and web seminars to beef up the Xcopri brand and promote sales in the US. Monthly average prescriptions reached 2,260 in the third quarter, higher than the average of 1,300 cases for rival drugs shortly after their US launch.

SK Biopharma is planning to conduct Phase III trials for cenobamate in Japan, China and South Korea early next year to advance into the Asian market. In October, it reached a licensing deal for the drug with Ono Pharmaceutical Company, Ltd. for development and commercialization in Japan. (Also see "SK’s Antiepileptic Speeds Japan Entry Via $500m Ono Partnership" - Scrip, 13 Oct, 2020.)

(Modified on 8 March 2021 to clarify that the late February PDUFA date had been predicted by a Korean brokerage.