Tecfidera Headwinds Could Mean Cuts At Biogen, Unless Aducanumab Succeeds

Biogen lowered revenue guidance for the year by $600m due to Tecfidera generics and said it could consider broader cost cuts in 2021 depending on the outcome of aducanumab at the US FDA. 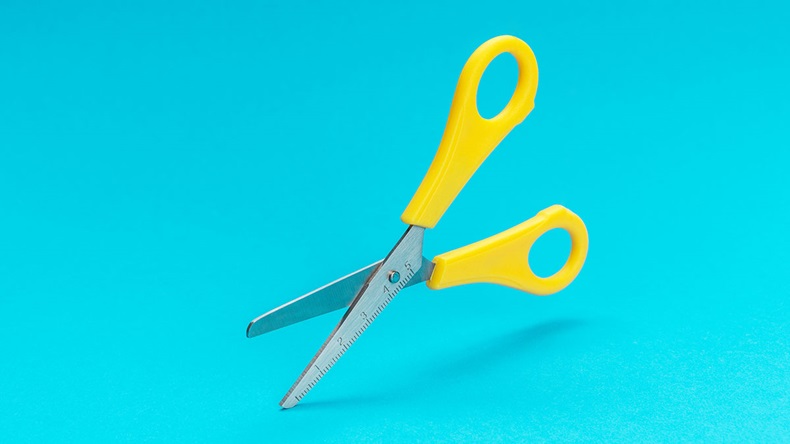 Source: Shutterstock Biogen may have cost cuts ahead in 2021

Biogen, Inc. lowered revenue guidance for the year by $600m and foreshadowed the possibility of cost cuts in 2021 as its blockbuster multiple sclerosis drug Tecfidera (dimethyl fumarate) faces multi-source generic competition for the first time. Management updated investors on the revised guidance during Biogen's third quarter sales and earnings call on 21 October.

Mylan N.V. launched the first generic version of Tecfidera in August, putting Biogen's anchor franchise at risk. (Also see "US Tecfidera Sales Could Plunge By $2.8bn In 2021" - Generics Bulletin, 21 Aug, 2020.) Tecfidera is Biogen's top-selling drug and the loss is already having an impact on Biogen's topline. Tecfidera generated $953m in the third quarter, a decline of 15% over the prior year. The company is hoping to transition patients to a newer drug, Vumerity (diroximel fumarate), but it's not getting much traction. Vumerity generated only $15m in the third quarter.

Sales of Biogen's other big seller, Spinraza (nusinersin), also declined 10% to $495m, with sales of the franchise challenged by COVID-19 and competition. Biogen's total revenues declined 6.6% to $3.38bn.

Biogen's one potentially big near-term commercial opportunity is aducanumab for Alzheimer's disease, which is pending at the US Food and Drug Administration. But an FDA approval is far from guaranteed and investors are anxiously awaiting the outcome of FDA’s Peripheral and Central Nervous System Drugs Advisory Committee meeting on 6 November. (Also see "Is Biogen’s Aducanumab Approvable? Opinions Divided Ahead Of Review" - Scrip, 20 Oct, 2020.) Either way, aducanumab will have a big impact on Biogen in 2021. Biogen also submitted a marketing authorization application for aducanumab to the European Medicines Agency in October.

CEO Michel Vounatsos suggested during the earnings call that Biogen may consider a cost-cutting program in 2021, but the size of any cuts will depend on whether aducanumab is approved. Biogen did cut $400m in costs and simplified some "back office" operations, he said. But, he said, the company needs to remain heavily resourced in the competitive multiple sclerosis market to defend that business and also prepare for the launch of aducanumab.

Chief financial officer Michael McDonnell, who joined Biogen from IQVIA in August, said more clarity on costs would be included in 2021 guidance and when the outcome of aducanumab is more certain.

"In the hopefully unlikely event that we don't have approval, of course we would have an obligation to look at our cost base," he said.

As for Spinraza, a big revenue revenue driver for Biogen recently, the spinal muscular atrophy drug is facing new competition from Roche Holding AG's Evrysdi (risdiplam), which was approved by the FDA in August, as well as Novartis AG gene therapy Zolgensma (onasemnogene abeparvovec-xioi. (Also see "Roche’s Evrysdi Approved For SMA, Priced Below Competitors" - Scrip, 7 Aug, 2020.) Spinraza sales decreased 23% in the US, with both new starts and maintenance doses disrupted by COVID-19 outbreaks, the firm said. But Vounatsos also acknowledged the pandemic is driving some switch to Evrysdi, which is an oral therapy as opposed to intrathecal administration with Spinraza.

Cantor Fitzgerald analyst Alethia Young speculated in a same-day note that the Spinraza revenues could raise more questions from investors about competition from Roche.

"The company lowered the 2020 revenue guidance by $600m, citing generic erosion for Tecfidera, although we wonder if the lowering also accounts for Spinraza competition or is it just Tecfidera generics," Young said.

"We think shares should be weak on weakness related to their base business going forward," Young said. "We do believe that aducanumab likely is the biggest driver for [the] stock now so if stock is weak some investors may buy Biogen shares during the day to play the upcoming Nov. 6 event."

Biogen also revealed two pipeline discontinuations, including a gene therapy in development for SMA, BIIB089. The program had been put on clinical hold by FDA due to dorsal ganglion toxicity which was observed in preclinical studies, including with Novartis' Zolgensma, which remains on a partial clinical trial hold for older patients.
(Also see "Intrathecal Zolgensma Delay Could Allow Competitors To Shine" - Scrip, 23 Sep, 2020.) Biogen said it will pursue a next generation SMA gene therapy instead that it hopes will address the DRG toxicity issue.

The company also said it would discontinue the development of opicinumab (anti-LINGO) in MS after the Phase II AFFINITY study did not meet its primary or secondary endpoints.

Biogen ‘Ready To Launch’ Aducanumab If It Gets The Chance

Outlook For Biogen's Aducanumab Brightens Based On FDA Clues

Year Ahead Could Prove Rough For Private Biotech Financing

Teva Hopes For Revenue Growth For First Time Since 2017