US Biosimilar Spending Poised For Substantial Growth By 2024, IQVIA Says

Biosimilar spending in the US is expected to increase from $5.2bn in 2019 to $27bn in 2024, driven by increased penetration and new biosimilar entries, including for Humira, according to an IQVIA report. 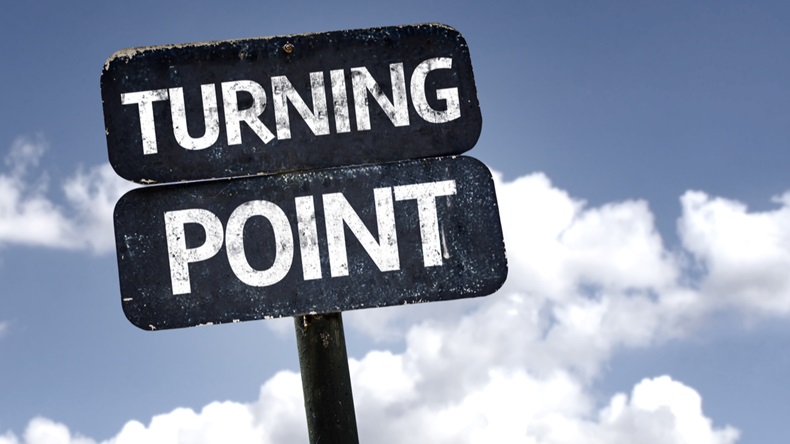 Source: Shutterstock IQVIA says the US biosimilar market has hit an inflection point

The US biosimilar market is gaining momentum and will deliver substantial savings to the health care system through 2024, according to the IQVIA Institute for Human Data Science, as recent launches perform better than the first wave of biosimilars and versions of major biologic brands come to market. But the commercial outlook could dim past the peak of blockbuster biologics as it is uncertain whether biosimilar makers will go after smaller brands.

Biosimilar spending of $5.2bn in 2019 is expected to increase to nearly $27bn in 2024 in the base case forecast in the IQVIA report issued 6 October, driven by increased penetration of biosimilars and new launches.

"The key message is that it seems like we have reached an inflection point in the US with respect to biosimilars," Murray Aitkin, executive director of the IQVIA institute said in an interview. "Until now, we have been discussing them as something with potential and there has also been a discussion about whether biosimilars are a failed concept in the market, but I think what we are bringing forward now shows that we've reached an important turning point."

Savings stemming from biosimilars are modeled by IQVIA to exceed $100bn in aggregate over the next five years, though volume and price dynamics remain uncertain and there is variability in the forecast.

Biologics are generally more expensive than their small molecule counterparts and have been a big driver of increased drug spending in recent years. That's why the development of the biosimilars market has been so closely watched and expected to yield valuable savings. Nonetheless, the market has developed slower than some anticipated in the US.

Biologics represent 43% of invoice-level medicine spending in the US, or about $211bn in 2019, with spending growing at a 14.6% compound annual growth rate (CAGR) over the last five years, compared to a 6.1% CAGR for the total drug market, including small molecules, biologics and biosimilars.

Nonetheless, the growth remains hard to predict since each category of biosimilar attracts a varying number of competitors and pricing strategies, so the IQVIA forecast includes a range of potential outcomes. The scenarios for US biosimilar spending in 2024 range from $16bn-$36bn, with $27bn being the base case.

"There is still a lot of uncertainty about how things will play out even with this turning point having been reached," Aitken said. "The strategies being adopted by both the originators and biosimilar manufacturers clearly influence both the uptake of the biosimilars and cost savings that result."

Factors around the launch of Humira biosimilars will also impact forecasts around the size of the biosimilar market and the magnitude of savings that result, he added.

The year 2019 saw several new important biosimilar launches in the US, including the first versions of Roche's Herceptin (trastuzumab), Avastin (bevacizumab) and Rituxan (rituximab). The categories have also been competitive with multi-source biosimilars.

The three launches are driving increased momentum in the US biosimilar market, with higher uptake than some of the first biosimilar introductions. (Also see "Wave Of Launches Boosts US Biosimilars Market" - In Vivo, 8 Apr, 2020.) The sentiment is one that was echoed at the BIO digital meeting in June as industry experts commented the market appears to be on stronger footing. (Also see "US Biosimilars Market Is On Solid Footing, 10 Years In" - Scrip, 9 Jun, 2020.)

In releasing its second quarter financial results, Roche said the impact from the biosimilar launches in the US, Europe and Japan would be CHF4.7bn ($5.08bn), worse than previously forecast, including negative headwinds from COVID-19 as well. (Also see "Roche Warns Of Bigger Negative Impact From COVID-19 And Biosimilars" - Scrip, 23 Jul, 2020.)

"Clearly, some leading cancer centers have embraced the biosimilars, and 100% of their volume … for bevacizumab is being administered as a biosimilar and not the original molecule, not Avastin," Aitkin said. Nonetheless, some large oncology practices have not made the switch, which he said could be due to contracting with Roche or reticence by oncologists. "It was interesting for us to see the diversity of the range of use of the biosimilars across large cancer centers," he said.

Among leading providers, bevacizumab biosimilar use ranges from zero to 100% with some providers treating entirely with a biosimilar or solely with branded Avastin, although the majority of providers are using both.

Altogether, 33 biosimilars have been approved by the US Food and Drug Administration across 13 molecules, though biosimilars for only 11 molecules have launched. There are 108 additional biosimilars in development across 22 other molecules, according to IQVIA.

Molecules representing 51% of current biologic spending are already facing biosimilar competition or will face it within the next 10 years, based on the current pipeline. The remaining 49% of current spending is from molecules that may not be near-term biosimilar targets, either because they only recently launched and have patent protection for the next decade or because the commercial opportunity has not attracted competitors.

"There is a strong pipeline of biosimilar manufacturers who either have approved drugs that are not on the market or are bringing them through clinical development, suggesting this will continue to be a robust competitive marketplace for some time," Aitkin said.

However, the long-term commercial opportunity for biosimilars remains less rosy. "As these large biologics, the big blockbuster biologics, as they lose exclusivity and the biosimilars come in there, coming behind them are a reasonably large number of smaller biologics even with sales under $100m," Aitkin said. "I think there is a question as to how many biosimilar manufacturers will be attracted to make the investment in clinical development and production to bring those smaller biosimilars to market."

US Prescribers Embrace Oncology Biosimilars; How Will Humira Follow-Ons Fare?

Roche Warns Of Bigger Negative Impact From COVID-19 And Biosimilars

US Biosimilars Market Is On Solid Footing, 10 Years In